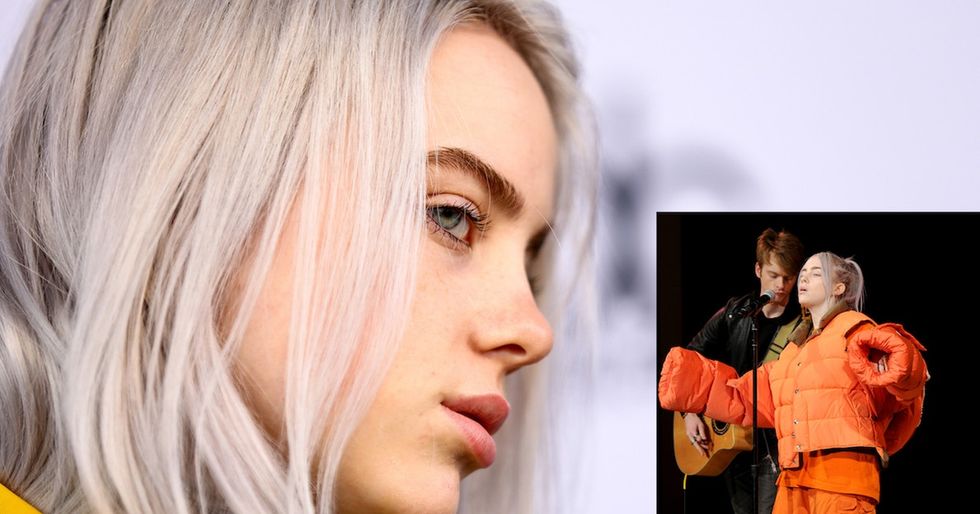 America's biggest female pop stars always have sex appeal. Whether it's their decision or their manager's, the most popular pop stars have always shown a bit of skin.

However, 17-year-old singer Billie Eilish, best known for her hit songs "Bad Guy" and "Bellyache," hasn't buckled to industry pressure to show off her body to sell records.

In a recent 30-second ad for Calvin Klein, the singer shares why she only wears baggy clothing.

“I never want the world to know everything about me," Eilish said in the ad. “I mean, that's why I wear big, baggy clothes. Nobody can have an opinion because they haven't seen what's underneath, you know?"

Billie on stage at Coachella performing with Khalid.

Billie's decision to keep her body under wraps is empowering, especially in a world where young girls are bombarded with touched-up images of women's bodies in magazines and on Instagram.

It's also a strong stance to take as an artist. She's not selling sex, she's selling her talent.