She told a little girl that everything would be OK. The little girl was herself 10 years ago.

After being confronted with homophobia online, Lyra McKee wrote an open letter to herself. 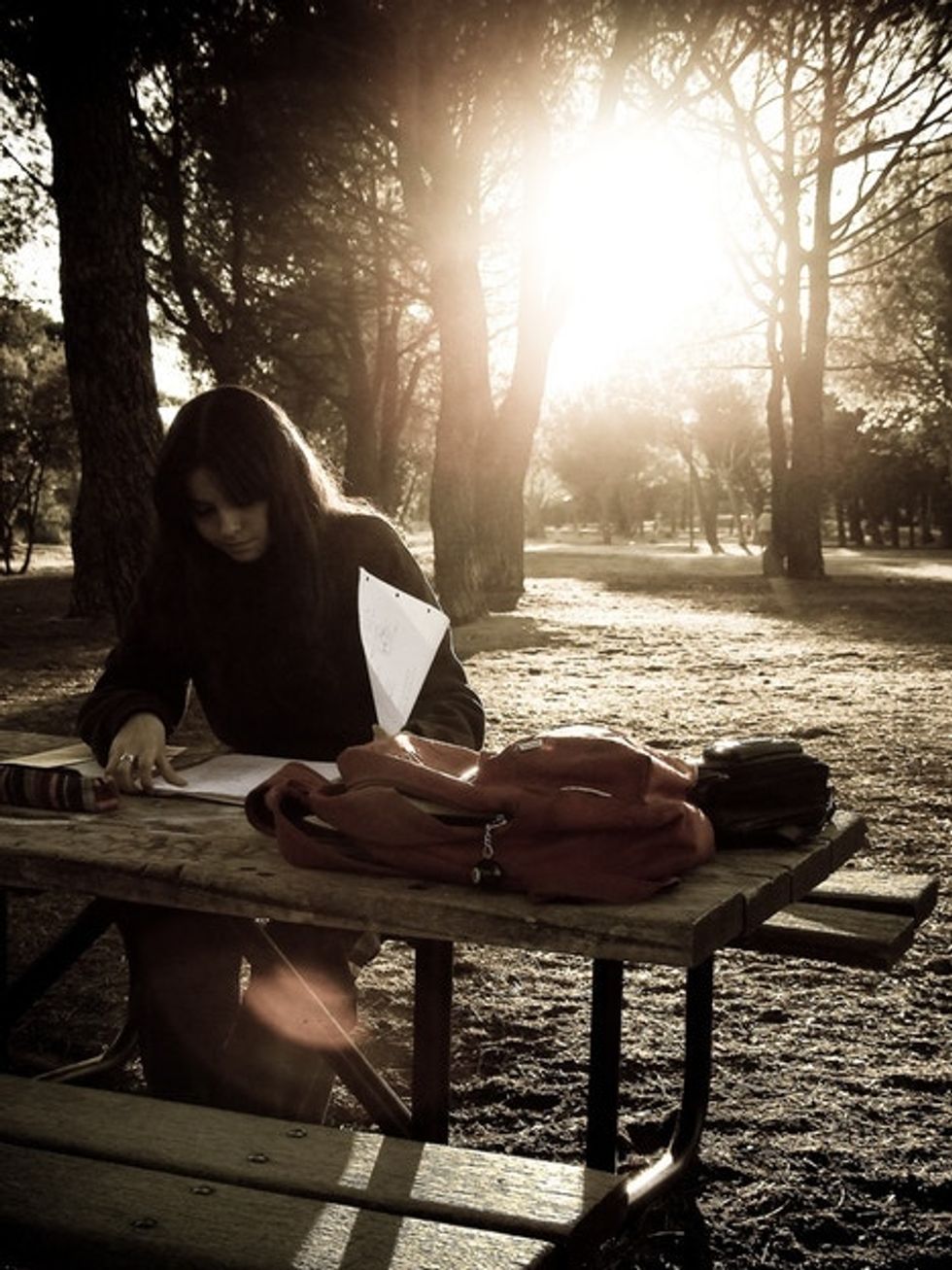 Lyra McKee was happily walking through the Internet when she stumbled on some pretty mean comments coming from a vocal pastor who said, “Two lesbians living together are not a family. They are sexual perverts playing Let's Pretend."

I know you're not feeling that way right now. You're sitting in school. The other kids are making fun of you. You told the wrong person you had a crush and soon, they all knew your secret. It's horrible. They make your life hell. They laugh at you, whisper about you and call you names. It's not nice. And you can't ask an adult for help because if you did that, you'd have to tell them the truth and you can't do that. They can't ever know your secret.

Life is so hard right now. Every day, you wake up wondering who else will find out your secret and hate you.

It won't always be like this. It's going to get better.

"It won't always be like this. It's going to get better."

In a year's time, you're going to join a scheme that trains people your age to be journalists. I know the careers teacher suggested that as an option and you said no, because it sounded boring and all you wanted to do was write, but go with it. For the first time in your life, you will feel like you're good at something useful. You'll have found your calling. You'll meet amazing people. And when the bad times come again — FYI, your first girlfriend is not “the one" and you will screw up that History exam — it will be journalism that helps you soldier on.

In two years time, you will leave school and go to a local technical college. Don't worry — you're going to make friends. These will be your first real friends in semi-adulthood, the people who will answer your calls at 4 O'Clock in the morning. In the years to come, you'll only keep in touch with Gavyn and Jonny but you'll remember the others fondly. When you're 17, you'll tell them your secret and they won't mind. It will take courage but you will do it. Gavyn will become Christian and you will fear that he will hate you but one afternoon, you'll receive a text message saying: “This changes nothing. You'll always be my friend." Accept him for what he is as he has accepted you.

You'll go to university, like you always planned to, but you'll drop out because it reminds you of school where people were cold and you had few friends. The campus is just too big and scary. But this experience will be the making of you. You'll be making your way in the world for the first time. Through this, you will meet the people who become your best friends. They'll help you replace all the bad memories with good ones. For the first time in your life, you will like yourself.

"For the first time in your life, you will like yourself."

Three months before your 21st birthday, you will tell Mum the secret. You will be sobbing and shaking and she will be frightened because she doesn't know what's wrong. Christmas will be just a couple of weeks away. You have to tell her because you've met someone you like and you can't live with the guilt anymore. You can't get the words out so she says it: “Are you gay?" And you will say, “Yes Mummy, I'm so sorry." And instead of getting mad, she will reply “Thank God you're not pregnant". You will crawl into her lap, sobbing, as she holds you and tells you that you are her little girl and how could you ever think that anything would make her love you any less? You will feel like a prisoner who has been given their freedom. You will remember all the times you pleaded with God to help you because you were so afraid and you will feel so foolish because you had nothing to worry about.

"You will tell your siblings. No one will mind."

You will tell your siblings. No one will mind. Mary will hug you in the food court in Castlecourt as you eat KFC together and tell you she's so proud of you. The others will joke about how they always knew. They will all say some variation of "I love you," "I'm so proud of you", "This doesn't change a thing."

You will feel so lucky. You watched James get thrown out of his house after coming out to his parents. You were in Michael's house the night his Mum said she would "beat the gay out of him." You will feel guilty for being the lucky one and getting it easy in the end, even though you went through hell to get there.

Right now, you're wondering if you'll ever be "normal". You are normal. There is nothing wrong with you. You are not going to hell. You did nothing to deserve their hate.

"Right now, you're wondering if you'll ever be 'normal'. You are normal. There is nothing wrong with you."

Life will not only get easier, it will get so much better. You will walk down the street without fear. Teenage boys you've never met will not throw things at you and shout names. Your friends will be the best anyone could ask for. You will be invited to parties. You will have a social life. You will be loved. People will use words like "awesome" and "cool" and "witty" to describe you and you'll forget the times the other kids said you were "weird" and "odd" and a "lesbo".

You will do "normal" things. You will spend time with your Mum. You will go to work and pay your bills. You will go to the cinema with your best friend every week because that's your ritual — dinner then an action movie where things explode. You will fall in love again. You will smile every day, knowing that someone loves you as much as you love them.

Keep hanging on, kid. It's worth it. I love you.