Jude Law finally opened up about Dumbledore's sexuality — kind of. 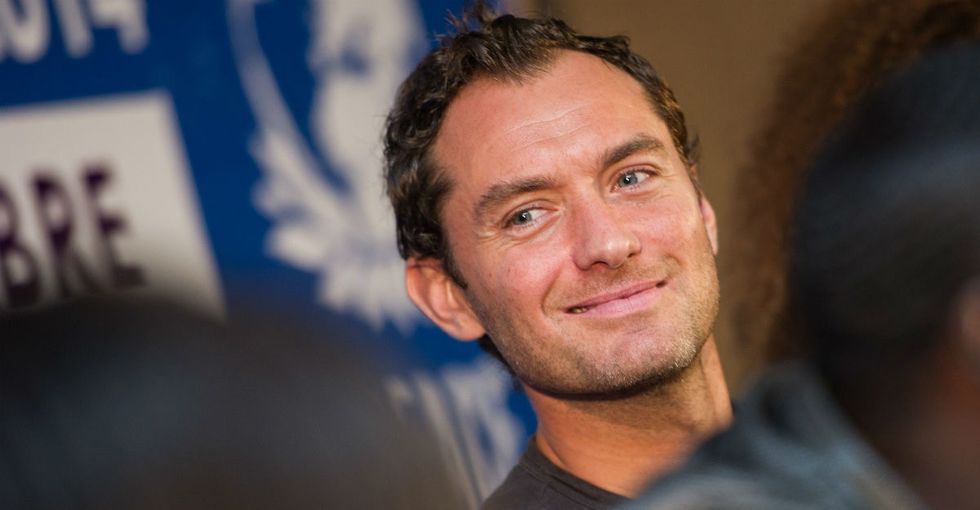 Although his sexual orientation was never addressed outright in the "Harry Potter" book series, author J.K. Rowling confirmed to fans back in 2007 that the Hogwarts' headmaster is, indeed, queer.

Over a decade later, actor Jude Law will play Dumbledore in the "Fantastic Beasts" film sequel set to release in November. But now his character's on-screen queerness — or lack thereof — is ruffling Phoenix feathers around the world.

The film's storyline follows Dumbledore's conflicted past with evil wizard Gellert Grindelwald. The two, according to Rowling, had fallen in love as young men — but you wouldn't know it just from watching Hollywood's take.

Now, Jude Law is finally speaking out about the controversy roiling his character.

"Jo Rowling revealed some years back that Dumbledore was gay," he told Entertainment Weekly. "That was a question I actually asked Jo and she said, 'Yes, he's gay. But as with humans, your sexuality doesn't necessarily define you; he's multifaceted.'"

"I suppose the question is: How is Dumbledore's sexuality depicted in this film? What you've got to remember this is only the second 'Fantastic Beasts' film in a series and what’s brilliant about Jo's writing is how she reveals her characters, peels them to the heart over time. You're just getting to know Albus in this film, and there’s obviously a lot more to come."

Maybe Dumbledore will get his gay on later in the film series after all.

But regardless of how the upcoming films depict Dumbledore's sexuality, the controversy has already highlighted how Hollywood continues to fail LGBTQ people and our stories.

We need more LGBTQ characters on screen, especially when it comes to film and TV for teens — and, yes, young children too.

The LGBTQ community is still underrepresented — and misrepresented — in the movies and TV shows we watch. This isn't great, but it's especially discouraging when these failings affect the media that's accessible to kids.

There's nothing inherently "adult" or sexually explicit about LGBTQ people or our stories, but we're often viewed that way. It's why YouTube made a mess for itself by restricting queer-themed videos that were perfectly innocent in nature. It's why films with a gay kiss are more likely to get an "R" rating, preventing teens from watching without being accompanied by an adult. It's why some parents will get up in arms when a film for their child features an LGBTQ character.

"Let kids be kids!" they argue. "Stop trying to force an agenda on them!"

But it's not about making a political statement or pushing some vicious, immoral "agenda." Creating authentic Hollywood narratives representative of the real world means including LGBTQ characters in those stories — and keeping them queer when those stories are put on the big screen.

The creators behind the "Fantastic Beasts" series have a great opportunity to buck this damaging trend and give Dumbledore the gay portrayal he so rightfully deserves. After all, queer little Muggles will be watching at home — and they deserve to see themselves in the world of magic too.

The new daddy 'poo timer' is a funny gift idea, but it calls attention to a real issue

Tod Perry
via Dude I Want That

There are many, many things that change in a household after children arrive. The number of toys and bright-colored items strewn about the house make it look like a clown moved in.

Parents soon give up any chance of watching a TV show they enjoy until after the children go to bed.