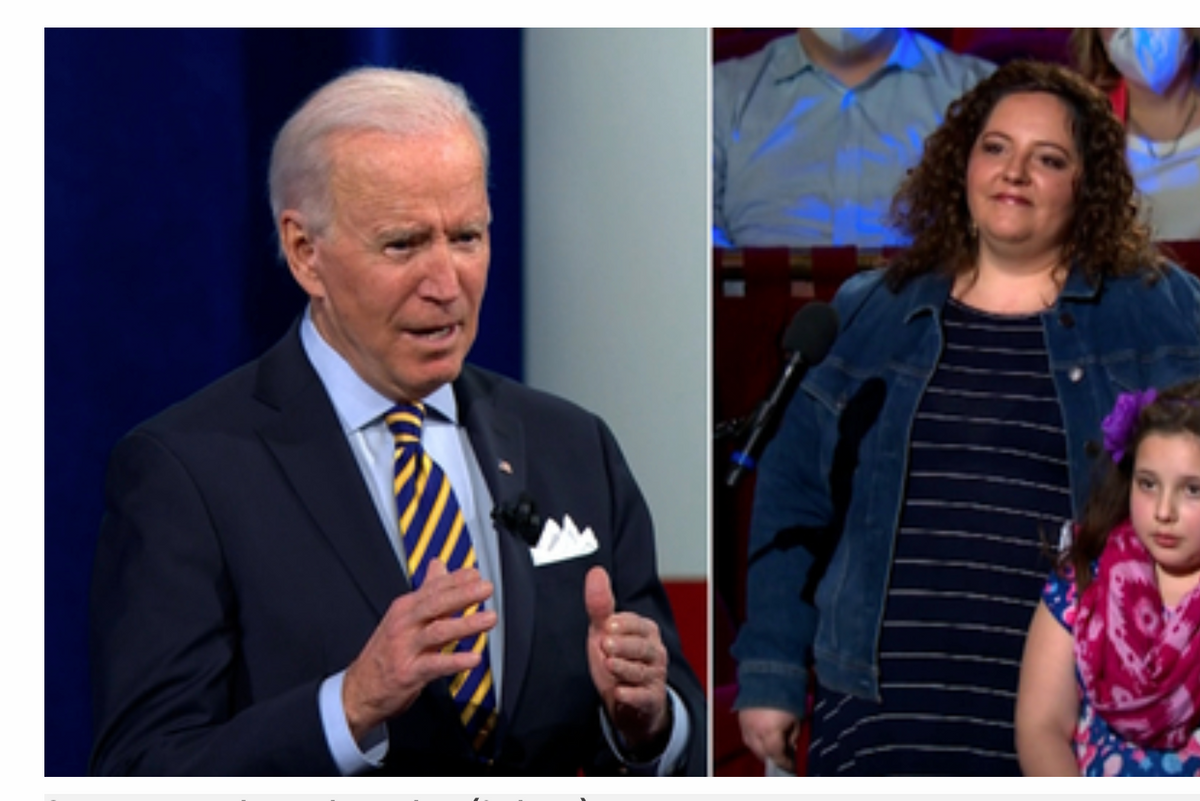 Joe Biden's CNN townhall on Tuesday night was notable for a number of reasons: He gave Americans an honest assessment of when we can expect to have enough vaccinations to win the war on COVID, he said it's time to stop obsessing over Trump and he was thoughtful about the exactly what he can and can't do about student loans.

But the most important exchange happened when Biden took a question from a mother, who shared that her 8-year-old daughter, who was standing at her side, was fearful that she or her parents might get sick and die from the virus.

"My children, Layla 8, here, and my son Mateo, 7, at home, often ask if will they catch Covid, and if they do, will they die?" graphic designer Jessica Salas said to Biden during the townhall.

Rather than focusing on Salas, President Biden turned to address Layla directly. It was a powerful moment in which Biden simultaneously sought to reassure her while also speaking to her with a dignity and maturity so often reserved for adults.

"First of all, kids of all don't get Covid very often, it's unusual for that to happen," Biden said. "The evidence is children aren't the people most likely to get Covid. We haven't even done tests yet on whether certain vaccines would work or not work. So, you're the safest group of people in the whole world."

That alone was a great response. For better or worse, we now look to our presidents as our emotional core as a nation, our collective drivers of empathy. Regardless of your personal politics, the last four years were so devoid of that personal touch that it has been really refreshing to see a president who not only talks like he gets it, but seems to genuinely feel it at his core.

Biden went on to connect the disconnected feelings we are all experiencing during lockdown as something that affects kids just as much as adults, maybe even more.

Empathy is something we collectively took for granted when it came to our national leaders. We really didn't know how important it was until we lost it. Franklin Roosevelt told Americans they had nothing to fear but fear itself. Ronald Reagan promised a "morning in America" for millions struggling with inflation and job loss. Bill Clinton felt our pain. These were all political slogans but they also reflected an empathetic understanding of the challenges and hopes all Americans feel. In many ways, it's Politics 101. And it's great to have that kind of sensibility back in the White House.