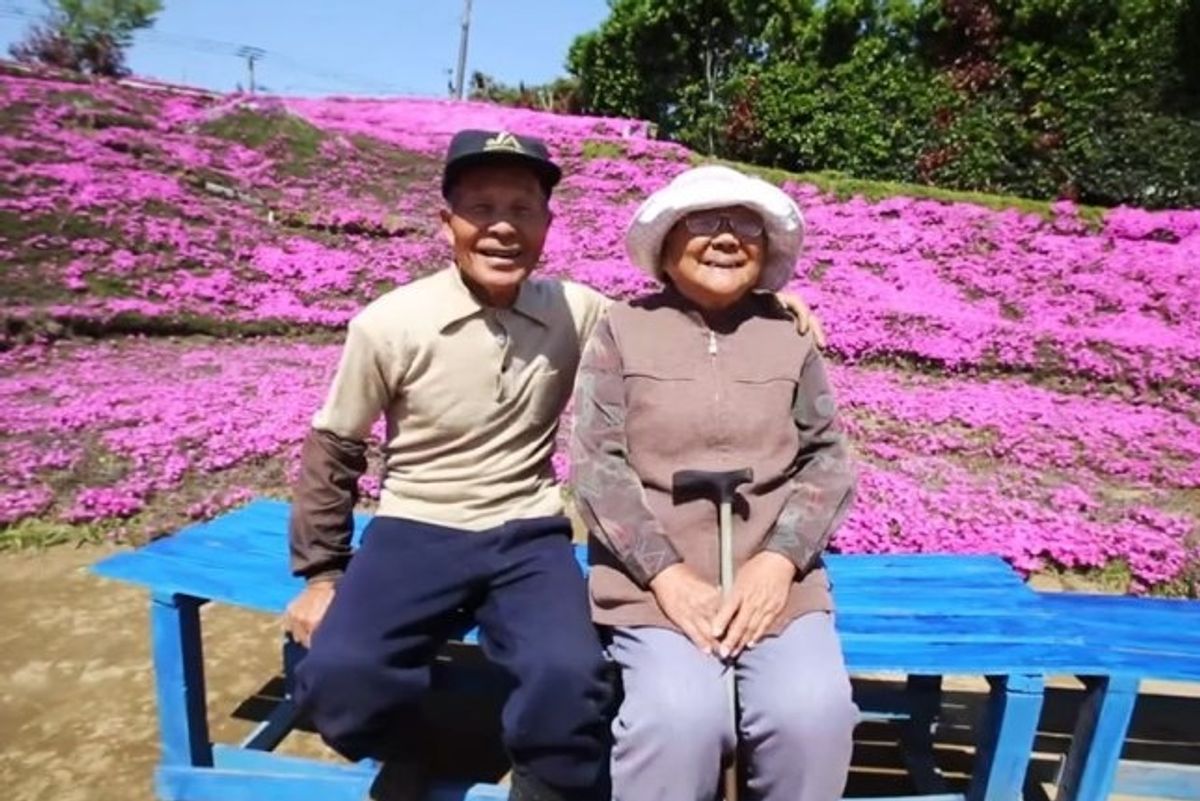 Flowers are a great way to express your feelings for someone. Red roses say, "I love you," but a whole garden of pink flowers screams it. One husband took the romantic gesture of getting your wife flowers to the next level.

Mr. and Mrs. Kuroki got married in 1956, and Mrs. Kuroki joined her husband on his dairy farm in Shintomi, Japan, The Telegraph reports. The couple lived a full life and had two kids. After 30 years of marriage, the couple planned on retiring and traveling around Japan, but those plans were soon dashed.

When she was 52, Mrs. Kuroki lost her vision due to complications from diabetes. Her blindness hit her hard, and she began staying inside all day. Mr. Kuroki knew his wife was depressed and wanted to do something to cheer her up.

Mr. Kuroki noticed some people stopping to admire his small garden of pink shibazakura flowers (also known as moss phlox) and got an idea. He couldn't take his wife to see the world, so he had to make the world come to his wife.

Using the 'dictionary definition of racism' defense is a sure sign you don't understand racism.

Mr. Kuroki decided to plant more of the flowers in his garden, hoping they would attract more visitors and cheer up his wife. He knew she wouldn't be able to see them, but she would be able to smell them, and their pleasant aroma might bring her some joy. Mr. Kuroki spent two years planting thousands of flowers just so he could put a smile on his wife's face.

The plan worked and the stunning garden began drawing visitors to the location. A decade after Mr. Kuroki first planted the garden, the amazing love story behind it has turned the dairy farm in rural Japan into a major tourist attraction.

The garden draws up to 7,000 people a day when the flowers are in bloom in March and April. Their cowshed, which once held 60 cows, has been turned into a display telling their love story. Most importantly, Mrs. Kuroki loves the visitors and can be seen walking around the garden and smiling.

You can visit Mr. and Mrs. Kuroki's flowers with your significant other, but they better be prepared to answer questions as to why they've never done anything like that for you.