How SeaWorld's empire collapsed — a tragedy in 3 acts. 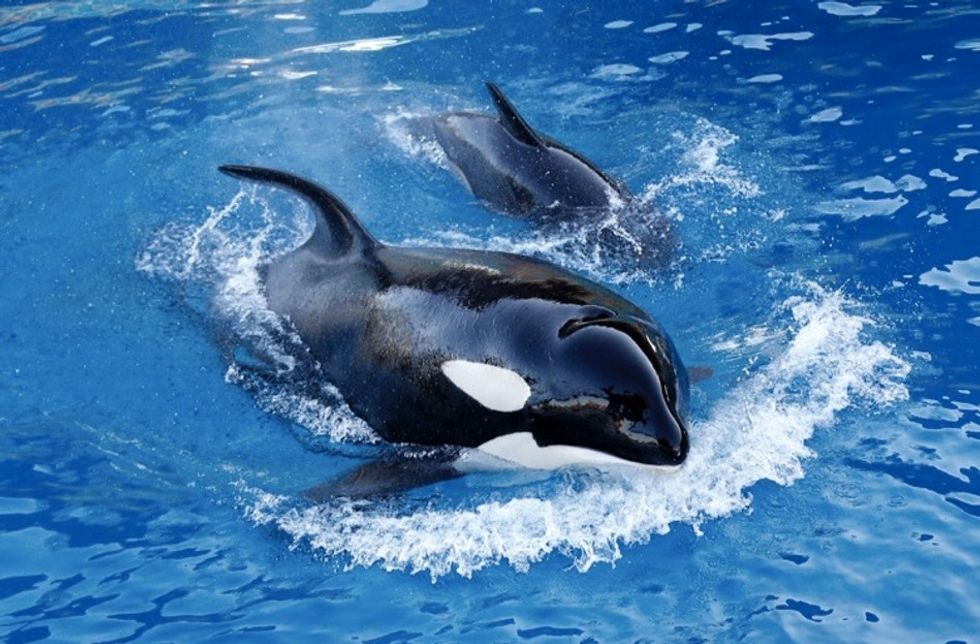 Like in a Greek tragedy, SeaWorld stepped onto the stage with good intentions and then crumbled its own empire through hubris, selfishness, and the mistreatment of a kingdom it claimed to love.

In three acts, this is how SeaWorld's orca program collapsed:

Act I. In the beginning, Sea World convinced us to love orca whales. And we listened.

"Americans' attitudes about orcas have changed dramatically," wrote SeaWorld CEO Joel Manby in an op-ed for the Los Angeles Times. "When the first SeaWorld Park opened in 1964, orcas, or killer whales, were not universally loved, to put it mildly. Instead, they were feared, hated and even hunted."

Who do we have to thank for that shift in whale PR? According to Manby: SeaWorld.

Of course, back in 1971, when the "Shamu Goes Hollywood" show premiered, no one knew that SeaWorld’s methods of acquiring the whales were questionable enough to get them sued by Washington state in 1976 and land them in a three year court battle in 1983 while trying to capture whales illegally in Alaska.

Given that most people’s knowledge of killer whales came from SeaWorld, we believed the company when it said orcas only live to be 30 years old, that dorsal fin collapse was normal, and that whales at SeaWorld were kept with their biological families.

Families vacationed at SeaWorld, children left the park carrying armfuls of Shamu stuffed animals, and the amusement park raked in profits by the hundreds of millions.

SeaWorld built its empire and cemented itself as the best place to see the world's new favorite creature for decades, and, with money coming in by the truckload and a public that loved seeing the whale tricks, it had a lot to be proud of.

As always, though, pride cometh before the fall.

Act II. "Blackfish" premiered, and we learned things were not as happy as they seemed.

Despite news coverage of two tragic deaths happening on Sea World properties in 1999 and 2010, no event in SeaWorld's history affected the company's public image more than the release of "Blackfish."

The 2013 documentary focused on the story of Tilikum, the Sea World orca responsible for those deaths, and the treatment he experienced at the park that may have led to his behavior.

After the documentary premiered, attendance at SeaWorld dropped, and profits plummeted by a staggering 84%.

Though SeaWorld maintains that "Blackfish" misrepresented its treatment of whales, the facts continue to prove that orca whales do not belong in small tanks, forced to perform for eager crowds. The millions of people who saw the film could never erase it from their image of the theme park, and we as a culture became irreversibly aware of how whales in captivity actually live.

The so-called Blackfish Effect culminated in further profit losses for SeaWorld over the next two years as well as a wave of protests.

"Jackass" star Steve-O went to jail in October 2015 for scaling a massive crane with an inflatable orca in his own protest, and One Direction heartthrob Harry Styles shared a tweet imploring fans to stop going to SeaWorld. Protests became a regular occurrence outside SeaWorld locations and even at the airports of cities that SeaWorld called home.

Act III. SeaWorld swallowed its pride and finally began responding to the public outcry on behalf of the whales it had taught us to love.

"SeaWorld has been listening and we're changing," the company said in a statement released on its website.

The park hasn't collected an orca from the wild in almost four decades. With the breeding program shutting down, the whales currently under SeaWorld's care will be its last. Of course, many of those whales are young, and some of them are pregnant. So it will be quite a while before orcas disappear from SeaWorld all together.

And another thing that should be noted about this announcement is the timing — after all, Tilikum (the subject of "Blackfish") is currently dying of a bacterial lung infection.

Tilikum is in his 30s, and despite being connected to three deaths, he's SeaWorld's main source of breeding. When he dies, the SeaWorld breeding program would likely die with him, with or without SeaWorld's decision.

The collapse of the orca show is as much a victory for public opinion as it is for animal rights.

Despite the park's wealth and a team of lawyers that included Eugene Scalia (son of late Supreme Court Justice Antonin Scalia), SeaWorld's orca shows simply couldn't survive the backlash of an angry public.

More important than anger, though, is evolution. It's one thing to be angry about how whales are treated, but "Blackfish" only highlighted something that had been going on for years.

The real victory here is that, once we were shown how bad it was, we voted with our wallets to let SeaWorld know that the mistreatment of animals is not something we support.