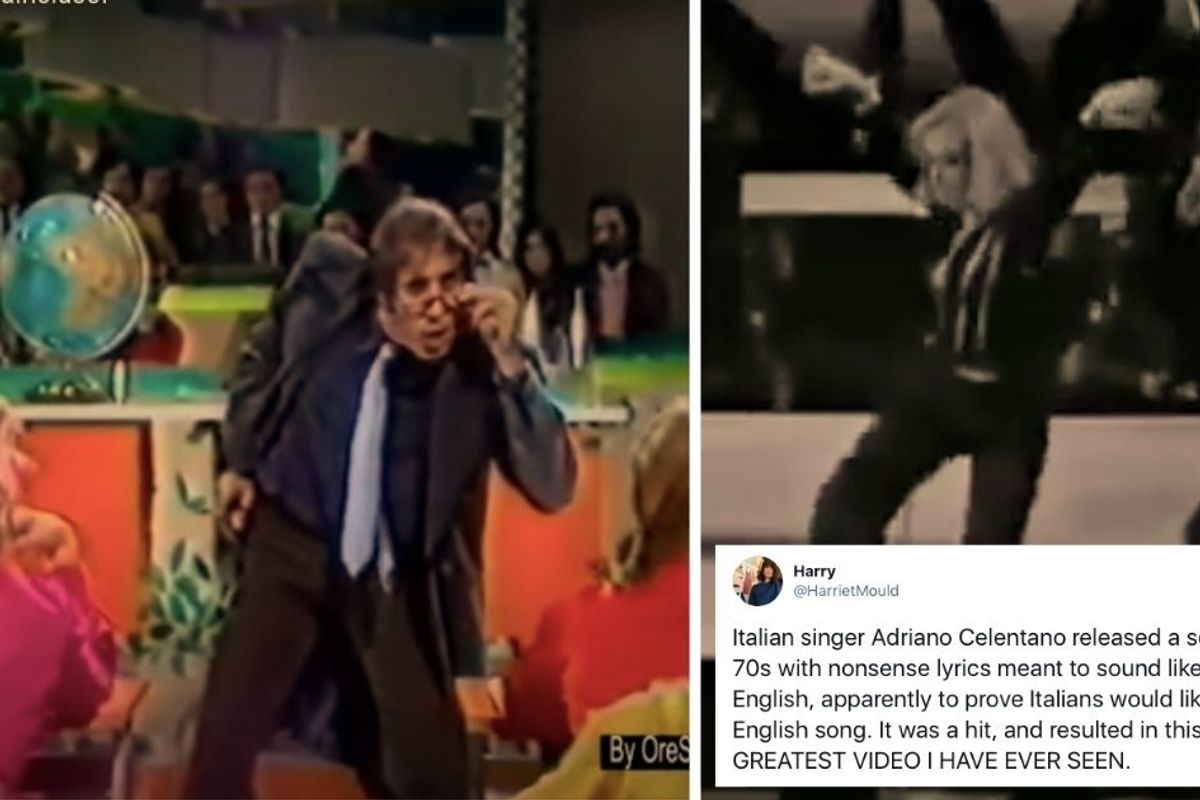 And if you thought that video was something, check out another one of the same song by the same singer. Why are there two videos? Who knows. But this is truly one of the most 1970s things that has ever happened.

In a 2012 interview on NPR's All Things Considered, Celentano explained how the silly pop song came about.

"Ever since I started singing, I was very influenced by American music and everything Americans did," he told Guy Raz, through interpreter Sim Smiley.

"So at a certain point, because I like American slang—which, for a singer, is much easier to sing than Italian—I thought that I would write a song which would only have as its theme the inability to communicate," he said. "And to do this, I had to write a song where the lyrics didn't mean anything."

In fact, Celentano didn't even write down any lyrics for the song at first, but just improvised the sounds. And people didn't appear to care. "Prisencolinensinainciusol" reached number one on the charts not only in Italy, but also in France, Germany, and Belgium.

Celentano's ability to sound like he's singing in English without actually saying anything in English is pretty impressive. Especially when you hear him sing in Italian, like this:

Languages are fun. And funky. And frustrating when you don't understand them. Celentano was purposefully making a point with "Prisencolinensinainciusol" to break down language barriers and inspire people to communicate more. Whether he succeeded in doing that or not, it sure is entertaining to see him try.

From Your Site Articles
Related Articles Around the Web
music
popular