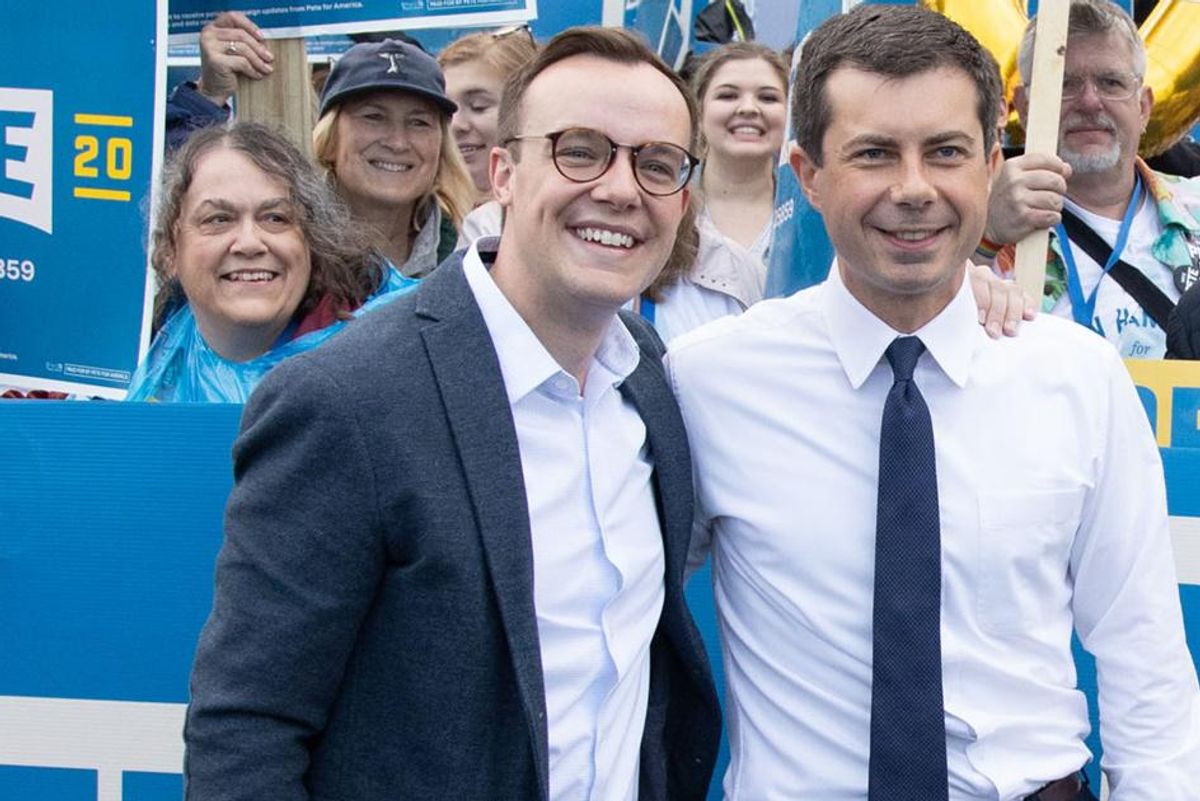 One group that was often pilloried by Limbaugh was the LGBT community. In the 1980s, he had a segment on his show called "AIDS Update" where he mocked gay and bisexual men who died of AIDS. During the height of the AIDS epidemic, he claimed that "Gays deserved their fate."

As America became more accepting of the LGBT community, Limbaugh did not. In 2020, he lambasted former Democratic presidential candidate and current Secretary of Transportation Pete Buttigieg for kissing his husband, Chasten, from a debate stage.

🔥🔥♥️. Limbaugh said "They're looking at Mayor Pete, 37-year-old gay guy, mayor of South Bend, loves to kiss his husband on the debate stage. And they're saying, 'OK, how's this going to look" and it looks great! pic.twitter.com/Ro7roWozxn
— Gayatri 🐝🚊🚆🚗✈️ (@soulflickering) February 17, 2021

"There may be some Democrats who think that's exactly what we need to do, Rush," he said. "Get a gay guy kissing his husband on stage, ram it down Trump's throat, and beat him in the general election. Really. Having fun envisioning that."

Limbaugh went on to say that Donald Trump would "have fun" facing off against a candidate who "kissed his husband on the debate stage."

Buttigieg on homophobic attacks: "I'm not going to be lectured on family values from the likes of Rush Limbaugh or… https://t.co/qy6OB0FwdH
— Aaron Rupar (@Aaron Rupar)1581865387.0

Pete Buttigieg adeptly responded to Limbaugh's comments by pointing out his relationship history.

"Well, I love my husband. I'm faithful to my husband. Onstage, we usually just go for a hug, but I love him very much," Pete Buttigieg said. "And I'm not going to take lectures on family values from the likes of Rush Limbaugh."

Limbaugh was married four times, three of them ending in divorce.

Donald Trump wouldn't even entertain Limbaugh's comments. When asked if the country was ready for a gay couple in the White House he said, "I think so. I think there would be some that wouldn't. I wouldn't be among that group, to be honest with you."

Then-presidential-candidate Joe Biden supported the Buttigiegs in the controversy. "I mean, my God," Biden said, calling it "part of the depravity of this administration."

After the news of Limbaugh's passing was made public, Chasten Buttigieg threw some polite, but pointed, shade at the radio host who mocked his marriage. He posted a picture of himself and Pete kissing, without a comment.

It's tasteless to dunk on someone in the wake of their passing, but Chasten's tasteful post was a way of showing that no matter how hard Limbaugh tried to disenfranchise and mock the LGBT community, their love still stands.

Chasten's post was a demonstration of the power of love in the face of hate.