How this beloved, 90-year-old community center continues to be a haven for so many to this day 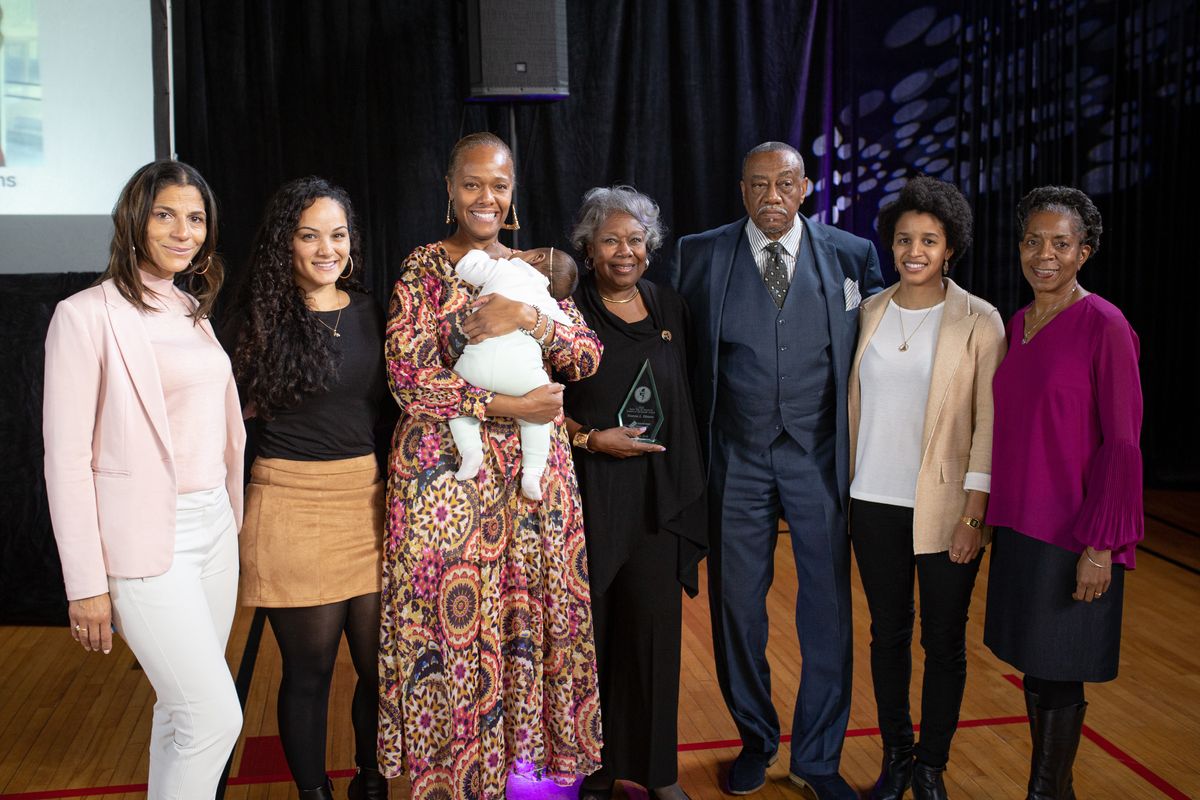 Yvonne Gittens, or Ms. G, as most everyone calls her, practically grew up at the Cambridge Community Center (CCC) in Cambridge, Massachusetts. She started going to their after-school program when she was in the second or third grade, and basically became a fixture of the place from that point on.

How she ended up there was no accident — her parents and their siblings went there as kids, as well.

"My joke is that I was conceived there," says Ms. G.

"When I was a kid, it was a safe place to be," she continues. "Everybody in the neighborhood went. It was inexpensive. I think we paid 50 cents a year for our membership."

The CCC was founded by a group of black pastors over 90 years ago because the other local community center was for whites-only at the time. In response to the blatant racial inequality and lack of opportunities for black community members, they created a haven for youth and adults alike from one of the few underserved communities in Cambridge; offering a variety of programs and services designed to help close the economic and generational gaps that still exist in the city. But perhaps most importantly, it's a place where people can feel at home and connected to a support system.

It's no surprise that families like Ms. G's keep sticking around, and that community members like her have woven the Center into the fabric of their lives. Once she was old enough, Ms. G got her first job at the Center checking kids into the program. Then she was a camp counselor teaching archery and swimming. When she became a parent, she sent her kids there, and now her kids send their kids. But over 30 years ago, she made an even bigger commitment to the Center — she became a board member.

Ms. G started off as a regular board member, but quickly moved to treasurer, and then onto secretary. Soon enough she was named the board president, overseeing all the Center's operations.

The most challenging position was when former executive director Janet "Ms. K" Kendrick suddenly passed away and Ms. G became the interim director. The CCC was in danger of closing, but Ms. G says the board members "rallied together to keep the center afloat" no matter what.

"Through all of its tough times, it never closed its doors," she says.

Isaac Remsen via Capital One

Aside from the steadfast commitment of its members, the Center has stayed alive all these years thanks to the incredible support from local organizations and businesses, like Harvard University, MIT, and Capital One.

Since 2016, Capital One has helped bolster the Center in a number of ways. Most recently, they helped renovate the Center's tech lab for the youth who use it every day. In partnership with Capital One, the new tech lab has also launched a digital literacy and digital banking program for seniors in January 2020 called Ready, Set, Bank.

"We worked in partnership with the Center to ensure that the new space would meet the current needs of the people who use it every day," says Aarón Almada, Community Affairs Manager at Capital One. "Our local Boston Café teams helped to assemble furniture and put the finishing touches on the lab before its grand unveiling to the community."

"They are there pretty much whenever we need them, and sometimes they're volunteering to be there for us when we haven't even thought to ask," says Darrin Korte, Executive Director of the CCC.

"Dom Orion and Deb Auslander are the best," says Ms. G. "As Capital One Ambassadors, they have done so many things for the Center. In addition to volunteering their time, teaching financial education workshops and forming long lasting relationships with our members, they also bring us coffee and pastries for the Ready, Set, Bank class each week."

The program will be run by Tech Goes Home, another Capital One nonprofit partner that aims to empower communities to use digital tools and overcome technological barriers. They provide the curriculum and support needed for the program, while CCC will provide the participants and host the program in the newly refreshed tech lab.

Ms. G is largely responsible for bringing the digital literacy program to the seniors in the community. As a senior herself, she often struggles with technology that's supposed to help make business and everyday life easier.

"I've got an iPad at home that I can't even find," she says. "I got so frustrated with it that I put it away."

"It gives the seniors an opportunity to gain knowledge in a small group setting with other seniors, says Ms. G. "The fact that they are learning from people in the banking industry gives them confidence that they are getting good solid, reliable information."

The program teaches people how to use banking apps, busts myths about privacy and security, and empowers community members to take control of their money by learning how to check balances, deposit checks, pay bills and send money from their phones.

Even though the program is provided by Capital One, there's no pressure to sign up with or switch over to the banking institution — the organization simply wants to help people become more knowledgeable and empowered when it comes to their finances.

Ultimately, all parties involved aim to enrich the lives of people in the community. In fact, that seems to be the guiding principle behind the CCC and Capital One. "When we find people to invest who truly believe in our work, truly special things can happen," says Korte.

"It's more than the financial support. It's the people that are real, everyday people," says Ms G.

Beyond that, the CCC's supporters are helping to perpetuate a place where so many people, young and senior alike, feel safe, valued and inspired to become their best selves.

In that way, it offers much more than enrichment. "The Center is home. It's family. It's connection. It's relationships," Korte continues. And as long as caring members like Ms. G and partners like Capital One are around, it will remain that way for local individuals and families who rely on it.

Weronika Jachimowicz, 17, is getting a lot of attention for subverting people's expectations of who excels in high school. And that's exactly what she wants.

Jachimowicz was named New York's Mattituck-Cutchogue Union Free School District's 2021 salutatorian. Her yearbook photo next to valedictorian Luke Altman is going viral because of her dramatic Goth makeup and attire.

It all started when assistant professor and writer Dr. Jules Lipoff tweeted out a photo of the valedictorian and salutatorian he saw in a newspaper and it went viral. How many salutatorians have you seen that wear pentagram hoop earrings, a choker, and black devil horns?

The juxtaposition of her next to the bowtie-wearing Altman, makes the photo even more amusing.