A transgender superhero is coming to TV. Here's why that's huge. 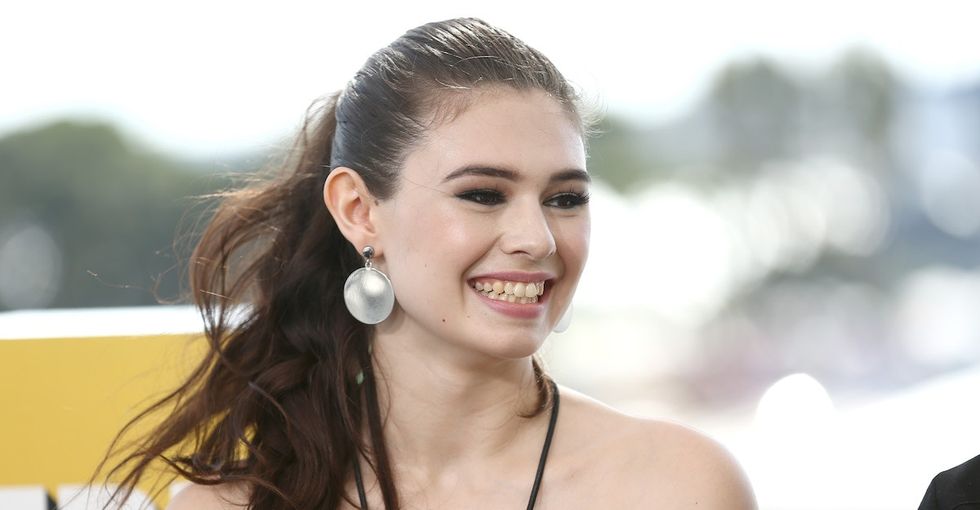 When "Supergirl" returns to television in fall 2018, the show's newest character will make history — and so will the woman playing her.

A new cast member to the show is Nicole Maines, a transgender actress and activist. And not only will she be portraying a transgender character — something that's been controversially left to cisgender (non-trans) actors in the past — but she'll also be TV's first-ever trans superhero. As Nia Nal, Maines will pull double duty as both an intrepid reporter and (reportedly) a caped crusader with precognitive abilities. And her character's gender identity will be an important part of her character arc.

Not much is known about the character yet, but one thing's for certain: This is a huge win for LGBTQ representation on television.

According to a 2017 report by GLAAD, only 58 of the 901 regular characters appearing in scripted programming identified as members of the LGBTQ community. Of those, only 17 were transgender (although it's not clear how many were actually played by trans actors).

That number has more than doubled since 2016, and while broadcast television still has a way to go in terms of serving viewers a more diverse character lineup, the fact that more trans actors are playing trans characters is huge.

In an interview with Variety, Maines spoke about how important it is that the landscape is changing.

Maines also addressed the problem of cis actors playing trans characters — most recently Scarlett Johansson, who was set to play a trans man in the upcoming "Rub and Tug."

"With trans folks we have a lot of people accusing us of just playing dress up for whatever reasons and that's just not true. Having trans people play trans roles show that we are valid in our identities and we exist," Maines said.

Maines' casting is another ray of light for diversity in entertainment.

Representation in media matters more now than ever. And Maines giving "Supergirl's" audience an authentic character to relate to is bigger than just the storyline. It's a way to let LGBTQ fans see people just like them reflected back on their TV sets.

And that's a huge step forward.