A 17-year-old made messaging easier for those who are deaf. And he wasn't even trying to. 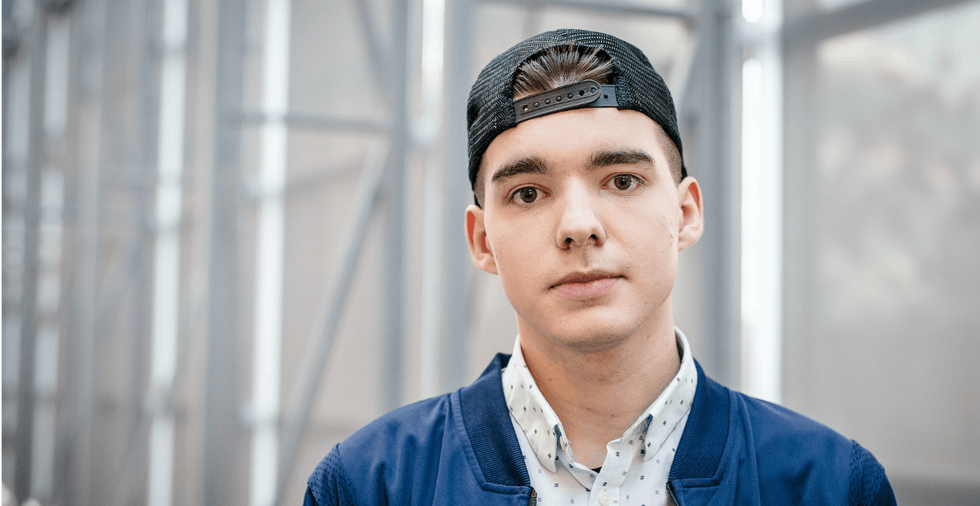 17 -year-old entrepreneur Mateusz Mach had a simple, fun thought: He wanted to make an app that would allow him to send ironic hand gestures to his friends.

The idea was that he and his friends would know what the signals meant, but anyone else who happened to see the message wouldn't.

So in May 2015, Mach launched Five, an app that would allow users to trade custom hand signs by tapping on buttons illustrated with different hand positions.

Then something interesting happened.

Mach started to get messages from people who are deaf or hard of hearing thanking him for making an app that was enabling them to communicate with each other using American Sign Language.

This idea that had started as a silly way to communicate with friends now had potential to be, as Mach calls it, "the world's first messaging app for [deaf people]."

With that newfound purpose, Mach immediately hit the road competing in (and winning) local startup competitions and attracting media buzz as a promising young entrepreneur.

Mach delivering a talk at TEDxGdynia. Image via TEDx Talks/YouTube.

Next he started to seek funding. And despite the challenges of being now 18 and still in high school, Mach has raised $150,000 in funding in Poland, and the UN has pledged support for the next version of the app.

Five now reaches 10,000 users who are deaf or hard of hearing, and the company is expecting more than 150,000 in the U.S. within a year. And the best is yet to come. In addition to making the app usable for people who are deaf or hard of hearing, Five App is also planning to reach out to businesses that might want to use the app to communicate with clients in the deaf community.

Mach is a fantastic example of what can happen when young people have access to technology, are able to develop their skills, and are free to create the things they wish to see in the world.

Even when the idea is as seemingly straightforward as emoji-like hip-hop inspired hand signals, the unintended consequences can change lives.

Checkout the video below which explains more about how Five works: