When his daughter got sick, he made a vaccine and saved millions of lives in the process. 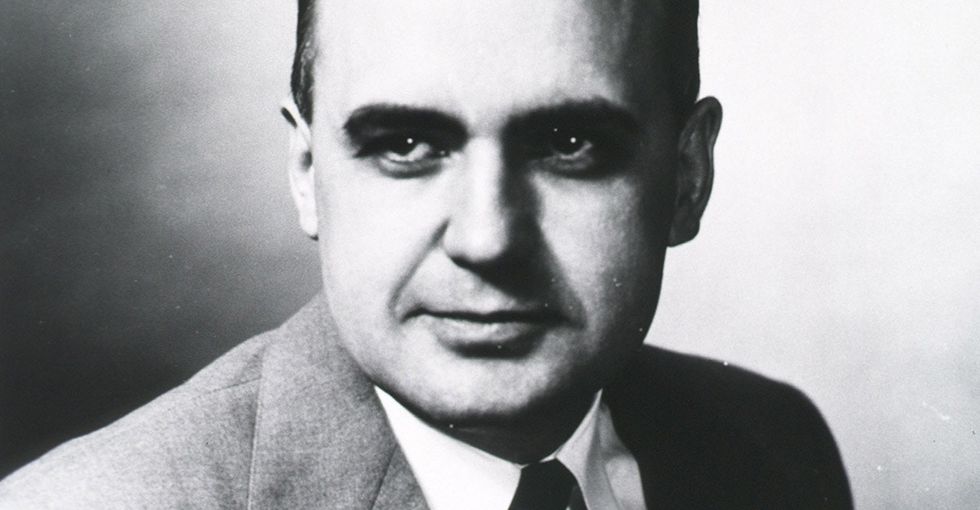 When he examined her, he realized that she had swelling beneath her jaw.

He knew immediately that this was no ordinary sore throat. She had mumps.

Mumps is a contagious viral disease that typically starts with a fever, headache, aches and pains, fatigue, and a loss of appetite. It is then followed by swollen salivary glands. It used to be the most common cause of acquired hearing loss, and there was no treatment.

All Hilleman could do was tuck his daughter back into bed and hope she would be OK.

It's easy to forget today that those severe childhood diseases like mumps were once a relatively common occurrence.

As recently as half a century ago, kids would often get sick with diseases that caused devastating side effects and, sometimes, even death. In fact, some illnesses such as mumps, measles, and rubella were so prevalent that most parents could easily recognize them — usually because they had either had them themselves or had seen them before.

Measles — the same disease blamed partly for decimating Native American populations after the arrival of European explorers — was so common at the beginning of the 20th century that almost all Americans caught it sometime during their lifetime (though usually as children). In 1912-22, an average of 6,000 people died from it each year in the U.S.

Sometimes these diseases struck in the womb, too.

In the early 1960s, rubella, also known as German measles, was reaching pandemic proportions in pregnant moms. While the disease usually only produced a mild rash and fever in children and adults, if an expectant mother caught the virus — especially in the first trimester — congenital rubella syndrome caused damage to her developing baby more often than not. Not only could this cause miscarriage, but it could also lead to babies being born deaf, blind from cataracts, with heart conditions, or with developmental delays. During the epidemic, 20,000 babies were born with this syndrome.

So when Hilleman's daughter got sick, he decided to take the only action he could. He went to work.

Hilleman had a Ph.D. in microbiology from the University of Chicago, and he had been working at Merck & Co. for about six years, leading the company’s virus and vaccination research programs.

So, after she was in bed, he immediately drove to work, picked up sampling equipment from his lab, and went home to collect a swab from the back of her throat. He then brought the sample back to the lab, where he used it to help develop a vaccine against mumps.

Hilleman and his colleagues used the sample from his daughter to isolate the disease organism and figure out how to keep it alive in the lab. Then they tried to weaken it in a process called attenuation, or passing the virus over and over through a series of cells until it can no longer reproduce inside a human being (or make people sick) but can still make the body's immune system react and produce antibodies and T-lymphocytes (a type of white blood cell).

This result gives the body the defenses (or "memory" antibodies and T-lymphocytes) to protect itself if it ever comes into contact with the actual virus in the future.

‌Illustrations that were used in public service announcements to encourage parents to vaccinate their children against rubella in the late 1960s and early 1970s. Image via the Centers for Disease Control and Prevention. ‌

By 1967, Hilleman had developed a working vaccine for mumps — and he named it Jeryl Lynn after his daughter (who recovered fully from the disease)

But his work on vaccines didn’t stop there. In 1968, he improved upon an existing measles vaccine (one that still caused rashes and fevers). In 1969, he worked with federal regulators to develop a vaccine for rubella in order to prevent another epidemic.

He also figured out how to combine the shots for measles, mumps, and rubella (a total of six shots) into just two — an initial shot and a booster — creating the MMR vaccine.

Hilleman developed and improved upon more than 40 vaccines — more than any other scientist in the world.

As a developer of vaccines, his work is unequaled. Today, over 91% of children receive the MMR vaccine before they turn 3, and it is considered one of the most important vaccines to get before you get pregnant (if you haven’t had it already) to prevent your baby from complications or birth abnormalities.

The MMR vaccine helped wipe out rubella from the Americas by 2015.

‌Hilleman at the Merck Institute for Therapeutic Research at West Point in 1963. Image via AP Photo.‌

While many of us might not know his name, Hilleman is a hero in medical science. His work on vaccines saved millions of lives in the continuing battle against contagious disease.