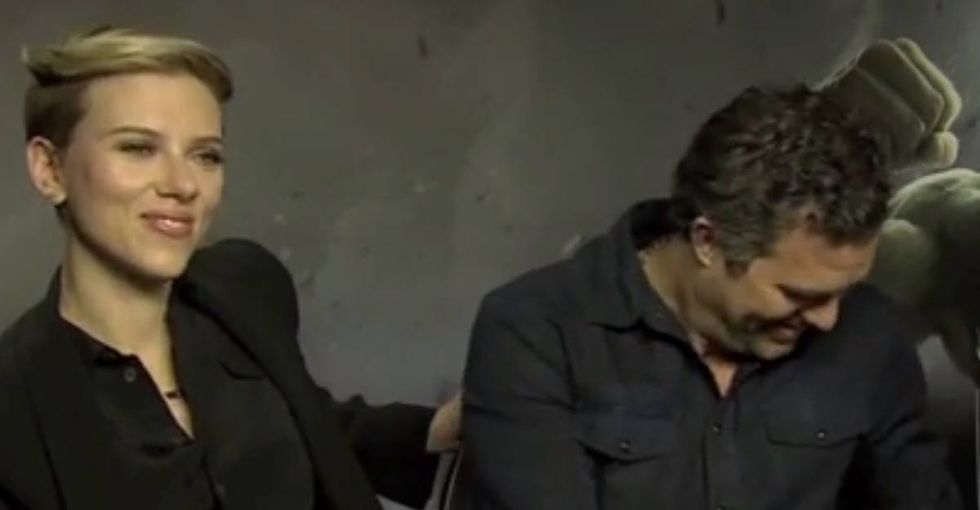 He handled each dumb question like actresses do regularly. With professionalism in the face of dumbness.

He confessed to having to deal with something else entirely:

The best part though? Scarlett getting to answer the kinds of questions Mark usually gets.

You know, like questions about her character, Black Widow, and why she likes playing her.

And questions about the stunts she gets to do, which gave her an opportunity to shout-out another hardworking woman in show business.

Actresses get asked these kinds of questions ALL the time.

It's only when the script gets flipped and male actors have to answer them too that we see how absurd they truly are.

And that, in and of itself, is absurd if you ask me. Doesn't mean it's not fun to watch, though.

Learn more beauty tricks and red carpet secrets for the celebrity man in your life with Cosmo's excellent script-flipping video:

Keep ReadingShow less
best of humanity
Get stories worth sharing delivered to your inbox
By signing up you agree to Upworthy's privacy policy.
Pop Culture