After 37 years, Vanna White finally got to host an episode of Wheel of Fortune 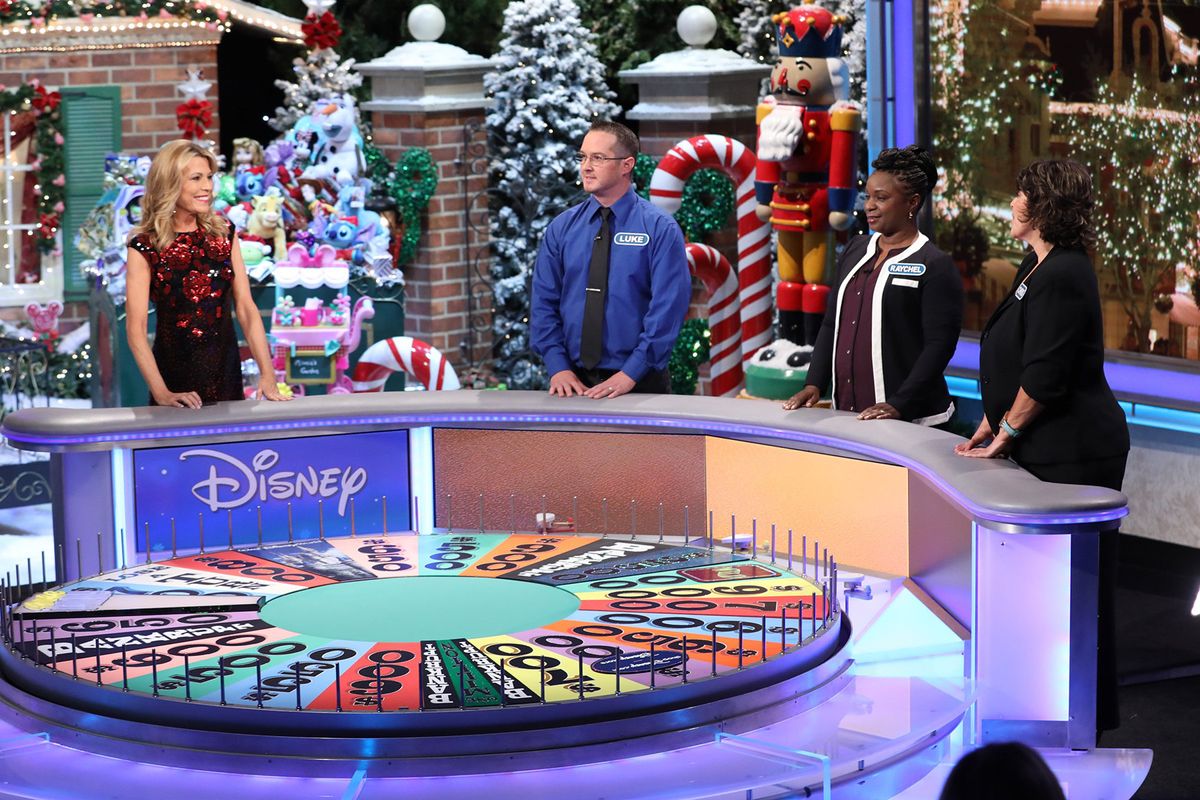 For 37 years, we've seen Vanna White glamorously and quietly turning the letters on Wheel of Fortune. During the show's history, she's worn over 6,700 gowns, and has clapped an average of 606 times a show. But until now, she's never hosted a full episode. Now, she's finally getting her turn to ask contestants if they'd like to buy a vowel.

Pat Sajak had an emergency surgery to correct a blocked intestine, leaving the show without a host. White was asked to step in, something she had never thought about. "I've never even thought of that in 37 years," White said in an interview, "and to be asked almost on the spot, 'How do you feel about hosting the show?' Like, what?!"

Wheel of Fortune without @patsajak is like a word without vowels. I’ll fill in the blanks until you return. Rest up… https://t.co/olBffdcHrD
— Vanna White (@Vanna White)1573516949.0

White will host the show for three weeks while Sajak recovers, although they won't air in that order.

RELATED: Alex Trebek made a very sad announcement, but his positivity and humor has everyone fighting with him.

While White filled in for Sajak, Minnie Mouse filled in for White. White was nervous during the show, but did great despite only having a few hours to prepare. "I literally had a 30-minute rehearsal of hosting the game. I did one, and then we did the shows! I'm very green, let's put it that way," White told People Magazine. "I think for listening Pat for 37 years, I understood the game and how he hosted it. I was very familiar with the show."

For the first time in show history, @TheVannaWhite steps in as host at the Wheel, while our friend Minnie Mouse hel… https://t.co/xhvuijeg7J
— Wheel of Fortune (@Wheel of Fortune)1575938400.0

Fans were excited to see White finally step behind the wheel.

Do you know how excited 6 year-old me would have been to see her host the show? For years she never even SPOKE on t… https://t.co/vTkZyOBkMf
— Marissa Maciel (@Marissa Maciel)1575953544.0

Vanna White is gonna host Wheel of Fortune for the first time ever. Pat Sajack should therefore put on the sparkly… https://t.co/H5Y0H4w2ex
— Ring Of Charms (@Ring Of Charms)1575953042.0

RELATED: Ellen and George W. Bush's friendship begs the question: Should we all just get along?

There have been jokes made that it took White 37 years to get a promotion, but there's a sad truth behind it. Hosting game shows has largely been left to men, with women relegated to standing on the side and looking pretty.

Hollywood Game Night host Jane Lynch said, "I'm always surprised" when to comes to how few female game show hosts there have been. "'Hollywood Game Night' might have started this revival, but there's still no more female hosts," Lynch told the Huffington Post. "I'm the only one. There's just kind of an inability to open up the mind, I think, to females hosting things."

Meredith Vieira was able to have a lengthy run as the host of Who Wants to Be a Millionaire, serving as host from 2002 to 2013. However, female gameshow hosts have been few and far between. When British show The Weakest Link was turned into American TV, Anne Robinson hosted the American version for only one year.

White says that women should be able to host game shows, too, even if "you don't see a lot of it." Gameshow hosts shouldn't be limited to the likes of Pat Sajak. "Everybody's entitled to host the show: female, male, everyone," White said. "It would be fun to see more women up there doing that. If that's what they want to do."

Even if we don't see more of White donning the hosting duties, hopefully we'll see more female gameshow hosts in the future.