This woman has a must-hear message about having empathy for others.

You may not have gone through what she has, but you almost certainly can relate. 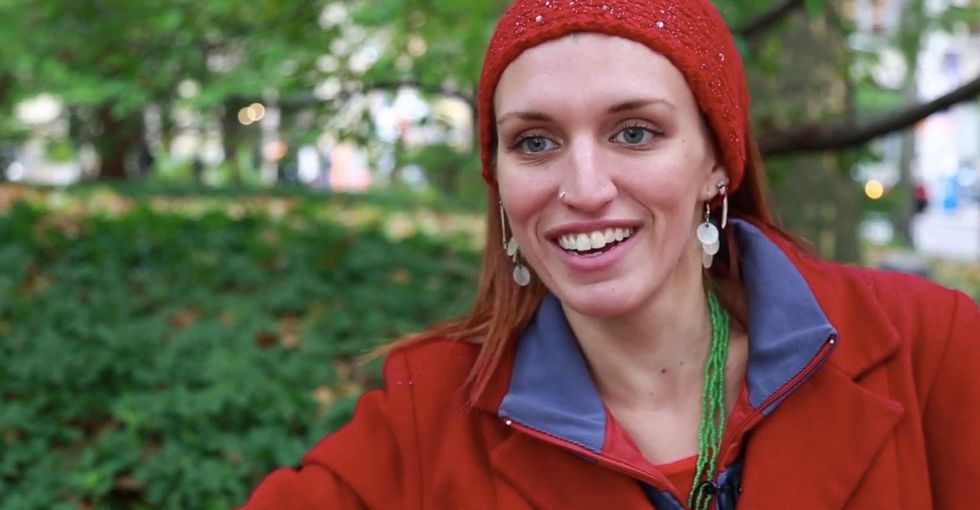 And in a world that attaches so much stigma to people, Nicolle has been vocal in trying to bring awareness to what it's like to battle depression and how stereotypes don't always add up.

She talks about what people think suicidal people are like compared to what many survivors actually feel. In doing so, she helps others identify these disconnects so as to better offer support to those in need.

For her, suicidal thoughts and actions began when she was still in grade school.

"The first [attempt] that really, really, really comes to mind is when I first started cutting, man, at 11 — 10, 11 years old — and not having the courage to go fully ... to really, really, really need severe stitches or anything like that, but really wanting to die," she explained in an interview with Live Through This, adding that when she was 13 she wrote a fresh suicide note every day.

Those feelings were made worse by her classmates' bullying, culminating in suicide attempts and alcohol abuse as she got older.

It was in rehab, however, that Nicolle learned one of the most important lessons any of us can absorb: understanding empathy.

During rehab, she was reluctant to tell her story. What others were saying felt to her to be so much darker than what she experienced, so she kept quiet. One day, another woman offered some advice, telling Nicolle that even if the two hadn't experienced the same things in life, it's the human connection between them that allows the two to connect, to understand, to empathize.

That fresh understanding of empathy would come to help her for the rest of her life.

She's no longer suicidal, so why does she keep revisiting memories of the bad times? To keep moving forward.

It's through keeping a slight focus on her past — the good and the bad — that allows her to be the person she is today. Life is growth, and if we ignore how we got here, we're not truly living, she says.

It was music that helped her get through some of the toughest times, and now she's using it to help others.

After moving to New York in 2006, Nicolle volunteered at arts-based programs geared toward at-risk youth. In 2013, she teamed up with Polaris Project, a group that helps survivors of human trafficking. Using her strength as a singer to help others, Nicolle is making the world a better place.

Glad you're still with us, Nicolle.