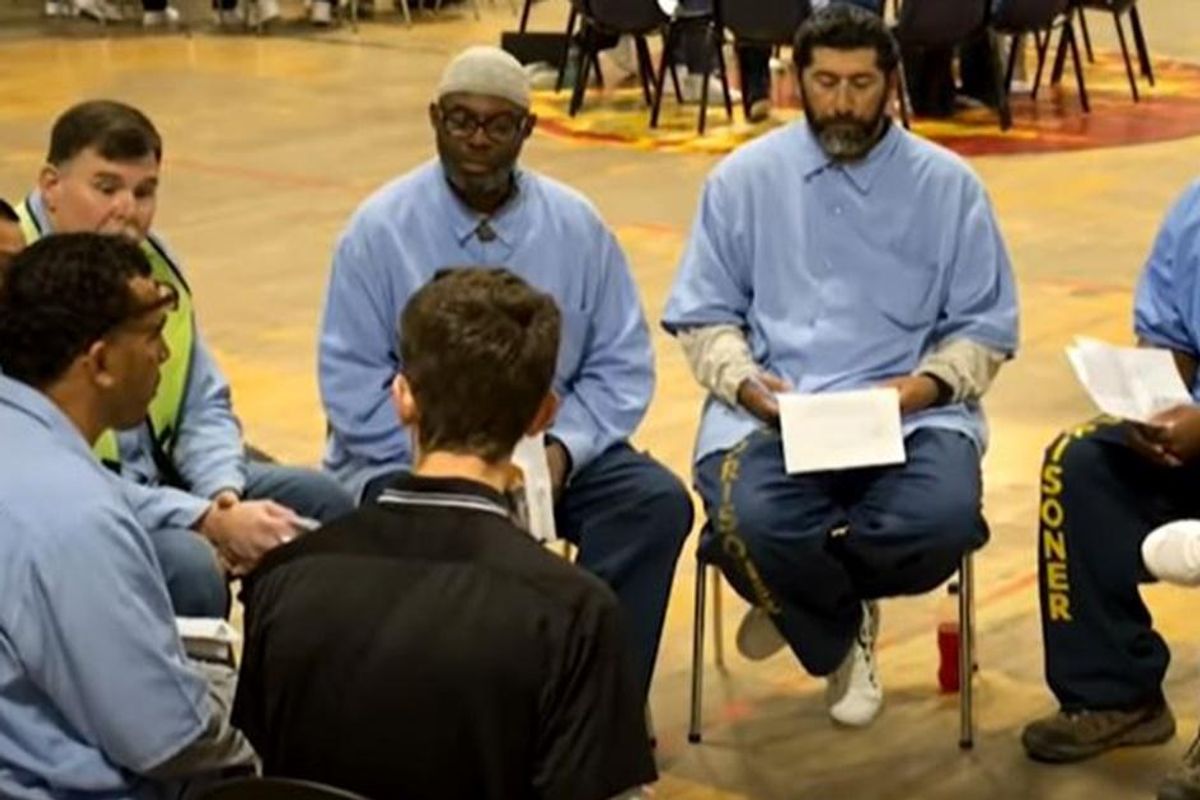 "Exercises In Empathy" is a popular program among the inmates at Soledad State Prison in California. It's a book club where inmates get together to discuss literature with students from Palma School, a boys prep school located in nearby Salinas.

"[The students] go in thinking monster … and they come out thinking a man. A human being," Jim Micheletti, co-founder of the book club, told CBS News. "They've done bad things, but there are no throwaway people here."

A few years ago, members of the club read 1962's "Miracle On The River Kwai." The book tells an extraordinary story of survival in prisoner of war camps. In the book, the prisoners created a culture of sacrifice and called it "mucking" for each other.

"I think that inherently most people, even those of us who have made the worst decision in our lives, want to be a part of something good," Bryant said according to Yahoo. "This idea when we started was just so good: We can help some young man get a head start that a lot of us didn't have."

So they decided to create a scholarship program. Over 800 inmates contributed to the fund pitching in anywhere from $1 to $100. The donations are even more incredible given the fact that the starting wage for an inmate is just 8 cents an hour in California.

Over the course of three years, the inmates raised an incredible $32,000.

"Incarcerated people were so drawn to the idea of going a mile deep in a young man's life that they were giving up their month's pay to contribute," Bryant said.

"I didn't believe it at first," Michelleti said according to CNN. "They said, 'We value you guys coming in. We'd like to do something for your school ... can you find us a student on campus who needs some money to attend Palma?'"

The inmates chose to give the scholarship to Sy Green, a sophomore and member of the book club whose father recently had a heart transplant, and mother was blinded after being hit by a softball. After both lost their jobs, it was impossible for the family to come up with Palma's $12,900 annual tuition.

"I broke down and started crying because I knew where it was coming from," Sy's father, Frank Green, said according to Yahoo.

Sy is now a high school graduate and used some of the money to help him attend college at The Academy of Art University in San Francisco.

The student hopes to visit the inmates whenever he's home on break.

"That's only the right thing to do. Beyond the scholarship, the knowledge that they pour into you, that's, that's the best thing," Sy said. "They definitely take my future serious and they genuinely do care about me as a person."

After serving 20 years for an armed robbery in which one victim was fatally shot, Bryant had his sentence commuted by California Governor Gavin Newsom due to his contributions in restorative work while he was in prison.

He now works as the Director for Restorative Work at an organization called Creating Restorative Opportunities and Programs (CROP) which helps formerly incarcerated people succeed in their communities.

From Your Site Articles
Related Articles Around the Web
prison