This hilarious ad for a 1996 Honda is the perfect commentary on materialism. 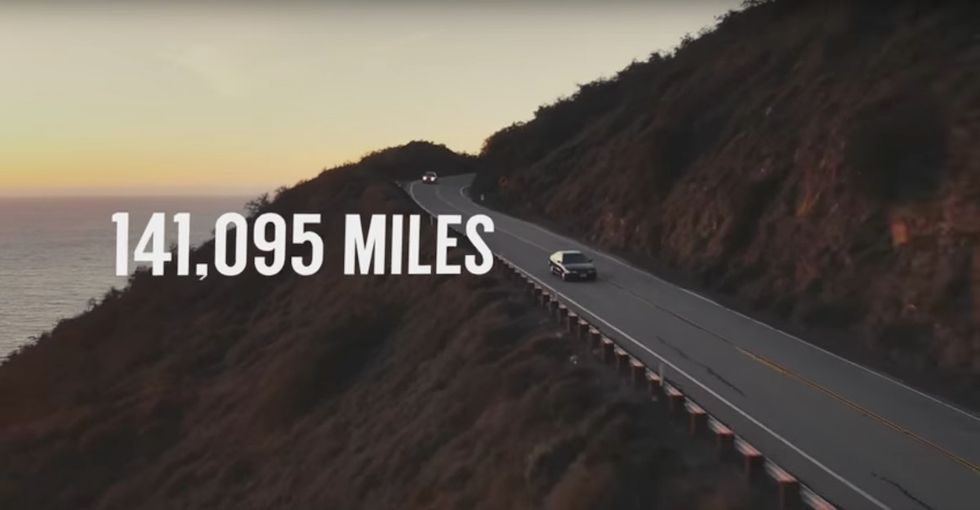 When Carrie Hollenbeck needed to sell her 1996 Honda Accord, with over 140,000 lifetime miles on it, having a filmmaker boyfriend paid off. Big time.

Max Lanman had the idea to produce an actual commercial to advertise his girlfriend's jalopy. But this wouldn't be some low-budget production for a 4 a.m. run on the local access cable channel. Oh no. Not at all.

“I thought it would be hilarious to make a high-end car commercial for a really junky car,” Lanman told ABC News. “And she had just the car.”

The ad begins like any high-gloss, self-important, sleek car commercial, with a deep-voiced narrator uttering some vaguely inspiring patter: "You, you're different. You do things your way. That's what makes you one of a kind."

Cut to — instead of a luxury vehicle with a slick dash, leather interior, and impeccably dressed anonymous driver — Carrie's old Honda, complete with coffee spills, random objects rolling around in the back, and one of those cassette things you use to play your iPod in a car without Bluetooth.

"You don't do it for appearance. You do it because it works," the narrator adds triumphantly.

Check out the finished product, which has gone viral with over 4 million views:

Lanman may have intended the piece to be more silly than satire, but the faux ad inadvertently makes an important point about the car buying experience in America.

As commonplace as the ads he's lampooning are, the majority of Americans cannot afford a new car. Things are only getting worse — the average price of a new vehicle has skyrocketed 35% since the 1970s, while the median household income is only up about 3% for the same time period.

Cars have always been a status symbol, but somewhere along the line — between the time of horse-drawn carriages and the modern era of Matthew McConaughey selling Lincolns by falling backward into an infinity pool while wearing a tuxedo — cars have become an extreme symbol of status.

Car commercials would have you believe that cars are not something you buy because of how well they can get you from Point A to Point B, but because of how they made you feel and how they make you look to other people. For every person buying a $60,000 car that fits their "lifestyle," (or to sit in their garage, barely touched) there are dozens more people buying a used junker on Craiglist or eBay because it's all they can afford. And there's nothing wrong with that.

Though it wasn't intended to be, Max and Carrie's viral ad is almost a digital middle finger to those who want the rich to get richer and income disparity to get worse. It reminds us to be proud of our ability to successfully live our own lives, even if it's not always pristine or glamorous. This ad ... is practical and real and ... well, it's all of us.

"Luxury is a state of mind," the narrator bellows at the end. Finally, a car slogan everyday Americans can get behind.