These women's lives are like a Greek tragedy. So they took it to the stage and found strength.

"I feel that Antigone resembles me a lot. A lot," says one of them. 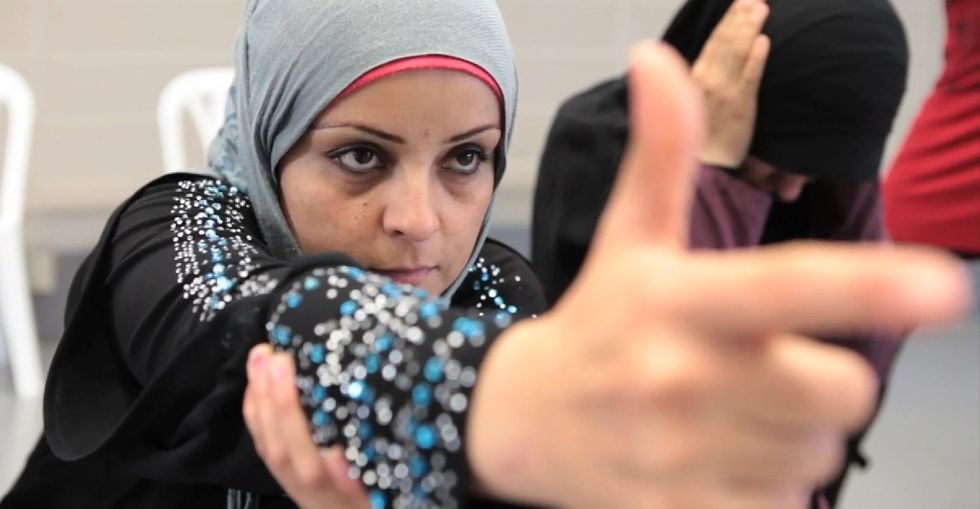 The project began as a way to give the women a chance to get out of their usual daily lives in refugee camps, but it became much more.

The women selected the ancient Greek play "Antigone" to work on.

It is the tragic story of a woman who fights against a tyrannical king for the right to give her brother a proper burial. Although the play is nearly 2,500 years old, these 21st century women saw themselves in Antigone's story.

In an eight-week workshop, the women explored the text and shared the parallels between their own lives and Antigone's. The workshops culminated in performances in Beirut in December 2014. The ultimate production was a combination of the women's real-life stories and the ancient text.

It's a terrible thing to look at a Greek tragedy, written to embody a community's sadness and sin, and see your own life.

In her review of the play for "Arab Review," Sophia Smith Galer describes one such connection:

"The most horrific parallel between Antigone and any of the characters belongs to the narrator, Mona, who lost her son to Leukaemia and was unable to give him a proper burial: 'His grave is still without a stone.' Sharing Antigone's anguish at not seeing her loved one properly buried, Mona, however, relented to the power of the state and was forced out of Syria. She spoke of her guilt but then asked the most important question of the play: 'Would Antigone have done the same had she had children of her own? We are not the daughters of kings. We are ordinary people.'"

Rasha, an actor from Aleppo, also connects with the themes of sadness and oppression and the hopelessness of a Greek tragedy. She writes, "We live in sadness and how long the sadness will last I don't know. We're not happy. In Syria we were afraid of the bombings and shootings, we came here and we're oppressed."

But the project has given the women real strength.

To make this possible for the women, Aperta provided nursery care for the children and a stipend for the actors. This money itself was empowering.

"This theatre project has given me a sense of empowerment. I feel strong," writes Zena. "My husband says, 'You're a woman, you shouldn't go out, you have to stay home.' But now I am the one who is working, it's not just him who goes out, and talks and has fun; now I can too. I can do even more than him in fact."

Another actor, Mona, writes, "I hope to give the world a different opinion of Syrian refugees. There are those of us who are cultured and educated ... We wear hijabs and can be on stage and do anything. Our hijabs don't trap our minds."

To learn more about the project and hear from other women who found artistry and empowerment through it, check out the video below.