Now this is good publicity. 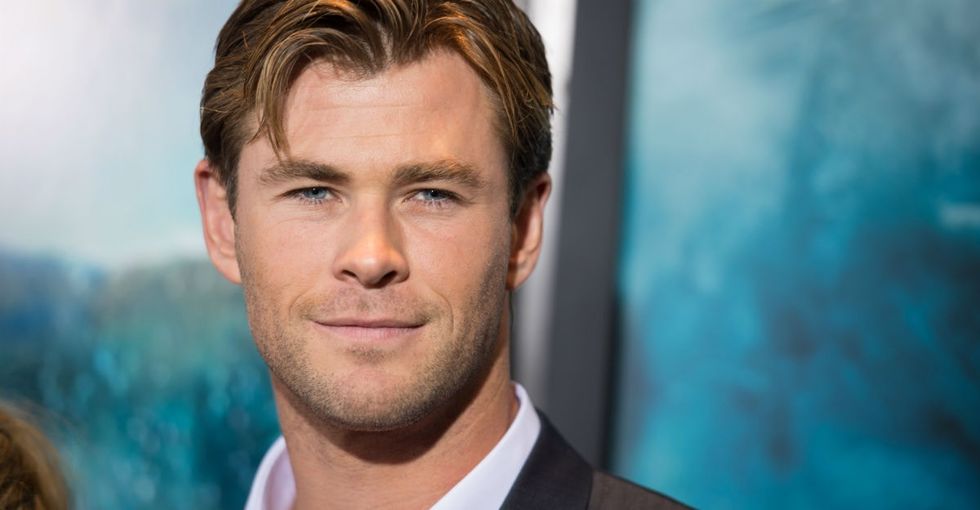 The celebrity tabloid news industry is basically a collection of our* guilty pleasures rolled into one massively problematic dumpster fire.

*The fact TMZ is bookmarked in my web browser means I am certainly part of the problem.

Body-shaming, invading privacy, luring famous kids into photos using other children as bait — sometimes it feels like there is no lowest low when it comes to the paparazzi and our infatuation with famous folks.

And the two are drawing massive amounts of attention on the set.

So many fans trying to get a peak at #Thor filming in Brisbane @abcnews https://t.co/ACyPxYAD0R
— Stephanie Smail (@Stephanie Smail)1471831170.0

But instead of all that star-studded excitement going to dumpster fire waste, one seemingly run-of-the-mill tabloid photo of Hemsworth is actually doing a whole lot of good for a worthy cause.

Livin, a small charity fighting the stigma surrounding mental illness, has been thrust into the spotlight thanks to the star.

The Australian group's name and logo appeared on a sweatshirt Hemsworth was sporting on the set after he learned about the nonprofit from a friend of the group's co-founders, BuzzFeed reported. The actor wanted to help get the word out about the charity.

Since Hemsworth was spotted in his Livin gear, sales for the brand's apparel line have "spiked," according to the nonprofit.

"You can't really put it into words," cofounder Casey Lyons told Gold Coast Bulletin about the difference Hemsworth's support has made.

"Chris liked the look of it and said, 'That's a cool shirt,'" Lyons said. "When he heard the message behind it, he was more than happy to help support it."

Proceeds from apparel sales benefit Livin's mission of combating stigma and getting the word out that "it ain't weak to speak" — a motto crafted to encourage others to seek help.

Fighting the stigma is a cause near and dear to the cofounders' hearts because they lost a dear friend to suicide a few years back — a loss that inspired them to launch Livin in 2013.

Ending stigma surrounding mental illness is a key component in making progress on this issue.

While mental illness is relatively common — about 1 in 5 American adults live with some form of it, like depression or bipolar disorder, according to the U.S. Department of Health and Human Services — harmful negative stereotypes remain.

Those living with a mental illness aren't weak, dramatic, or more dangerous than anybody else; our society has unfairly labeled them as such.

That's why it matters for a guy like Hemsworth to throw his Thor-like weight behind the issue.

"It’s so great to see someone of [Hemsworth's] profile getting behind the charity," cofounder Sam Webb explained.

Now that's some celebrity news I can consume guilt-free.