She knows more about the effects of asbestos than she ever wanted to — so she's sharing her story.

What do you know about asbestos? 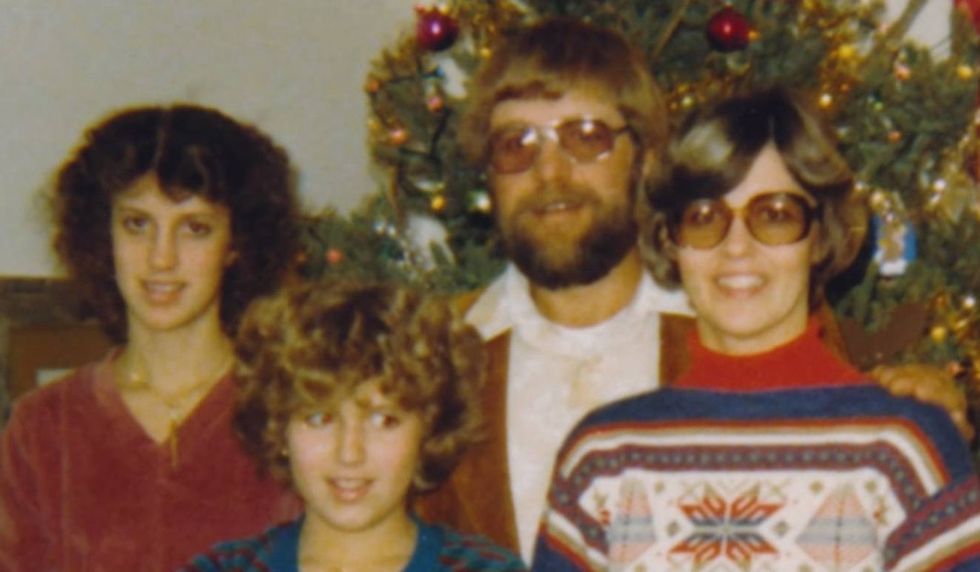 When Heather Von St. James was 36 years old, her doctor gave her a horrible diagnosis.

When the doctor said the words "malignant pleural mesothelioma," Heather was terrified. Most people who receive that diagnosis only live for a couple more years, tops. And Heather had a 3-month-old daughter to care for.

But what even is malignant pleural mesothelioma, and how had Heather gotten it? Mesothelioma is a rare cancer that can form in the lining of internal organs like, in Heather's case, the lungs. It is most commonly caused by exposure to asbestos.

Heather with her daughter in 2005.

Asbestos. Isn't that the scary stuff you find in old buildings?

Indeed it is. Asbestos is a naturally occurring mineral loaded with characteristics that make it very desirable as a building material. It absorbs sound, it's very strong, it's resistant to fire, heat, electrical, and chemical damage, and it's also pretty cheap stuff (not counting the toll on human lives...).

It's not just in old buildings — asbestos is still used in drywall, plaster, fire blankets, vinyl flooring, vehicle brakes, and a host of other frighteningly common products.

Of course, in addition to all its desirable characteristics, asbestos also happens to be pretty deadly: inhaling those teensy tiny asbestos fibers can cause fatal illnesses. It's particularly dangerous if you're exposed long-term — day after day, month after month. Like if you work with asbestos. Or maybe ... if your dad does.

Larger pieces of asbestos (via Thinkstock).

How do you end up with a cancer you've never heard of?

"I was a new mom," Heather explained, "and I was diagnosed with this really rare cancer that I'd never heard of except for in commercials on TV." But as soon as she heard the word "asbestos," she knew where she'd been exposed.

See, Heather's dad worked in construction when she was little and was often handling materials laden with asbestos. She told me, "I would hug him when he would come home. I would wear his jacket to go out ... and do chores in the yard. ... And his car was always covered in dust. That's where I was exposed. And 30 years later, I'm sick because of it. It made me angry."

Heather as a child with her family.

According to the World Health Organization, over 107,000 people die each year from asbestos-related illnesses due to occupational exposure. That doesn't even count people who've been exposed to asbestos in the natural environment, or people like Heather, or the friends and family of those who are occupationally exposed.

"I was the [patient] ... that the asbestos companies never wanted to admit there was."

Heather explains, "I was the [patient] ... that the asbestos companies never wanted to admit there was: the daughters, the wives of the asbestos workers."

Tell me again why this stuff is still legal in the U.S.?

Yep, that's right, asbestos is still legally used in many products in the U.S. today.

It's legal today despite the fact that the adverse health effects of asbestos exposure were first documented in 1899 and have been proven time and again over the past century. And despite the fact that dozens of other countries (including the United Kingdom, France, Germany, Ireland, Japan, Chile, Australia, Turkey, and many others) have banned it entirely.

In the 1970s, the U.S. Environmental Protection Agency (EPA) banned a few limited asbestos uses — such as use in many spray-applied fireproofing and insulating products. And in 1989, the EPA tried to take more aggressive action with the Asbestos Ban and Phaseout Rule, which was intended to phase out asbestos entirely.

Needless to say, the ban didn't last. In 1991, the asbestos industry sued the EPA, arguing that there wasn't enough evidence of health risk and that a complete ban was not the "least burdensome" way to abate any proven risk. A federal court ruled in favor of the asbestos industry, and although minor victories have since been made, attempts to outright ban asbestos were all but abandoned.

What does Heather have to say about all this? “Money speaks in government, and [asbestos] is a big industry. The only reason it's still [being used and imported] is money. It's down and out corporate greed."

Your family could be at risk — but don't panic (yet).

Asbestos-related illnesses are caused by inhaling asbestos fibers. If the material is left undisturbed and intact — maybe buried in a wall or beneath subsequent layers of flooring — the risks are minimal.

We all frequent buildings laden with asbestos nearly every day.

But if a building is more than a couple decades old, be aware that it's likely to have asbestos hiding somewhere — maybe in its insulation, in its popcorn-style ceilings, or in its vinyl floor tiles.

We all frequent buildings laden with asbestos nearly every day. In most non-occupational situations, the risks are minimal. But if you're planning any home renovation projects, or if you suspect that you may have exposed asbestos in your home, you're going to want to hire a professional to come deal with it.

After intensive medical treatment — including a lung removal — Heather's life has changed dramatically. She wasn't able to return to her previous job, so she now spends much of her time as a patient advocate, supporting others and sharing her own story. She explains, "I'm very public, because I don't want anybody to have to suffer through this alone. I want them to know that there are people out there living with this disease and thriving."

That Heather has survived so long is extremely rare for a mesothelioma patient. And because of that, her story is one of hope. She advocates finding better treatment and a cure for all asbestos-related illnesses, as well as an outright ban on all asbestos.

"I'm very public, because I don't want anybody to have to suffer through this alone. I want them to know that there are people out there living with this disease and thriving."

What does Heather wish everyone knew about asbestos? She says, "I wish the general population knew how dangerous [asbestos] is, and the fact that it's not banned in the U.S." Asbestos is simply far too dangerous to be legal.

Hear the story from Heather herself below, or check out her blog.