This handgun is an abomination, but the fact that people are defending it is even worse 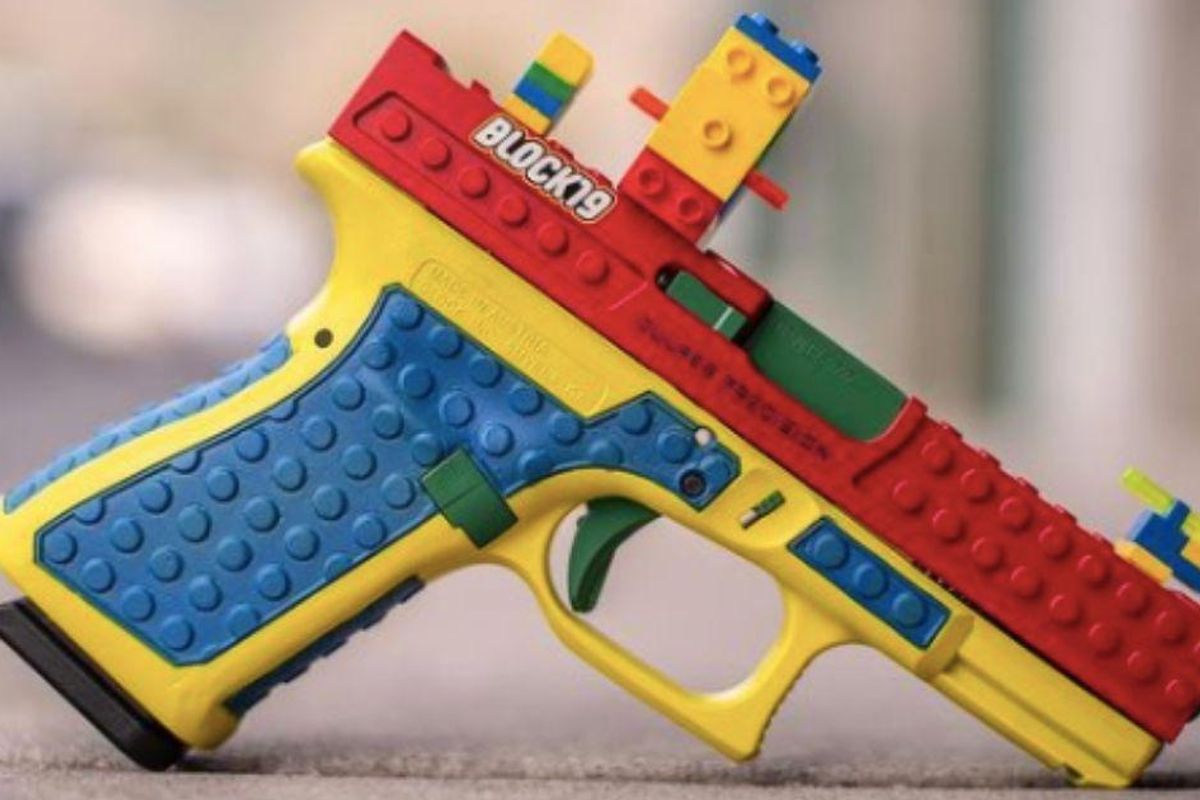 That's just a sampling of headlines from just the past few weeks in the U.S. According to Everytown Research, a child was killed in an accidental shooting every day prior to the pandemic, and those numbers surged by nearly 30% in 2020. And that's just the kids who are killed. Countless more are injured by accidental gunfire.

Laws exist to make sure toy guns don't look exactly like real guns (orange tips are supposed to be the giveaway), but not vice versa. In light of the fact that gun violence is the second leading cause of death for children under age 19 in the U.S., the idea of someone intentionally making a real gun look like a toy is unfathomable. The idea of marketing and selling and a real gun that looks like a toy is even worse. And the idea of celebrating a gun that looks like a toy is so weird and disturbing it's not even funny.

That didn't stop Utah custom gun maker Culver Precision from doing just that, though. The company shared a photo of its "Block19"—a Glock handgun covered in LEGO-style brick pieces—on its social media pages. So bright and colorful, right? "SUPER FUN," as the company described it, according to the Washington Post.

"We have been building guns out of blocks for the last 30 years and wanted to flip the script to aggravate Mom," the Culver Precision website read, prior to the listing being removed. "There is a satisfaction that can ONLY be found in the shooting sports and this is just one small way to break the rhetoric from Anti-Gun folks and draw attention to the fact that the shooting sports are SUPER FUN! Here's the thing. Guns are fun. Shooting is fun. 30 rounds full auto is fun."

Maybe that's true, for some people. And maybe this prototype was made as a joke "to aggravate Mom." Well, mission accomplished. This mom is aggravated, because I don't think there's anything funny about making a Glock look like an actual toy when kids already have a hard time differentiating between a toy gun and a real gun and American children are being shot every day.

LEGO apparently doesn't find it funny either, since they sent Culver Precision a cease and desist letter. (Worth noting that the company's posts were careful not to mention LEGO by name.)

Culver Precision president Brandon Scott spoke to the Post about the gun, saying he'd sold less than 20 of them, but that the majority of online commenters thought it was "super cool," "hilarious," or a "10/10 meme gun." Perusing the comments on their social media posts, it does appear that their fans see absolutely nothing wrong with a Glock that looks like a LEGO toy. It feels like an alternate universe where down is up, left is right, and preschoolers don't shoot themeslves or their loved ones every damn day.

NEW: I tweeted about this gun meant to look like a toy last week and our organization reached out to Lego. The comp… https://t.co/Eb5c2LWsrc
— Shannon Watts (@Shannon Watts)1626185139.0

Scott told the Post that the company would not be responsible if a child got hold of this kind of gun and killed or harmed themselves or others, that parents are responsible for keeping their guns away from kids, but also that parents shouldn't be held criminally liable in such a scenario.

In other words, Scott is living in a world divorced from reality. Yes, adults should be responsible gun owners. But far too often, they are not, and children pay the ultimate price. Sure, shooting might be fun for some people. But the last time I checked, an adult pastime that is actually fun doesn't need to be dressed up in a childlike way. (In fact, in most scenarios that would just be considered weird.) Absolutely, gun ownership is a constitutional right. But the entire gun rights argument for opposing government regulations hinges on responsible gun ownership, and creating a gun to look like LEGO toy is one of the most irresponsible things I've ever seen a gun enthusiast do.

As I'm sitting here writing this, just now, my 17-year-old looked over my shoulder at the photo of the Block19. Our brief conversation about it:

"It's a Glock covered in LEGOs."

"That is SO freaking stupid."

It really is that simple.

I'm well aware that people collect guns and that there are guns for display and guns for art purposes, and I'm also aware that this gun isn't being marketed as a serious weapon. But that in and of itself is a problem, because a gun is a serious weapon. Responsible gun owners acknowledge that fact, respect it, and teach it. They don't superglue LEGOs onto a Glock because they know that making a serious weapon look like a toy removes the seriousness from it and creates a confusing message.

You think shooting is fun? Have at it. But don't pretend that making a gun look like a toy isn't incredibly irresponsible when far more preschoolers are killed by guns than on duty police officers in the United States. It's a bad look and absolutely flies in the face of every "responsible gun owner" argument used to argue against common sense gun legislation.