For Lent, the Pope is asking Catholics to stop being mean to each other on social media 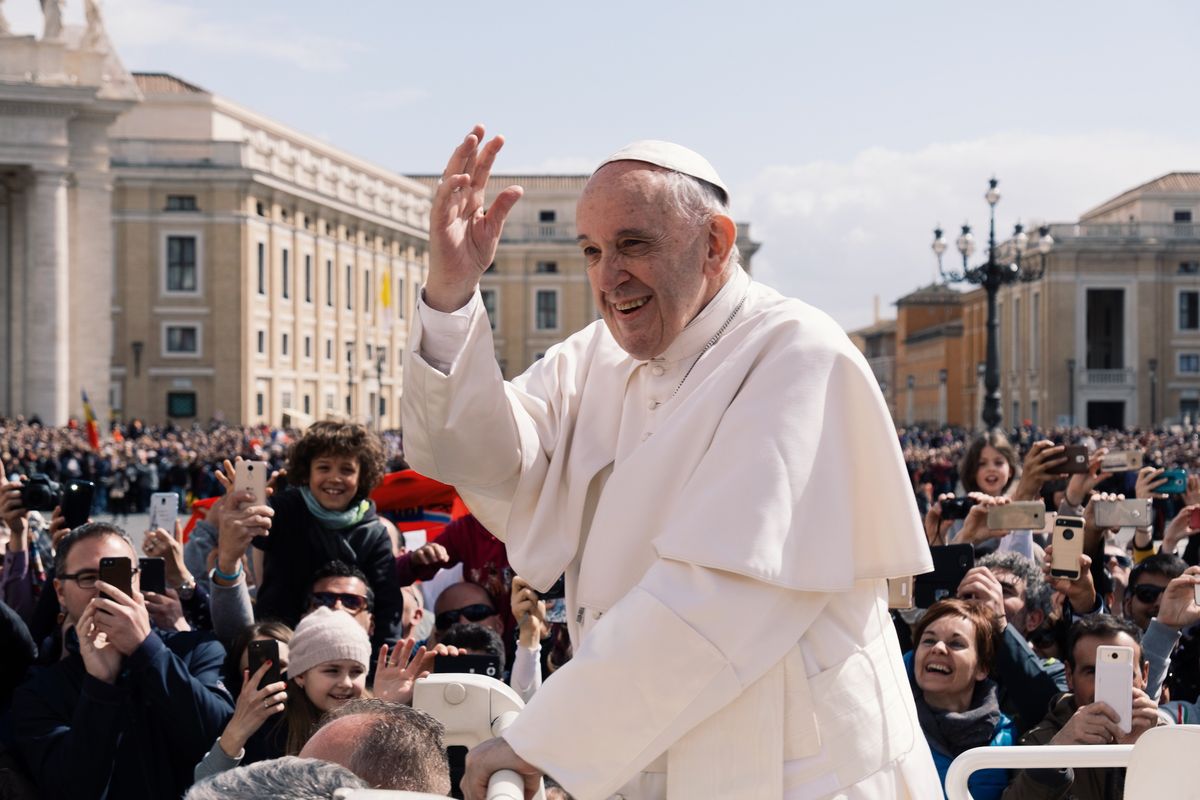 Photo by Ashwin Vaswani on Unsplash

Being nice to each other on social media doesn't just feel novel, it might literally be holy. During his Ash Wednesday remarks, Pope Francis suggested that his devout followers take a break from trolling people on social media:

"We live in an atmosphere polluted by too much verbal violence, too many offensive and harmful words, which are amplified by the internet," he said. "Today, people insult each other as if they were saying 'Good day.'"

Photo by Nacho Arteaga on

Here at Upworthy, finding ways to unite and build each other up instead of tearing each other down is at the very core of our mission. Social media has created an incredibly powerful tool for self-policing that would otherwise allow so many injustices to slip through the cracks. Massive cultural milestones like the #MeToo movement literally wouldn't have happened without social media helping to power the voices of women speaking out and providing them with a forum to safely do so.

But we've also seen how the same social media outlets like Twitter and Facebook can be used to tear down the innocent or even "cancel" someone who has made mistakes but expressed a willingness to learn, apologize, and do better. Striking the right balance between righteous anger and self-righteous behavior could literally decide the next four years of our government heading into the 2020 Election season.

And we're delighted that Pope Francis seems to really get it.

Of course, Pope Francis also suggested Catholics consider giving up their TVs and phones for Lent, saying: "Lent is the right time to make room for the Word of God. It is the time to turn off the television and open the Bible. It is the time to disconnect from your cell phone and connect to the Gospel."

We're not experts on the holy word, but that might just be a bridge too far!

The best part is you don't have to be religious at all to practice a little civil discourse. Sometimes, the most powerful decision is to say nothing at all rather than add to a toxic discourse. According to Reuters, the Pope's words were "partially improvised" but they feel scripted in the best sense of the word; a guidebook for what to say, what not to say and how to navigate between the two in moments of doubt or confusion.

Speaking of Lent, Pope Francis described this moment as "a time to give up useless words, gossip, rumors, tittle-tattle and speak to God on a first-name basis."

The Pope hasn't mentioned his call for a more civil social media on social media itself. But his Ash Wednesday tweets were filled with a typically civic-minded approach to his faith that has won Francis accolades from people across faiths and those who practice no faith at all.

Worldliness is the enemy of God. There is only one path against the spirit of the world: humility. Serving others,… https://t.co/KgXxoihOzE
— Pope Francis (@Pope Francis)1582631004.0

And for those who don't have a religious affiliation, instead of speaking to God on a first-name basis, perhaps we can start with speaking to our digital neighbors in the way in which we'd like to be spoken to.

It's OK to have disagreements. In fact, civil debates are part of the cornerstone of any healthy democracy. But dialing back the invective — going high when they go low might just be the missing part of the whole conversation.

From Your Site Articles
Related Articles Around the Web
pope francis