"Fast fashion" brands that offer high fashion styles at a fraction of the price have become all the rage in recent years. But when you see what it really cost to put these clothing items on the rack, it becomes obvious that something needs to change. 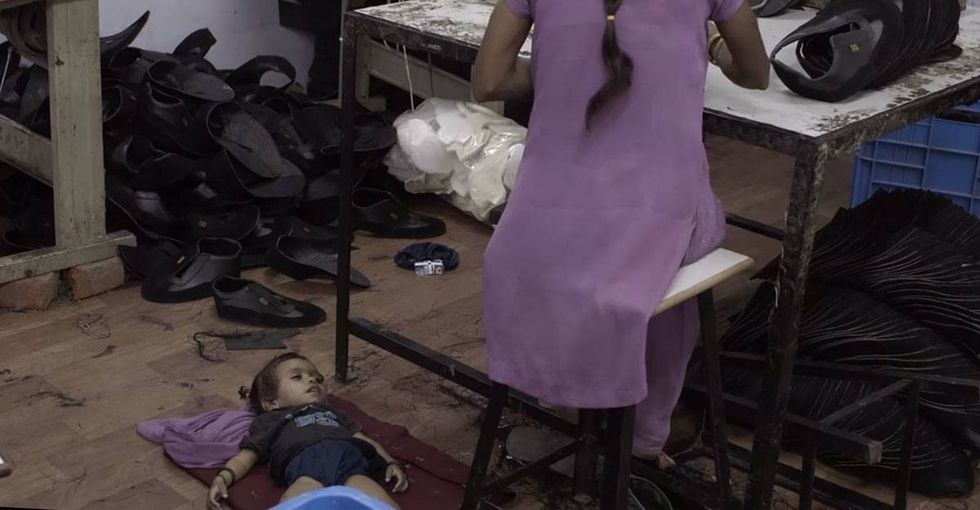 They turn out fashions as quickly and cheaply as possible. But the workers behind your favorite brands are the ones who pay the price.

All images via "The True Cost."

Stores like H&M, Zara, and Old Navy have grown in popularity partly due to their low prices and ever-changing merchandise. In direct contrast to high fashion brands that only release new lines for the changing seasons, "fast fashion" brands stock new clothing almost every week. In order to pump out clothes at low prices, brands have resorted to low-wage garment factories in Bangladesh, where workers make just a few dollars a day. But the low wages aren't the only sketchy part of these factories.

The buildings themselves are extremely dangerous to work in. A 2012 fire at the Tazreen Fashions factory, which produced clothes for brands including Walmart and Sears, left over 100 people dead. And in May 2015, another 72 workers were killed when a fire broke out at a footwear factory in the Philippines. The culprit? Cramped buildings without fire escapes or fire alarms, barred windows, and dangerous flammable chemicals. In some cases, workers had been locked inside the factories to ensure no one left before their sometimes 12-to-14-hour shifts were completed.

But these aren't just scary working conditions. Some employees actually give up part of their measly paycheck in order to live in the factory. Pregnant women are often stuck working long hours without maternity leave. Others end up bringing their young children to work with them.

"The True Cost" gives us a firsthand look at the factory-working people behind our favorite brands while also proving that no outfit is worth a human life.

"The True Cost" premieres worldwide and is available for download May 29, 2015. Visit the movie's website for more details.