Mother of boy with autism raises $35,000 for school custodian who helped her son 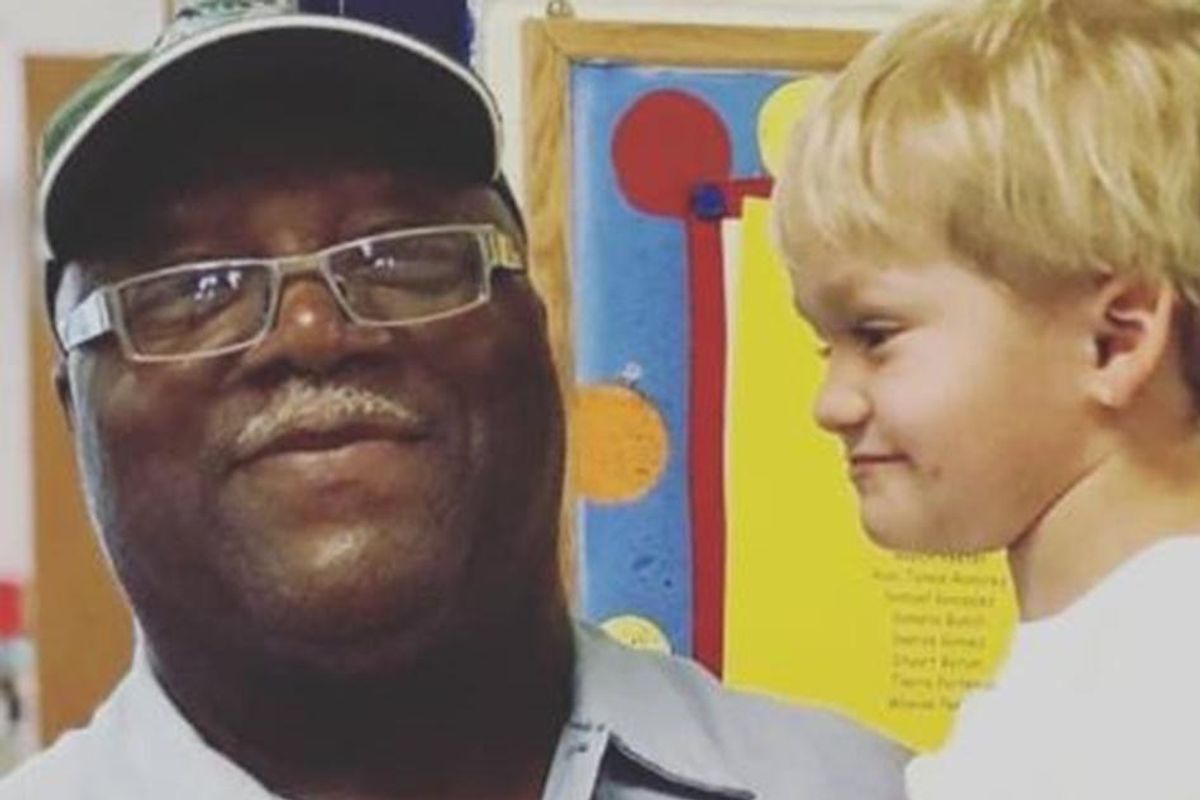 Raymond Brown has been working as a custodian at White Oak Elementary School in Edenton, North Carolina for the past 15 years. He is a beloved figure at the school and Adrian Wood perfectly explained why.

"I've witnessed the way Mr. Brown speaks to visitors and teachers. The way he's never in a hurry or too busy to talk to the children," said the mother of four whose children have all attended White Oak Elementary. "The way he's willing to clean up bathroom accidents or help me post stuff on the walls or set up for PTA events."

According to Wood, Brown and his wife have been married for 38 years and have four kids, but unfortunately, they lost one in a motorcycle accident.

Wood also has a very personal reason why she thinks Brown is so special. He has become a good friend to her youngest child, Amos, a seven-year-old boy with autism.

"Sending three typical kids to school — you're sad, but you're excited for them," Wood explained. "Sending Amos to school was such a different path. He was three when he started school. He was in diapers and he didn't speak. But after Mr. Brown started saying 'hello' to him and calling him 'Famous Amos,' Amos started saying, 'Hey Brown," when he saw him. He wasn't even saying 'Daddy' at that point, so it was really something."

Amos's relationship with Brown has made it easier for him to get along with other children, too.

"You have this man that everybody loves suddenly paying attention to this little boy," Wood added, "Amos is a hard friend to have. He takes a lot more than he gives and that's tough for children. But those kids saw that he was popular and loved and they started fighting over who would get to hold Amos' hand on the way to the classroom. It meant so much to me for him to be so favored by the other children at school, and Mr. Brown had a big hand in that."

Brown was nominated to win a $10,000 prize in the North Carolina Schools Heroes contest, but sadly he didn't win. The loss affected Wood so deeply, she decided to create her own award for the custodian.

Wood has a popular blog called Tales of the Educated Debutante and when she told her followers about the award for Brown, the community stepped up, raising $35,000 for him.

On March 20, Brown dressed up in a tuxedo to take anniversary photos with his family at a local waterfront. When he arrived, he was surprised by Wood and members of the community with the award.

"I was very surprised," said Mr. Brown. " To see all those people shouting and hollering 'Mr. Brown, congratulations,' it was beautiful and it's hard to explain, but I know this community loves Mr. Brown."

Michelle Newsome, the principal at White Oak, says her staff is just as fond of Brown as the students and parents.

"Mr. Brown is really, truly so deserving of all of this and then some," said Newsome. "He's our rock-steady fella here at White Oak... he's just a gem and we are so lucky to have him here. There isn't a child in this building that doesn't know who Mr. Brown is and that Mr. Brown cares for them and loves them."

So now, the big question is, what's Brown going to do with his gift?

"My wife has a little bit of plans for it," Brown explained. "We'll probably travel and see some of our family that we haven't seen since COVID. And she wants to do some work on the house — pull some carpet out and get a bigger porch. I just want a used work truck for myself."