Listen to Kevin Bacon's epic plea to 'Game of Thrones' to include more male nudity. 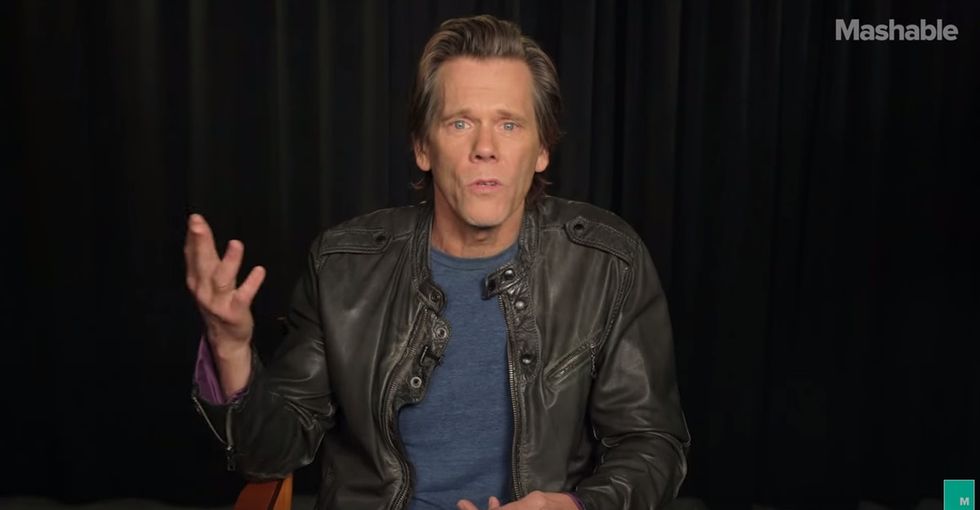 Let's cut to the chase. Gentlemen, Kevin Bacon wants to see more of your "bacon" in movies.

And he's not talkin' breakfast food. He means your junk. Your stuff. Your ... you get the picture.

Hear him out, fellas. He brings up a great point.

GIF via The Watercooler.

"Game of Thrones — we got three sex scenes an episode. How hard would it be to just show one or two weiners every couple minutes?"

The facts back him up here, too. Women are way more likely to appear nude in films than men are.

A study out of USC's Annenberg School for Communication and Journalism analyzed the 100 top-grossing films of 2014 and found some troubling facts when it came to the sexualization of women in film.

Last year, women were significantly more likely than males to appear nude, be shown in "sexy attire," or be referenced as physically attractive on screen.

Check out the numbers:

Chart from "Inequality in 700 Popular Films: Examining Portrayals of Gender, Race, & LGBT Status from 2007 to 2014" via the Media, Diversity, and Social Change Initiative at USC Annenberg.

As Bacon explains in the video below, those stats are whack.

And I have to agree with Kevin. It makes sense that a show that tosses bare breasts around like candelabras as set dressing might also benefit from a little male nudity.

Let's keep the conversation going about Hollywood's sexist double standards. I'm gonna keep my clothes on for now, but Kevin, you keep doing you.

You can hear Bacon's full argument in this video from Mashable's Watercooler: