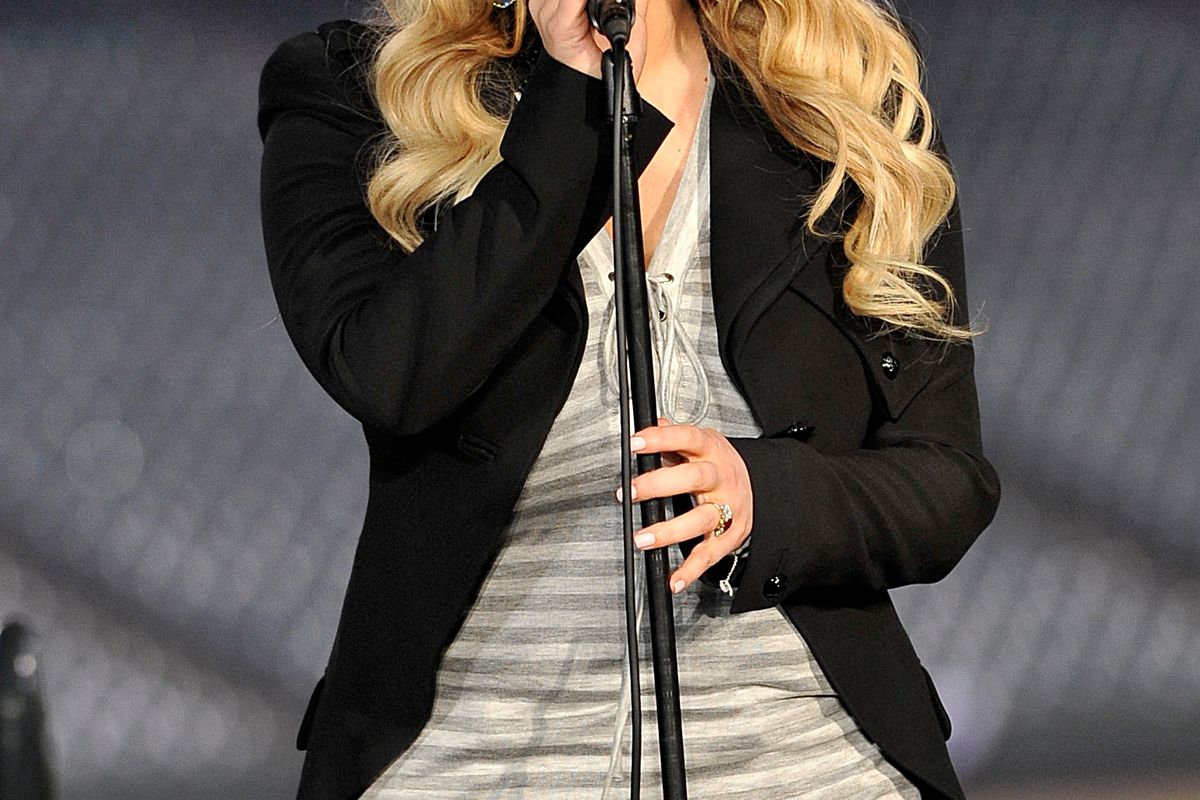 The process of getting your body to return to normal after delivering a baby can take time.

Most bodies don't just "snap back," and it can take from six to eight months for the average woman to feel mostly recovered from having a baby. It's also totally normal to retain weight after giving birth. Most women keep on 11 or more pounds. But there's still a stigma on postpartum bodies. As if the pressure that comes with having a newborn child isn't bad enough, women are also often pressured to make their bodies trim and slim faster than is medically safe.

When Jessica Simpson was pregnant with her third child, Birdie Mae, she was open about the changes in her body. Simpson would post photos of her swelling belly and swollen feet on Instagram.

RELATED: Here are the ways your body changes when you're pregnant that nobody talks about

Simpson was delightfully honest, saying she weighed 240 pounds. She even posted a photo of the toilet seat she broke, because that's something What to Expect When You're Expecting conveniently leaves out.

Jessica Simpson on Instagram: “Warning...Don’t lean back on the toilet when pregnant 🤦🏼‍♀️”

After Simpson gave birth to Birdie Mae in 2019, she continued to be open and honest about her postpartum experiences. Simpson posted photos of her workouts. "I am working really hard right now," she told People at the time. "It's not easy at all, but I am determined to feel good. I have been doing a lot of walking — getting my steps in not only burns calories but it also helps me clear my head and get focused."

Jessica Simpson on Instagram: “Just stretching it out in my rubber corset. The joy of postpartum 🤗”

Six months after giving birth, she posted a posted a photo of her body after losing 100 pounds of baby weight. Commenters on Instagram praised Simpson for "snapping back."

Jessica Simpson on Instagram: “6 months. 100 pounds down (Yes, I tipped the scales at 240 😜) My first trip away from #BIRDIEMAE and emotional for many reasons, but so…”

In her new book, Open Book, Simpson reveals that she didn't post photos of her body to get compliments for snapping back. "Even now, people [are] commenting on my Instagram, 'Oh, snap back?' No, it wasn't a snap back and I don't even know what that word means," Simpson wrote in Open Book. "It's like, I work hard and when I work out, a lot of it is to release anxiety. That's one of my tools for sobriety. Just walking, just going and talking, walking and talking with my husband. Even some of my biggest fans…They're saying it as a compliment, but it's like, that's not what I was trying to get with this picture but okay."

Ultimately, Simpson is glad that extra weight doesn't carry as much weight as it used to. "I just thank God times are changing a little bit and people are standing up for themselves and making it not all about body image. I can hopefully be part of the change that my daughters grow up in a world where she can accept herself at any size," Simpson wrote.