It turns out your cat actually does love you, a new study claims 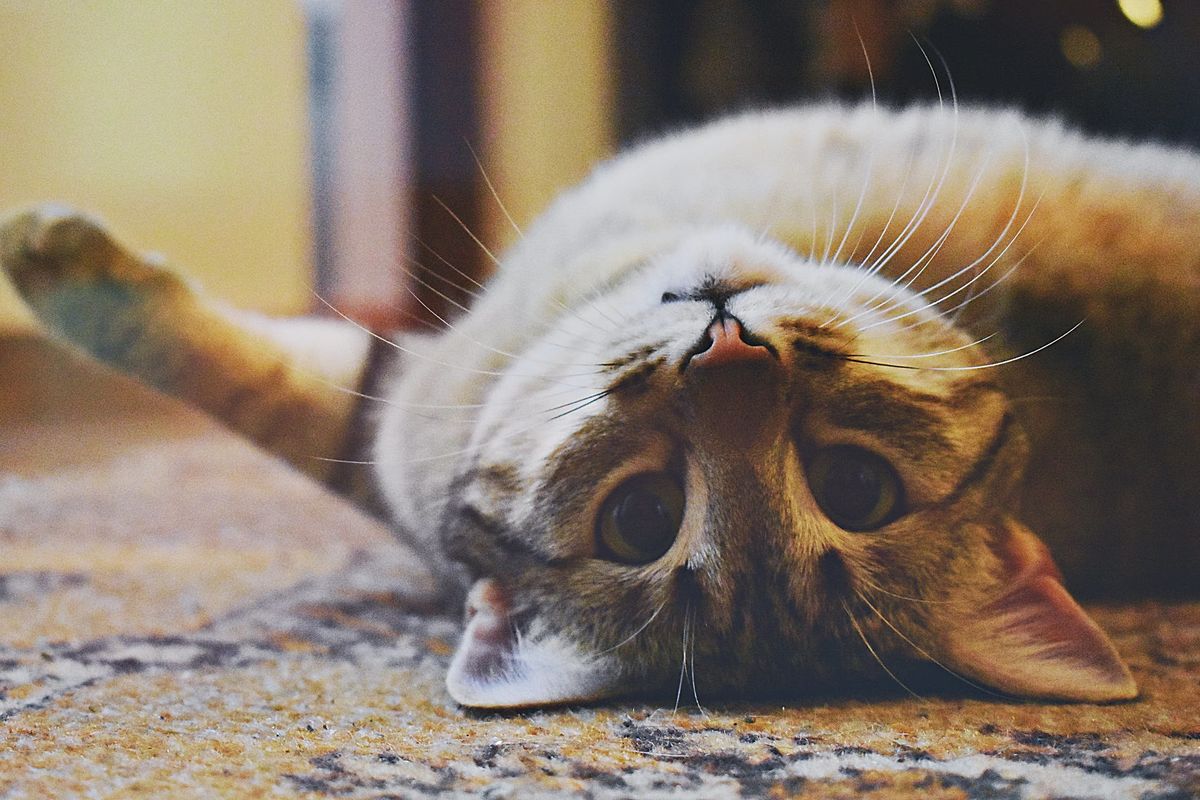 Cats can sometimes come off like aloof jerks. Their love often seems conditional. But turns out they actually love you more than they let on. Your cat might shoot you a stone-cold stare every time you pet it, but it actually harbors warm feelings underneath. And it's not just because you feed it. A study conducted by researchers at Oregon State University found that cats form "secure attachments" to their owners, meaning cats feel a sense of security from their owners. It's not dissimilar from dogs and babies. The findings were published in Current Biology.

The researchers studied 108 cats (70 adult cats, 38 kittens) and their owners using a test developed in the 1970s to study bonding between parents and infants. "We took [attachment styles] from other previous studies and just thought, 'Do cats actually fit these different styles or not?'" lead study author Kristyn Vitale told NBC News.

The cat was placed in a room with its owner for two minutes, then the owner left for two minutes. The owner returned for two more minutes to determine the attachment the cat had for its owner. Of the 70 cats, 64.3% of cats showed signs of "secure attachment," which means that they trust that their owner will take care of their needs. They felt safe exploring their surroundings, as well. "The characteristics of a secure cat, for example, [are] greeting their owner and then going back to what they were doing," Vitale told NBC News. "That's how a secure human also behaves."

The other cats showed "insecure attachment," which means they appeared to have anxiety or fear towards their owners. They either ignored their owners completely when they returned, or clung to them. Other signs included twitching their tails and licking their lips. By comparison, similar research found that 65% of children and 58% of dogs demonstrated secure attachment to their caregivers. There's a better chance that your cat feels more secure around you than your dog, even though your dog is all up in your business all the time.

Vitale says that it's important for owners to think about how much their cats rely on them for a sense of security. "When they're in a stressful situation, how they're behaving can actually have a direct impact on their cats' behavior. Cats that are insecure can be likely to run and hide or seem to act aloof," she said. "There's long been a biased way of thinking that all cats behave in this way. But the majority of cats use their owner as a source of security."

RELATED: Whoever is naming the cats at this Austin shelter probably needs to be drug tested

This wasn't the only time researchers were able to crack the thoughts behind your cat's icy gaze. In 2017, researchers at the Oregon State University found that cats prefer socializing with people to food. This is not a joke. Cats were given a choice of stimuli to see what they preferred. A majority of cats went for hanging out with humans first, then food.

All these years, we've been thinking about cats wrong. It's not that your cat doesn't love you. Your cat just has a very different way of showing you it loves you. It might not even look like love. Sometimes it looks like pee on your favorite sweater. But that's love. Really, it is.