In the big picture, a slim Biden win may actually be the best possible outcome for America 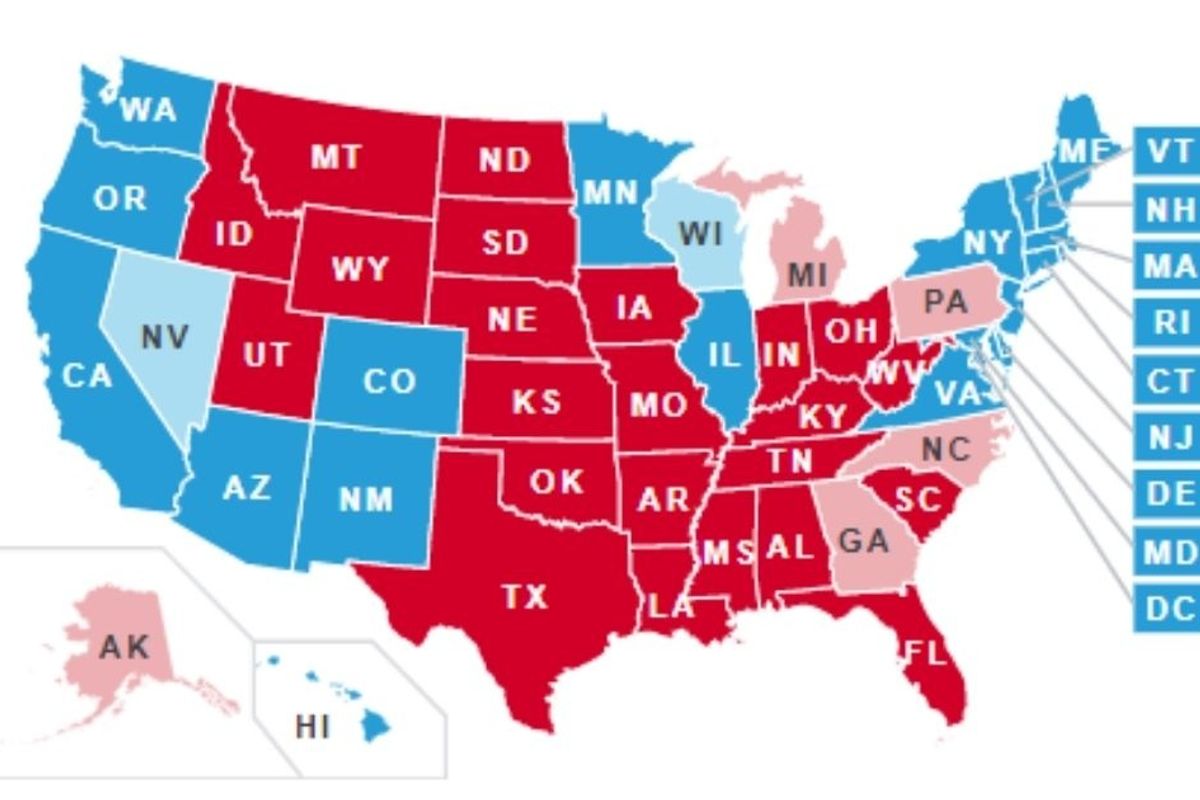 Progressive-minded people across the U.S. who were hoping for a landslide Biden victory that would serve as a referendum on Trumpism quickly had their hopes dashed on Election Night. As of this moment, we don't know the outcome of the election yet, but signs are pointing to a much-narrower-than-predicted victory for Joe Biden.

In all honesty, we should have seen it coming. As someone who spends a lot of time on social media and pays attention to what people pay attention to, the signs were all there. Comment sections full of Trump supporters pushing narratives full of disinformation. The Facebook Top 10 most popular posts list being filled with right-wing outlets that peddle alternative facts and bash legitimate journalism every single day (despite these same right-wing folks crying about Big Tech suppression and censorship). The clear fear and paranoia over "Antifa" and "radical leftists" and "socialism," which Trump has disingenuously-yet-successfully associated with the slightly-left-moderate-at-best Joe Biden. The racism, of course, that is obvious to half of us but that Trump and his supporters insist isn't there.

And if you're reading this article through Facebook, take a peek at the comments afterward. The vast majority of comments will be from people who only read the headline and don't read the article. It's going to happen as sure as the sun rises and sets. That's a big part of the problem, too.

American people today are living in two vastly different countries, if not entirely different worlds. On a fundamental level, we are more like the Divided States of America than the United States—only the divide isn't geographic, but ideological. People have unfortunately accepted the binary left/right, liberal/conservative boxes that modern discourse demands we place one another into, removing nuance from every issue and assigning a "side" to every statement. Even science—basic science—has become a politically polarizing topic.

Partisanship plays a big role in this, with the pitfalls of our de facto two-party system being laid bare. White dominance plays a big role, manifested in both obvious racism and the unspoken white identity politics that has been plugging along since our founding. Greed and selfishness play a role, as does the genuine economic strife of millions of Americans due to the pandemic. Disinformation plays a huge role, as do the ignorance and ingrained prejudices that make millions of Americans easy prey for it.

A Biden 2020 landslide was always a pipe dream. It was magical thinking for people who want to believe that these problems are not as prevalent as they are, who deluded themselves into thinking that Americans were somehow immune to the propaganda of a populist authoritarian demagogue, and who dared to hope for proof that we are better than our worst human instincts.

But here we are. Despite ample warnings from historians, psychologists, survivors of the Holocaust, and more that another Trump term would be the final blow to the foundations of our democracy, we sit here biting our nails over how close the final count will be.

Stepping back and looking at the big picture, though, this is probably the best possible scenario for America. If Biden pulls out a slim win, the immediate authoritarian threat of Trump is removed—but we will still be forced to confront our national and social demons. A landslide win would have been comfortable, which would have made it far too easy for too many of us to say, "Oh, that Trumpism thing was just a fluke. A blip. An anomaly. The country's really okay." Clearly it was not, and clearly we are not.

That's not a reality that's easy to swallow, but it's reality, and we need to face it head on.

When nearly 70 million Americans are willing to overlook hundreds upon hundreds of examples of indecency and incompetence—any one of which would have spelled the end of an elected official in a normal timeline—in order to avoid paying a little more in taxes, or to fulfill their xenophobic fever dreams, or to "protect the unborn" (despite abortion rates dropping the most under Democratic presidents), or to "protect the 2nd amendment" (despite zero evidence that Democrats were planning to do away with it), or to "save the us from corruption" over a toothless story about his opponent's son (despite Trump's corruption being rampant and out in the open), or to "save freedom" because they see being required to wear a mask during a literal pandemic as tyranny, or to see themselves reflected in Trump's own delusions of narcissistic glory (that's an actual psychological thing), or simply to "stick it to the libs" like we're all stuck in junior high school, no, we as a country are not okay.

And make no mistake—this is our country. It's the America of the moment, and in many ways, the America we've always been. Most Black Americans—who by the way came out 87% for Biden, by far the most of any racial demographic—have been telling us this over and over. The demographic vote split was largely predictable, with the only broad groups tipping for Trump being men (+1%), people over age 65 (+2%) and white folks (+14%). Women, every other racial group, and every other age group tipped for Biden.

So the one hopeful takeaway here is that the U.S. is growing less white and the older generation is on its way out. But we have to keep doing the work to make sure that the white supremacy we've inherited gets dismantled instead of passed on, and we have to keep fighting the good fight against misinformation that leads to a shocking percentage of people to believe in kooky, dangerous ideas of reality like QAnon.

Progress is usually a two steps forward, one step back process, but sometimes it seems like two steps forward, three steps back. Even if democracy prevails, we have a lot of work to do to make this country what it should—and hopefully can—be.

It'll be hard and it'll take time, but we'll get there eventually. We have to keep believing that.

From Your Site Articles
Related Articles Around the Web
election 2020