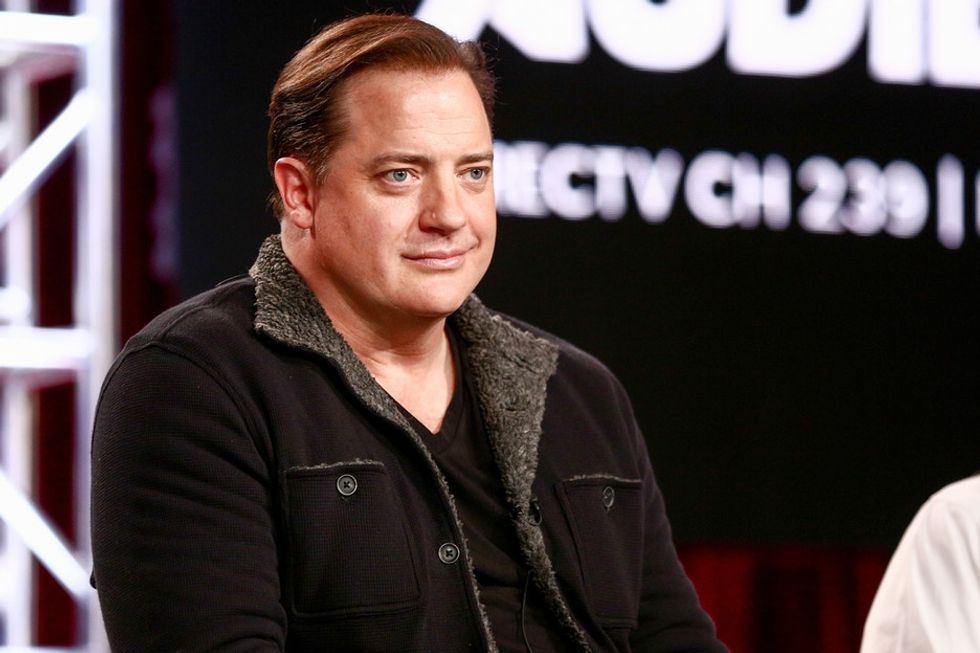 Remember Brendan Fraser? 10 years ago, he was one of Hollywood's biggest stars. Then, he suddenly disappeared.

If you were a kid in the late '90s and early '00s, chances are you saw a Brendan Fraser movie. The comedy and action star catapulted to fame behind blockbusters like "The Mummy" franchise, "George of the Jungle," "Looney Tunes: Back in Action," and the Oscar-winning film "Crash."

But after 2008, he largely disappeared from major starring roles. His absence wasn't due to drugs, a sex-scandal, or illness — despite memes and even reported articles speculating about his career arc, with many blaming it on poor career choices.

Fraser revealed in a recent interview that an incident of sexual harassment led him to withdraw from his high-profile lifestyle.

Lately, the actor has gradually returned to more high-profile roles, and in an interview with GQ, he explained that the real reason he stepped back from the spotlight was because of being physically groped by Philip Berk, a former president of the Hollywood Foreign Press Association.

In his own book, Berk admitted to "pinching" Fraser in the buttocks after an event, but Fraser says the incident was much worse. "His left hand reaches around, grabs my ass cheek, and one of his fingers touches me in the taint. And he starts moving it around."

"I felt ill. I felt like a little kid," he told GQ. "I felt like there was a ball in my throat. I thought I was going to cry."

He said it's time to speak out, and other male victims of harassment are supporting him.

Berk has called the allegation a "total fabrication" but acknowledges he sent Fraser an apology letter after the incident when the actor complained to the HFPA. Fraser said he tried to bury his feelings about the incident, but he was moved into action after seeing actresses and actors speaking up at this year's Golden Globes.

Despite his reservations, people seem to believe, and be genuinely moved by, Fraser's claim. Once the target of jokes, Fraser has become a catalyst for moving praise across social media.

The Brendan Fraser story is a good reminder to always side-eye established, assumed narratives. So many people have… https://t.co/UJqXbhuEdf
— alanna bennett (@alanna bennett)1519324727.0

He's also earned some public support from actor Terry Crews, who has publicly discussed experiencing a similar incident years ago.

"Brendan is amazingly courageous in telling this," Crews wrote on Twitter. "His assault experience is extremely similar to mine — ending with the assailant explaining away his actions. One man's 'horseplay' is another man's humiliation."

Brendan is amazingly courageous in telling this. His assault experience is extremely similar to mine— ending with t… https://t.co/dozeKKGdMG
— terry crews (@terry crews)1519326052.0

Victims of sexual harassment and assault often face deep shame and fear in speaking out. Speaking out takes courage.

Speaking out after experiencing harassment or assault can be an incredible challenge, often full of personal and professional risk. Though the majority of assaults are against women, men face their own similar challenges in overcoming shame, doubt, and repercussions for coming forward and speaking out. When men like Fraser and Crews speak out, they help clear the path for other men to come forward with their own stories.