Homeless people face plenty of uncertainty, but one city stepped in with a legal leg up.

The city wants to protect the homeless. So why is the mayor so against it? 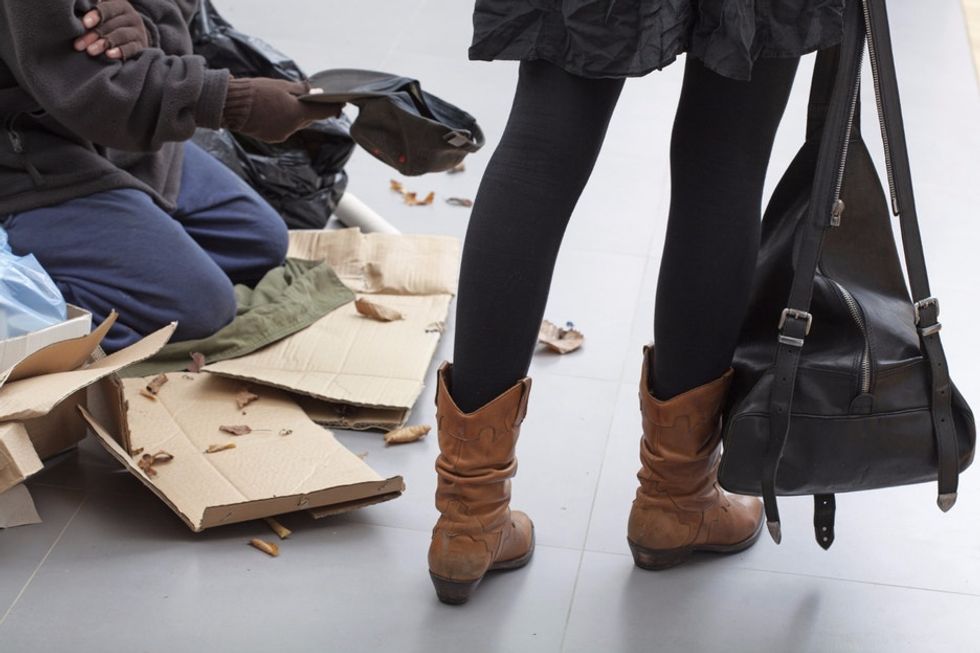 Early this week, the progressive, former hippie mayor of Madison, Wisconsin, said something kind of surprising.

"We've reached a point where our compassion, our empathy, and our understanding, [have] done more damage than good."
— Madison Mayor Paul Soglin

Believe it or not, he's talking about homeless people. Yes, really.

How did we get here? Let's back up.

It's a city surrounded by lakes, bratwursts, 40,000+ college students, and to some degree, reality.

It's a place people of all stripes are proud to call home. (I should know, it's my hometown.)

Downtown Madison is wedged between two lakes. The other lake has a brat stand. Image via Thinkstock.

In Wisconsin, 3,100 families experienced homelessness in the past year.

Many of these families live in the Madison area, and all of them desperately need a fair shot.

Madison's winter weather is brutal, especially if you don't have a roof overhead. Image by lifeground seeker/Flickr.

Being the wonderful city that it is, Madison's city council decided to propose a measure that would make homeless people a protected class.

Basically, the measure would ensure that employers and landlords can no longer use homelessness as a means to discriminate, which could be a real game-changer when it comes to homeless people being able to apply for work, rent apartments, or even use a restroom in a business.

And that's when things took a surprising turn — the mayor, Paul Soglin, vetoed the measure.

Remember this? Yep. It's still a real thing that a real mayor said about helping homeless people. Image by WMTV-15.

Some people in Madison started to think the city was doing too much to accommodate homeless people.

In fact, a group of homeless people camp right in front of city hall every night. Soglin's worried the group, and others like it, have become a little too comfortable.

Look at all of that comfort. Image by John Benson/Flickr (altered).

He also suggested the measure is just pricey, "feel-good" legislation that will have little effect on the city's homeless population.

Luckily, Madison's city council wasn't having any of that argument. On a 17-1 vote, it overrode Soglin's veto.

While it's unclear whether Madison's measure will prove successful, providing even a small amount of legal protection to those in uncertain situations is a big step toward equality for people experiencing homelessness.

All of this may upset Mayor Soglin, but thanks to the Madison City Council, his most vulnerable constituents have one less thing to worry about. And that's something to celebrate.

You can learn all about the council's decision and the community response in this short clip from Madison's WMTV-15.