Actors will respect women on Lena Waithe's set during sex scenes — or else. 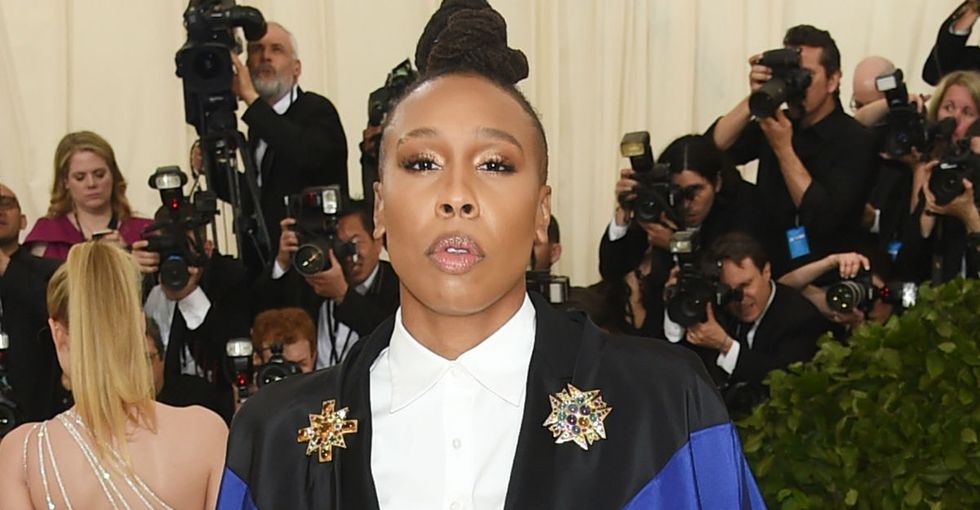 Chatting with other producers, Waithe — the mastermind behind Showtime's "The Chi" — explored a variety of Hollywood hot topics, like how to write sensitive storylines, "pitching while black," and which creators should be able to tell which stories.

At one point, discussions swirled around the sensitivities and standards of filming sex scenes.

As Waithe explained, the #MeToo movement has pushed her to think more critically about how those scenes are filmed and what she can do to ensure everyone feels respected on set.

"I've been very involved in Time's Up and that movement, and for season two [of "The Chi"], we're making sure that women feel safe on the set, and we're hyper-aware of what that means because there are sex scenes there," she said.

And if any actor crosses a line, Waithe explained, their time on the show will come to a grisly end:

"We want to make sure we're talking to these actresses and also talking to our male actors and making sure they're aware. Because I don't play. I'm like, 'Look, [the show takes place in] the city of Chicago; people die every day. So if you wanna play that game and be disrespectful or misbehave on-set with an actress or anyone, I will happily call Showtime and say, 'This person has to go,' and you will get shot up and it'll be a wonderful finale.'"

Waithe has been blazing trails in Hollywood for women, the LGBTQ community, and people of color.

In 2017, Waithe became the first black woman to win an Emmy for comedy writing for her work on "Master of None." Her latest endeavor, "The Chi" — a show about black people made by black people — explores the racial and social dynamics at play on the south side of her hometown, Chicago.

On May 7 of this year, Waithe — who is openly gay — made waves for rocking the updated LGBTQ pride rainbow on a cape at the Met Gala. "Can't no one tell a black story, particularly a queer story, the way I can," Waithe recently explained to Vanity Fair. "Because I see the God in us."

Now, Waithe is doing what every power player should be doing: ensuring everyone working on her projects feels safe, respected, and empowered.

"I think the biggest thing is just to create a barrier around not just women, but anyone who's othered in any way, shape, or form — to make sure they have a place to go or someone to call if they're in an uncomfortable place or abusive situation," Waith told Vox in January 2018. "They need a line of defense, and I think Time's Up really has the potential to be that."