Abortion rights are not as divisive as you might think. 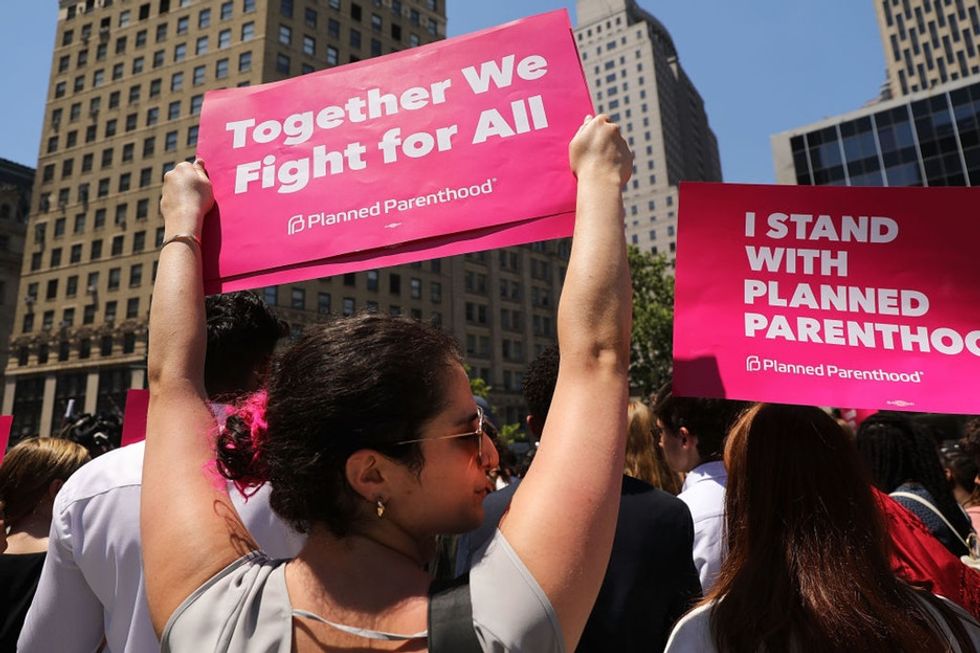 Another poll shows a majority of people support abortion rights —including Republicans.

A poll released by NBC News on July 24 shows a resounding 71% of respondents saying abortion rights should be legally protected.

Those numbers are striking, but they are only the latest in a number of other polls showing a large majority of Americans agreeing that the Supreme Court’s landmark Roe v. Wade decision should not be overturned.

President Donald Trump and many other Republicans continue to frame abortion rights as a "50/50 issue" that evenly splits the country.

Even Sen. Susan Collins (R-Maine), a moderate who has said she will not support a Supreme Court nominee who would vote to overturn Roe v. Wade, has recently described the abortion debate as being "something like a 51-49" division.

There’s no shortage of issues that genuinely divide Americans right now. But abortion isn’t one of them.

Politicians have been able to get away with governing "in an age of minority rule," where a party that receives less votes controls the White House and both houses of Congress and has a majority edge in the Supreme Court.

There are enough doubts about the future stability of Roe v. Wade that Massachusetts repealed a 173-year-old, largely forgotten abortion restriction in case reproductive rights end up falling back into the hands of the states.

"I think people are beginning to realize these are strange times we live in," Massachusetts Senate President Harriett Chandler said.

With the law long since settled by the nation’s highest court and public opinion having swayed in support, political leaders should respect that choice and stop portraying it as a wedge issue to further divide people for short-term political gain.

Abortion will always be a complex issue. But Americans are increasingly supportive of reproductive rights. Politicians and lawmakers should respect that.

Of course, it will ultimately be up to voters to demand their elected representatives start framing the discussion in a way that reflects reality. Americans have largely embraced reproductive choice, even if they have mixed feelings about abortion itself.

Most Americans think abortion rights should be off the table, and it’s time the government started listening.