Don't be fooled: Most Americans agree on abortion, guns, and other heated issues. 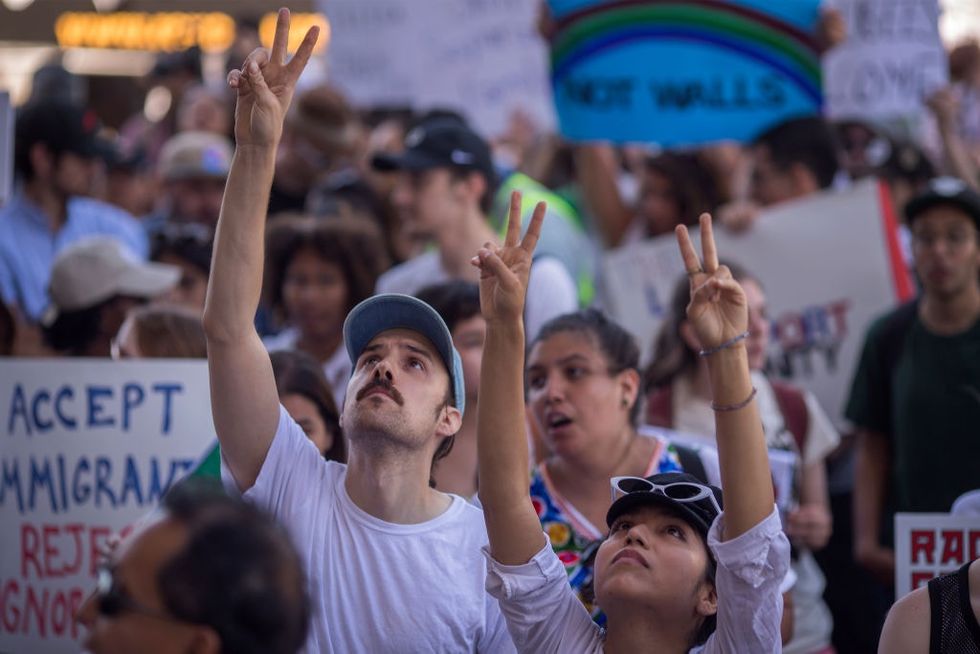 Political divisions are fierce, but there's still a lot Americans agree on.

In June 2018, a shocking poll from Rasmussen Reports made headlines claiming that 31% of likely voters think there will be a Civil War in the United States in the next five years. A country can't get more divided than that.

But what if those divisions are more about politics as sport than actual policies?

On a number of major issues that supposedly divide the country, there's surprising unity: like marriage equality, gun control, money in politics, and even reproductive rights.

With the upcoming 2018 midterm elections and the 2020 presidential election, there will be seemingly constant noise about where we disagree. And many of those disagreements are fundamentally real.

But if political leaders governed more closely to what the people are actually saying, some of our biggest debates might not seem so drastic.

Nearly everyone agrees: There's too much money in politics.

As President Donald Trump and his administration consider their next nominee for the Supreme Court, Americans seem to be speaking in unison on at least one issue: Corporate money in politics is bad for democracy. A Daily Beast/Ipsos poll in June and July 2018 found that 64% of Americans want that new justice to limit the influence of money in politics. This is a direct counter to outgoing Justice Anthony Kennedy, who wrote the court's decision on Citizens United, the infamous ruling that opened up the floodgates of corporate cash.

In fact, when Trump was running for president, he tapped into this sentiment saying he didn't need to take money from lobbyists or corporate interests. Of course, that's not how he's governed so far. If he were, it might be one of his more popular ideas.

There's unity on other issues, too.

Things are complicated in America right now. We're less proud of our country but overwhelmingly satisfied with our collective freedoms, Gallup said in July 2018.

Yet, when it comes to fundamental issues of morality, and even seemingly divisive issues like abortion, we may not be as divided as it seems. Consider some recent evidence:

The partisan divide is real. But on the issues, there's real common ground and opportunity for progress.

There's plenty to argue about in politics. A healthy debate, including the right to dissent, is a fundamental part of what makes democracy flourish.

However, with nearly all the focus on what divides us, it's becoming increasingly important to admit that we can agree to agree on some issues.

On this Fourth of July, maybe it's time to celebrate our freedom from unnecessary divisions.