A dad shares his emotional story of dealing with miscarriage.

'How would we bounce back from this? This wasn’t how things were supposed to go. Not for us.' 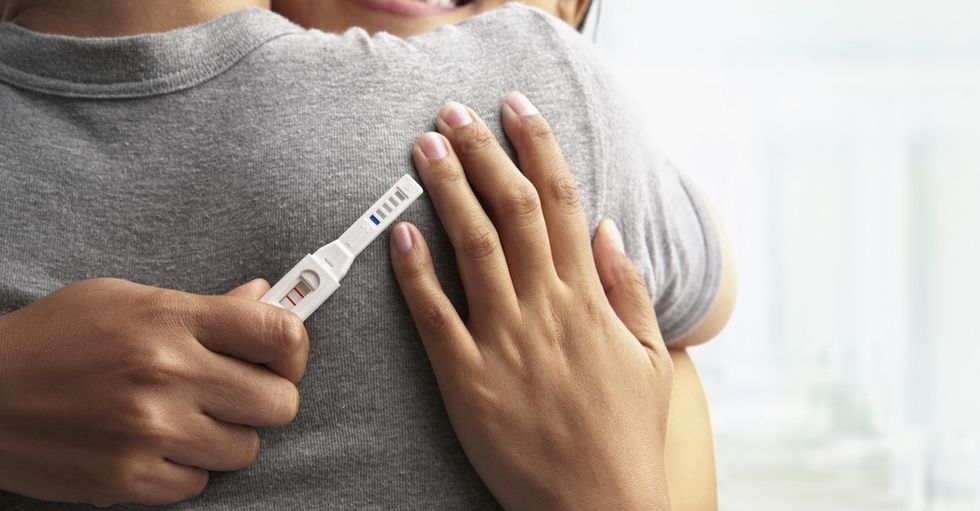 "Having children is going to be great! Nine months will fly by, and we’ll be parents. How exciting!" This was our thinking before it happened.

It was early August, and my wife and I were trying for our first child. We thought of all the possibilities of names, of the different transformations we could do to our guest room, and of the extra joy that would be present within our lives and in our family’s lives.

We figured that if she ended up getting pregnant, it would work out perfectly: She could go on maternity leave during her summer break (she’s a teacher). So we checked ovulation charts and tried to time everything perfectly. We changed our diets and drank minimal alcohol and caffeine; we wanted everything to be just right.

At first, everything felt perfect.

We started taking the cheap pregnancy tests. Once they started reading positive, we sprung for the higher-end ones just to be sure. Everything was working out just as we had planned: We’d have our summer baby, and my wife would have plenty of time to stay home with the kid.

We hadn’t planned on telling anyone until the first trimester was out of the way since the most risk typically occurs during this time period.

Then we went over to some friends’ house to watch football a couple weeks prior to our "planning to tell" date. They started asking questions once they saw that my wife wasn’t drinking. (She doesn’t drink much anyway, but for her to not even have a glass of wine was odd to them.) So much to our chagrin, we ended up telling them. Then we went home.

We were getting ready for bed that night when it happened.

My wife yelled my name from the bathroom. She came out in tears. Something was wrong. There was blood. We googled it. It might not be that big of a deal, the internet said, but we called the doctor, and she said to come in the next day.

I remember that next day like it was yesterday. I had a job interview for a job that I was really excited about at the exact same time as her appointment. I bombed the interview because I was so nervous. My wife went in, and they took her blood. They did an ultrasound. The baby had a heartbeat, they said, but it was very faint. She would have to get her blood taken again a few days later to compare.

A few days came and went. One of our good friends from out of state was visiting, and we were planning on going to dinner with him. We told him ahead of time about the situation, so he knew that we might receive good or bad news sometime during dinner.

We were nearly finished with dinner when the call came. Things were not good.

They told my wife that it wasn’t a viable pregnancy and there was nothing they could do. She could take pills or let her body do the work. We said goodbye to our friend and went home.

The next week was hard. I remember holding my wife, crying with her. Our dreams, our plans — they were shattered.

How would we bounce back from this? This wasn’t how things were supposed to go. Not for us. I was doing my best to be strong for both of us. This was the worst thing I’d ever been through. I couldn’t imagine what she was feeling. It was hard to eat. Hard to sleep. Hard to function, let alone be strong enough and assure my wife that everything would be OK.

During the next couple weeks, friends, family, and our church pastors came and prayed with us and sat with us.

People tried to offer us encouragement. Things like "everything happens for a reason" or "it doesn’t make sense now, but it will." None of these things were helpful (other than the people being present with us).

Eventually, we learned how common miscarriages are and how many people experience it throughout their lives. The numbers (10% to 25% of all clinically recognized pregnancies end in miscarriage) were very eye-opening.

No one talks about miscarriage. It’s taboo, but it shouldn’t be. As human beings, we need to talk about these things more openly and grieve together and grow together. Our struggles and our triumphs are what bring us together.

It’s been nearly two years since my wife and I experienced the tragedy of miscarriage.

Reece, our son, is now 11 months old. It’s crazy to think that if we wouldn’t have been through what we had, he wouldn’t be here with us. He is our joy and sunshine every day, but we still mourn the loss of our first child.

But now, I often wonder what I can do to help other people, especially men whose partners are going through this same thing.

As men, we’re often so sure we should be strong that we don’t show emotion. But I will share what I learned in that moment when we got the news: It’s OK to cry. It’s OK to let someone else pick you up.

It’s OK — and helpful — for all of us to be vulnerable. It’s OK to grieve and to mourn when life feels too heavy to bear. We will all become stronger together, and apart, if we let ourselves feel.