8 student confessions that make me think differently about money — and merit. 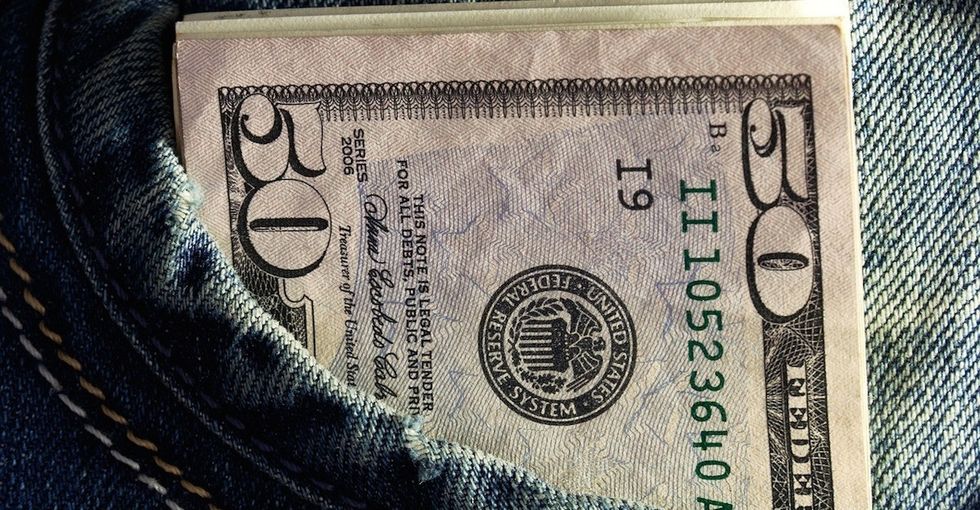 The group behind the Facebook page is known as First-Generation Low-Income Partnership, otherwise known as FLIP.

Their goal? To provide lower-income students at Columbia a space to voice their realities.

Their realities are pretty darn harrowing.

Before Columbia, Stanford had already launched a class confessions program a few years back:

After Columbia and Stanford launched their Facebook class confession pages in early 2015, other colleges followed suit.

There's a lot we can take away from these stories. They're intense; they're saddening. But here's one thing we should definitely note.

Hard work does not equal financial security. Social mobility isn't as easy as some might think.

When the Fight for 15 protests happened across the nation in favor of raising the minimum wage, one of the most common counterarguments was: "Why don't they just go get a college degree?"

Well, look at these college students working hard — to feed themselves, to get a roof over their heads, to get the medical assistance they need for depression or other health conditions, to support their struggling families back home. They went to go get that college degree that is supposed to help people out of poverty. They even worked hard enough to apply and get accepted into incredibly prestigious colleges, colleges that one would think would be the golden ticket to success.

And still, they're struggling. "Hard work" doesn't always give lower-income folks what they need to survive and fit into a world that's not made for them.

And the sad reality is that many lower-income people will still be struggling after graduation thanks to a weak economy — and a lot of debt.

From the Institute of College Access and Success: 69% of the Class of 2013 graduated college with an average of $28,400 in student debt.

Lower-income students clearly have more difficulty navigating things that others might take for granted — simply because they never had access to the resources some have always had — and don't know how to use them.

Check out more stories being read by students in this video below:

We all deserve the right to survive without struggle. These students show that hard work doesn't cancel out the obstacles that many lower-income folks face when trying to move up the socio-economic ladder.

Maybe their stories will help stop the unfair judgement of lower-income people and help others be more aware and understanding at the same time.