5 documentaries about women that will truly change the way you see the world.

These documentaries truly take you there. 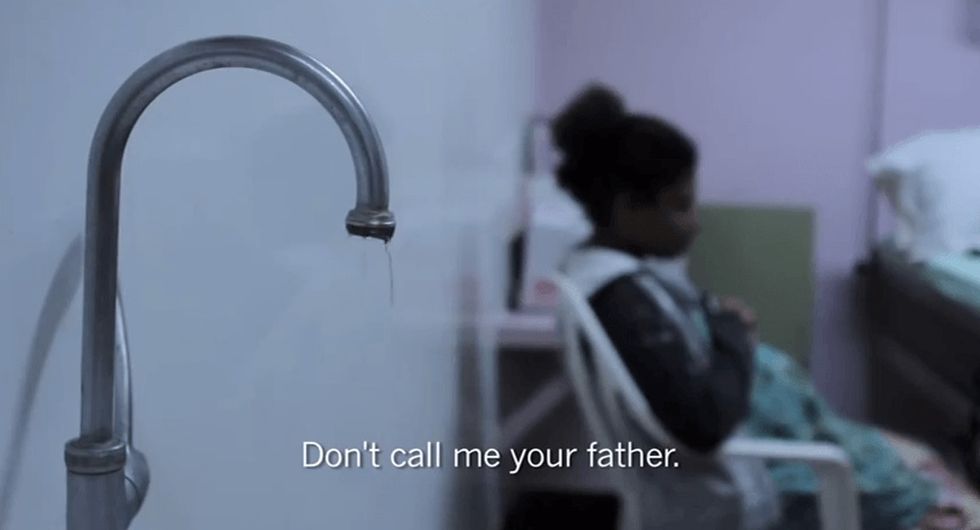 Film is a powerful medium that can share untold stories with the world and inspire people to advocate for change.

Combining powerful visuals and emotional narrative is a form of storytelling that is becoming increasingly advantageous for those advocating for human rights.

Storytelling itself predates writing — from paintings on the walls of caves or textiles to more traditional forms, such as folk tales or fairy tales — and cultures have been sharing stories for centuries.

Today, more and more advocates are seeing the benefits and are turning to storytelling to share their work and increase awareness around a variety of issues, especially in the field of sexual and reproductive health and rights (SRHR).

It may be difficult to fully comprehend the harsh realities facing girls and women globally. Issues like child, early, and forced marriage; early childbearing; intimate partner and sexual violence; unsafe abortion; HIV infections; and harmful traditional practices, such as female genital cutting, are not only prevalent in some cultures, but still considered a societal norm.

Through storytelling, these issues can be put under a spotlight and shared with audiences all over the world.

From illegal abortions and preventable maternal deaths to firsthand accounts of girls on the brink of womanhood, we have selected the top films for those as passionate about SRHR as Women Deliver. More than a spotlight on important social justice issues, through these films audiences can connect to those on the ground working for change:

Directed by Rebecca Barry, co-founder of Media Stockade, "I Am a Girl" shares six distinct stories from around the world — Afghanistan, Australia, Cambodia, Cameroon, Papua New Guinea, and the United States — told by adolescent girls on the brink of womanhood.

Sharing cultural experiences and personal reflections, the film allows the audience a rare glimpse into real hardships girls are facing.

From Kimsey (Cambodia), who was forced to sell her virginity at the age of 12, to Aziza (Afghanistan) who will be shot if she goes to school, "I Am a Girl" presents the realities of coming of age in the way a culture dictates through remarkable stories of resilience, bravery, and humor.

“How wonderful it is to hear girls stories in their own voices talking about their hopes and dreams," said Barry in an interview with Women Deliver. “The more stories we hear from women and girls the more powerful we become. Storytelling is a way to share these stories and empower change. If we see and hear their stories we cannot ignore them."

The film has had a tremendous impact since its 2013 release, with worldwide film festival screenings and numerous award nominations. The critically acclaimed film has also served individuals and organizations who have screened the film as a fundraiser and community builder. As Barry points out, “Anyone can make an impact in the lives of girls." To do just that, look for a screening near you or host one in your community.

As the title suggests, the film deals with a young doctor inspired to live at sea after learning the realities created by anti-abortion laws around the world.

Dr. Rebecca Gomperts, a physician from the Netherlands, felt compelled to start Women on Waves, a initiative to provide women who live in countries with restrictive abortion laws safe medical abortion services on a ship in offshore waters.

The film is a remarkable profile of the creation of an underground network of brave, informed activists who are working at the cutting edge of global reproductive rights and who trust and empower women to handle abortion themselves.

Showcasing not just victories, but also chronicling unsuccessful missions, "Vessel" is a film not just about abortion but also about activism. It raises provocative questions about the power of laws, how information is policed in the world, and the fight for bodily autonomy in an increasingly globalized world.

To find a screening of "Vessel" or host one in your community, click here.

In 2009, New York Times columnist Nicholas Kristof and his wife, Sheryl WuDunn — a best-selling author and business executive — published " Half the Sky: Turning Oppression into Opportunity for Women Worldwide." The book, and later film, exposed the overlapping problems of sex trafficking and forced prostitution, gender-based violence, and maternal mortality.

Even more ambitious, the couple's latest book, "A Path Appears: Transforming Lives, Creating Opportunity," and PBS series focuses on those working to make the world a better place and serves as a guide to the ways we can all do the same.

While the book discusses the art and science of giving, showcasing successful local and global initiatives, the series uncovers some of the harshest forms of gender-based violence and human rights violations in Colombia, Haiti, Kenya, and throughout the United States.

The three-part series features actor/advocates Mia Farrow, Jennifer Garner, Ashley Judd, Alfre Woodard, and others as they interact with those working to improve the lives of girls and women.

What makes "A Path Appears" so special is that it allows the audience to not only be inspired, but actually learn proven methods affective in social change. Stories are told by infectiously optimistic leaders who remind all working in SRHR that we can indeed transform the lives of girls and women and create a better world for all.

Anyone working in the field of sexual reproductive health and rights knows all too well the heartache, stress, and frustration that comes with the territory. There are 225 million women in developing countries who have an unmet need for modern family planning. These women lack something that most of us take for granted: the power to decide if and when to have children.

Fighting for their rights can be an uphill battle, and showcasing that beautifully is "Sister" — a film behind the statistics.

"Sister" shares stories of health workers from Ethiopia, Cambodia, and Haiti exploring how they find meaning while working under difficult circumstances: Goitom Berhane, an Ethiopian health officer in residency in a Masters of Surgery and Obstetrics Program at a rural hospital; Pum Mach, a rural midwife living and working within a heavily land mined area of Cambodia; and Madam Bwa, a Haitian midwife, fighting poverty herself, and working in an unstable, densely populated urban area.

The film is an intimate look at the global crisis of maternal and newborn death, a crisis in which 99% of these deaths occur in developing countries and the vast majority are preventable. Audiences feel as though they are sitting alongside these women, sometimes during some deeply personal moments.

Their stories give human experience and emotion to the global maternal and newborn mortality crisis. "Sister" also showcases some of the common barriers that pregnant women in poor countries too often face, including the lack of transport, no form of communication, and little education for pregnant women.

An honest documentary from beginning to end, "Sister" is a beautiful portrait of three women making a huge difference in the world — with no desire for thanks or attention — and gives us something to learn from.

After decades working as a model and activist, Christy Turlington Burns turned her attention to raising awareness about the maternal health conditions that impact millions of women around the world.

Burns partnered with Planned Parenthood in "No Woman, No Cry" to tell the powerful stories of at-risk pregnant women in four parts of the world, including a remote Maasai tribe in Tanzania, a slum in Bangladesh, a post-abortion care ward in Guatemala, and a prenatal clinic in the United States.

Over 289,000 women die from pregnancy and childbirth-related complications each year. That's 800 women per day. 99% of these deaths occur in developing countries where women face delays in seeking help, in reaching a health care facility, and in receiving appropriate care upon arrival.

As the films showcases, by investing in newborn and maternal health, we can save women and children's lives, strengthen health systems, and improve economies.

Burns, founder of Every Mother Counts, survived a potentially life-threatening complication after delivering her daughter and quickly decided to take action upon learning of the hundreds of thousands of girls and women who die annually from complications similar to hers.

The organization not only educates about maternal mortality, but allows those inspired to take action: you can donate an old cell phone to put technology in the hands of maternal health care workers, participate in a 5k or marathon to fundraise for grants selected by Every Mother Counts, or host a screening of "No Woman, No Cry."

These films are just a taste of the powerful stories being shared through film. From festivals to intimate screenings, film is shining a spotlight on critical issues of sexual and reproductive health and rights that affect girls and women. While this list will certainly inspire audiences, there is much work to be done. We can all play our part as advocates and thanks to mediums like film, we can create a global conversation around issues of gender-based violence and SRHR as a means of reaching the most disadvantaged girls and women.

Please share to spread the word for these beautiful films!