Why Cards Against Humanity paid for all its factory workers to take a weeklong vacation. 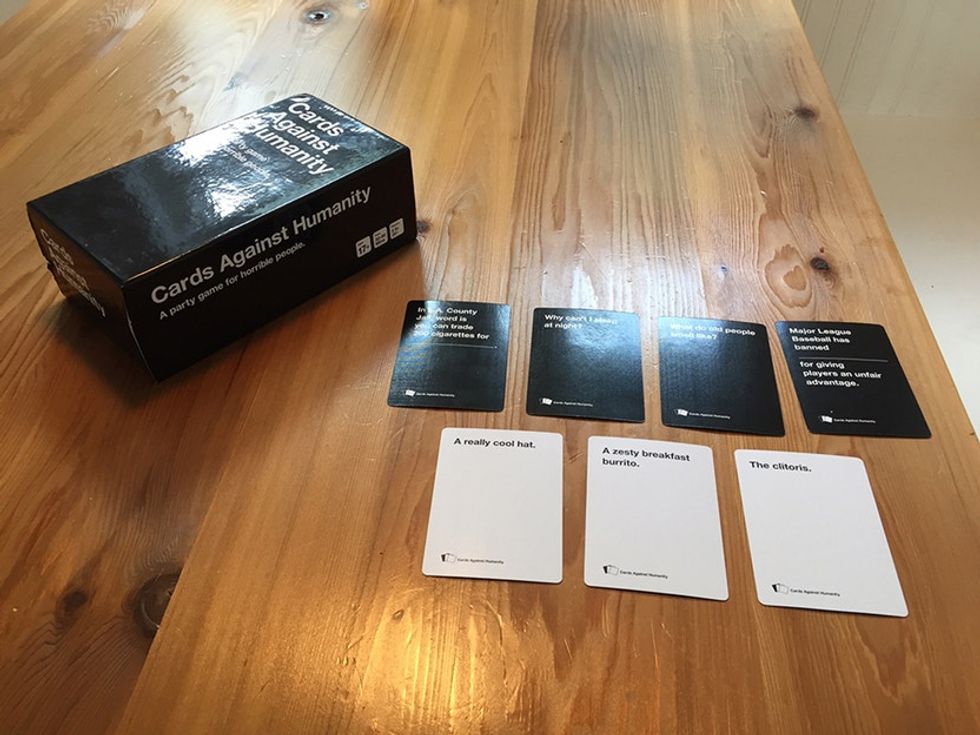 There's an elephant in the room of American manufacturing.

And its name is Chinese labor.

According to The Economist, China produces 80% of the worlds air conditioners, 70% of its mobile phones and 60% of its shoes. And countless other manufactured products have made the "Made in China" sticker that's completely ubiquitous in America.

Workers at a toy factory in Zhejiang, China. Photo by Kevin Frayer/Getty Images.

Most companies don't address the use of cheap Chinese labor. Unless something goes wrong.

Despite the long list of American corporations employing Chinese workers, most don't talk about it. It usually takes a watchdog investigation shining a light on working conditions or the use of child labor for a company to even begin discussing it — let alone doing something about it.

In 2014, China Labor Watch accused Samsung of employing underage workers. Samsung then launched an investigation into their factory and found evidence of child labor as well as an "illegal hiring process." In July 2014, they announced they would "permanently halt" their relationship with that supplier. Which ... according to another investigation in December 2014, they hadn't.

A glass workshop in Liuyang used by Samsung. Photo by STR/AFP/Getty Images.

It's refreshing when a company takes a second to talk frankly about their labor practices.

As was the case last week with with Cards Against Humanity, the "party game for horrible people" that became famous for its ice-breaking inappropriateness and Black Friday pranks (one of which recently convinced over 11,000 people to pay $5 for nothing).

Also known as "Apples to Apples but funny." Photo by Daniel Christopher/Upworthy.

In a recent blog post, Cards Against Humanity announced that it had paid for a weeklong vacation for the workers at its printer in China.

Noting that the use of Chinese labor is something "a lot of companies don't like to draw attention to," the company stated that the way their products are made is "a part of who we are."

Along with the blog post were several pictures of the factory staff taking vacation time with friends and family and messages from the staff saying what they used their vacation time for.

While a positive gesture, it certainly doesn't solve the problem.

And Cards Against Humanity knows that. "This doesn’t undo the ways that all of us profit from unfair working conditions around the world," the blog post read, "but it’s a step in the right direction."

A step that very few companies have been willing to take.

Apple has also made efforts to improve their infamous manufacturing process.

The tech giant has come under fire several times for labor practice issues but particularly in 2010, after over a dozen people committed suicide at the Foxconn Technology plant in Shenzhen, China. Apple has since successfully reduced the workweek there to comply with the Fair Labor Association's standard of 60 hours per week.

Apple's Supplier Responsibility Progress Report also highlights the fact that they have trained 2.3 million workers on their rights in 2014 and over 6.2 million since 2007.

"In our supply chain, we train everybody on their rights," said Apple CEO Tim Cook in a recent interview on "The Late Show." "That's their rights as we see them, and we have a really high bar."

While most companies stay silent, happy to rake in the overwhelming profits that come with cheap and oftentimes questionable labor practices, some know their responsibility as companies who employ humans to stand up for human rights.

How a company's products are made is undoubtedly a part of that company's identity. Cards Against Humanity at least wants it to be a good part.