Who's Most Likely To Sexually Abuse A Child? The Answer Shocked Me — But It Is Important To Know.

You can tell kids not to take candy from strangers, but don't *only* tell them that. Making it all about "stranger danger" is turning out to be far less helpful than you'd think.Trigger warning: Some graphic discussion of sexual abuse. 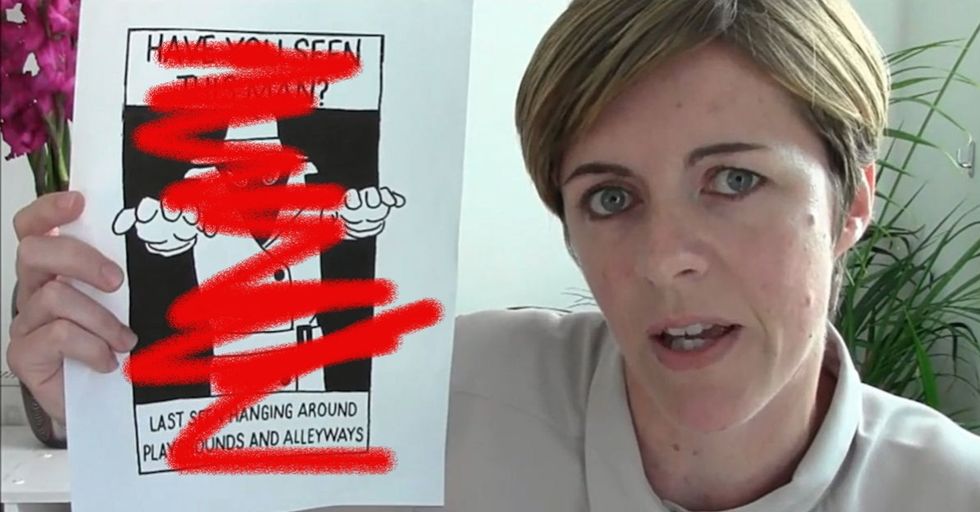 From a young age, we learn to be careful with strangers. When we're older, we protect our kids from strangers.

By strangers, we mean adult strangers. And when we protect children, we protect them mainly from the threat of sexual abuse.

But what if all the things we knew about keeping our children safe weren't enough?

There are ways we can teach children best practices on avoiding adult sexual predators — but that's not enough. Actually, that kind of misses the real danger.

Dr. Nina Burrowes has a few things to tell us on child sexual abuse that might be difficult to accept.

Children are more likely to be sexually abused by other children than by adult strangers.

Children are more likely to be sexually abused by someone they know than by a stranger.

But we shouldn't let the truth stop us from creating a better world for children. In fact, the truth is a good place to start.

With all that said, Dr. Burrowes' overall message is important, and it's one I hope all parents and caretakers of children can learn from.

In an email to Upworthy, Dr. Burrowes cited a paper by Eileen Vizard in The Journal of Child Psychology and Psychiatry, which sets out the rough prevalence rates of children who abuse on page 2. The number she used: 30%.

For the prevalence of stranger sexual abuse of children, Dr. Burrowes used a figure of 10% based on this childhood sexual abuse fact sheet, though she specified:

"Personally I believe that is a conservative example as stranger attacks are more likely to be reported than attacks by people known to the victim."

Here's a quick review of what our fact-checkers found: