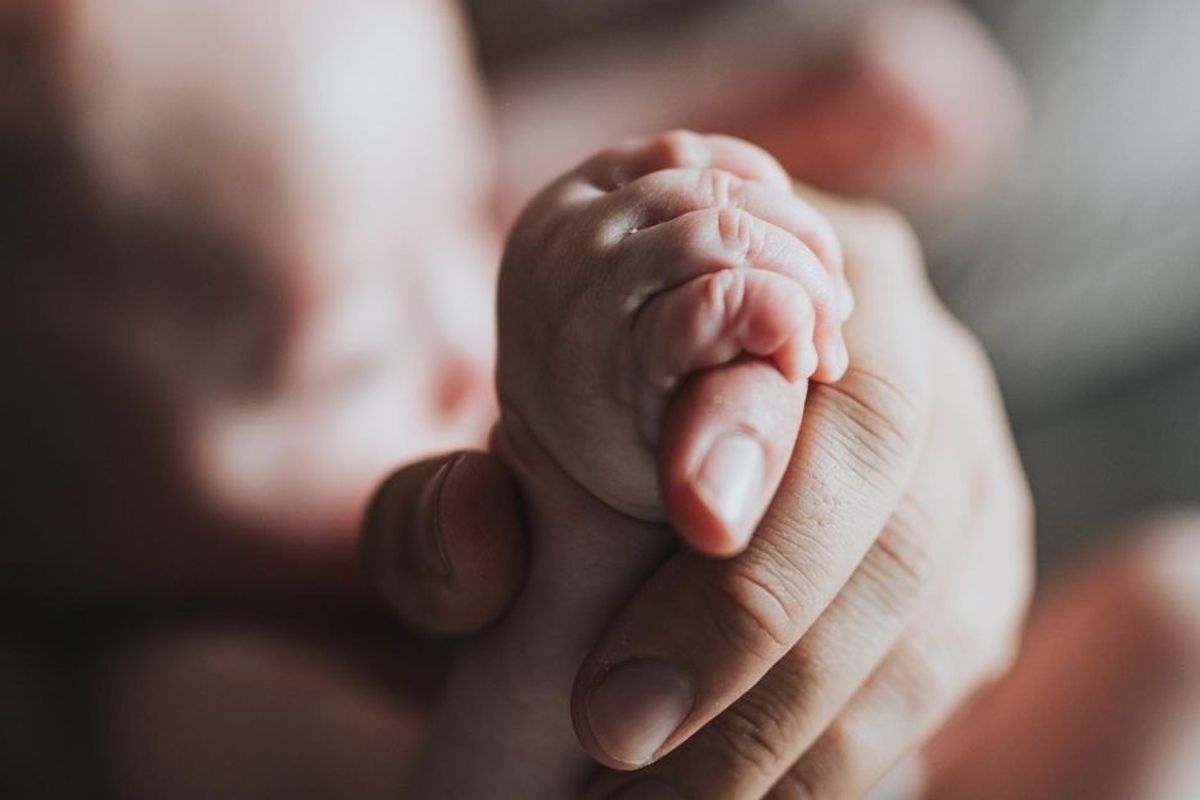 Photo by Nathan Dumlao on Unsplash

When people think of the Deep South, especially in states like Mississippi, most people don't imagine a diverse and accepting way of life. People always look at me as if I've suddenly sprouted a unicorn horn when I reminisce on my time living in Biloxi and the eclectic people I've met there, many of whom I call friends. I often find myself explaining that there are two distinct Mississippis—the closer you get to the water, the more liberal it gets. If you were to look at an election map, you'd see that the coast is pretty deeply purple while the rest of the state is fire engine red.

It's also important to note that in a way, I remember my time in Biloxi from a place of privilege that some of my friends do not possess. It may be strange to think of privilege when it comes from a Black woman in an interracial marriage, but being cisgendered is a privilege that I am afforded through no doing of my own. I became acutely aware of this privilege when my friend who happens to be a transgender man announced that he was expecting a child with his partner. I immediately felt a duty to protect, which in a perfect world would not have been my first reaction.

It was in that moment that I realized that I was viewing the world through my lens as a cisgendered woman who is outwardly in a heteronormative relationship. I have discovered that through writing, you can change the narrative people perceive, so I thought it would be a good idea to sit down with my friend—not only to check in with his feelings, but to aid in dissolving the "otherness" that people place upon transgender people.

In my efforts to protect my friend, I deliberately withheld this interview until I was able to ensure that it would be published with a platform that honored the narratives of marginalized people. I have also changed his name at his request to allow for a more uninhibited conversation. He did not have to take the time to educate me or allow me to put his experience out into the world, but he agreed that the more stories like this that are out there, the more hope there is that things will change in the future.

In order to be perfectly clear for people who may not understand the term transgender man, a transgender man is someone who was born with female sex organs, but identifies as a male. Some transgender men have not hormonally and surgically transitioned to their identified sex, some have begun hormones and not completed surgeries, while others may have completed the hormone treatment as well as sex reassignment surgery. No matter where they are in the process, they are considered transgender men.

Most of this interview was conducted via email and messenger. For the purposes of this interview my friend will be referred to as "Collin," and some questions and answers have been shortened or edited for clarity.

Jacalyn: When did you decide to have children and was your family supportive?

Collin: My life partner (who is also transgender, but not completely out yet) and I decided to try for kids very soon after we got engaged. I wanted kids before I met her, but I didn't think I was able to have them, or honestly didn't think I'd find someone to have a family with. It's very hard dating, but even harder in the LGBTQI community. Especially if you're transgender. My Mawmaw was thrilled. At first she continued to call me by my preferred male pronouns, but eventually started almost trying to convince me that my pregnancy would make me want to detransition. She then started calling me by my female pronouns, even when corrected. My sister didn't really seem thrilled at first, but I know she was mostly concerned about my gender dysphoria and how it would affect my mental state. She's always been my number one supporter. My in-laws didn't react much. They've never been supportive of my of my identity even before pregnancy. They think I've detransitioned.

Jacalyn: Was it difficult to find an accepting OBGYN that you felt comfortable with in Mississippi?

Collin: I didn't feel comfortable trying to find an accepting OBGYN. When I went to the OB, I picked the sign up paper based on my gender identity and my orientation. So I put down transgender and bisexual. When I spoke to the nurse practitioner, she said "Oh we don't deal with that here. Those questions might be for next door." I didn't have time to look for an accepting doctor because my health insurance was limited to only a handful.

Jacalyn: Did you feel you had to misgender yourself or allow yourself to be misgendered to receive appropriate treatment?

Collin: I tried to correct people, but it got to the point where they didn't seem to care, so I felt the need to misgender myself. Once I became pregnant, even more people who have known me since I came out even proceeded to misgender me, and my family members tried to convince me to detransition.

Jacalyn: Did people treat you differently as you walked through the world as a pregnant man?

Collin: I definitely got treated differently. People never really saw me as a man or woman but once I became pregnant it was different. Especially in the workforce. There was a lot of heavy movement and I was at risk since I had 3 miscarriages prior.

Jacalyn: You worked throughout a good portion of your pregnancy, do you feel your employer and coworkers treated you fairly?

Collin: Once they found out I was pregnant, one of my managers tried to tell me to get an abortion. Eventually people began to hold my identity as a man against me when I would need a break or they would follow me outside yelling at me while I was throwing up from morning sickness. This happened repeatedly. They would also make me put up all this heavy stuff over my head saying things like "You're a man, ain't ya. Men don't make excuses." Eventually I was made to use the women's restroom at work for my safety. I brought countless notes to work from my OB but I was still treated like sh*t. I couldn't work around busy people because coworkers would elbow me and push me in the stomach and nothing was ever done about it.

Jacalyn: Where did you find the most support?

Collin: I found the most support with my life partner. I didn't find a good online support group until I was postpartum, but I found a motivational speaker who has a Facebook page called Biff and I. He and his life partner had a child and he was further into his transition than I. It made me emotional to see his video about his experience being an open pregnant trans man and how ugly people were to him. I ended up messaging his page and he eventually got back to me with a very supportive group that I joined. I found most of my chestfeeding support came from my sister and grandma, as well as my life partner. I'm currently a year and nine days into chest feeding and I'm about to start weaning soon.

Jacalyn: What about support at the hospital?

Collin: The one good experience I had during my hospitalization before my son's birth. One of my nurses asked me if I preferred a different name and it made me so happy. I think she guessed or maybe heard one of my guests ask for me by my chosen name. Either way my two nurses before I got moved to postpartum were so awesome.

Jacalyn: Do you plan on adding any more children?

Collin: We don't have plans for any more children at this time. I'm on the nexplanon implant and my life partner started hormone replacement therapy for her transition back in March. I plan to also begin my hormone therapy by the end of the year if my son has been weaned. I only wanted one child. I don't know if that makes me selfish because I won't give him siblings, but we're happy with our little family.

Jacalyn: Is there anything I missed that you feel like people should know to help become a better ally?

Collin: Every transgender person is different. This is my story and my need to feel supported and safe. Just keep being an ally. Correct people if you have to so they don't continue to misgender others. The more people you have correcting someone, eventually they'll get it.

After speaking with Collin it's clear that his experience of carrying and birthing a child involved parts a cisgender person would not have to endure, due to the world be set up to recognize cisgender as "normal." It's time we start acknowledging people for who they are as fellow humans. Using words like "tolerate" and "lifestyle" when describing the LGBTQI community makes it seem as if they're making an unpleasant choice, instead of what it really is—living their truth, just like their cisgendered heterosexual counterparts.