This odd commonality between kids and birds could be a major neuroscience breakthrough.

Eating food off the ground, pooping with abandon, and language acquisition — three things kids and birds have in common. 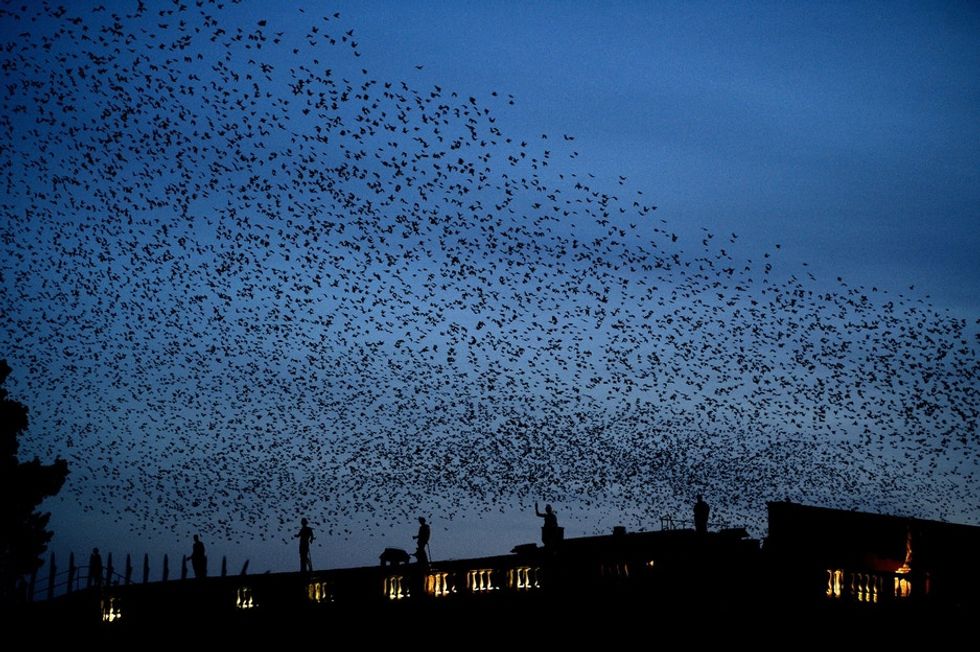 You, like most humans, were born — and about a year later, you learned to talk.

A uniquely human story, right? Not so fast.

It turns out, when it comes to language learning, songbirds are a lot like humans.

A new study conducted by researchers at the University of California, San Diego, suggests humans and songbirds both rely on patterns to categorize sounds into words.

The birds are already tweeting this story like crazy. Images by Thinkstock.

When human children acquire a language, they learn sounds and words at the same time.

These sounds work together to create patterns. These complex patterns are categorized as words.

When a child greets their mother for the first time, it might sound like they're just saying the individual "ma" sound twice in a row, but they're actually deliberately saying "mama" as a complex pattern, which forms a word that means something specific.

It may seem silly, but the difference is significant.

This sweet little guy is hiding out before the birds arrive. Image by Thinkstock.

Like humans, European starlings, a common songbird, use complex patterns to communicate.

Their "words" are made up of warbles, rattles, whistles, and other high-pitched tones — like children.

The researches wanted to see if pattern recognition influenced the ability of European starlings to categorize sounds.

In the study, two groups of starlings had to categorize a string of complex sounds.

And boom. Without the sounds in a specific order, it was much harder for the second group of starlings to categorize what they heard.

Cooooool. So what does it all mean?

It means that the starlings rely on pattern much like humans do.

Be kind to our new bird overlords. Photo by Dan Kitwood/Getty Images.

This odd biological coincidence could be a breakthrough for neuroscientists.

While starlings don't use words, they can provide insight into the cognitive processes that make language learning possible.

Research and advancements like this shed some light on the brain, a wildly complex organ that we know very little about. There's still a lot of of work to be done in this field.

For now though, keep an eye (and ear) on the sky.

A chattering of starlings, no doubt discussing the avian uprising. Photo by Filippo Monteforte/AFP/Getty Images.