They Put 7 Famous Actresses Together. I Only Wish Their Conversation Shocked Me More.

Time for some real talk. 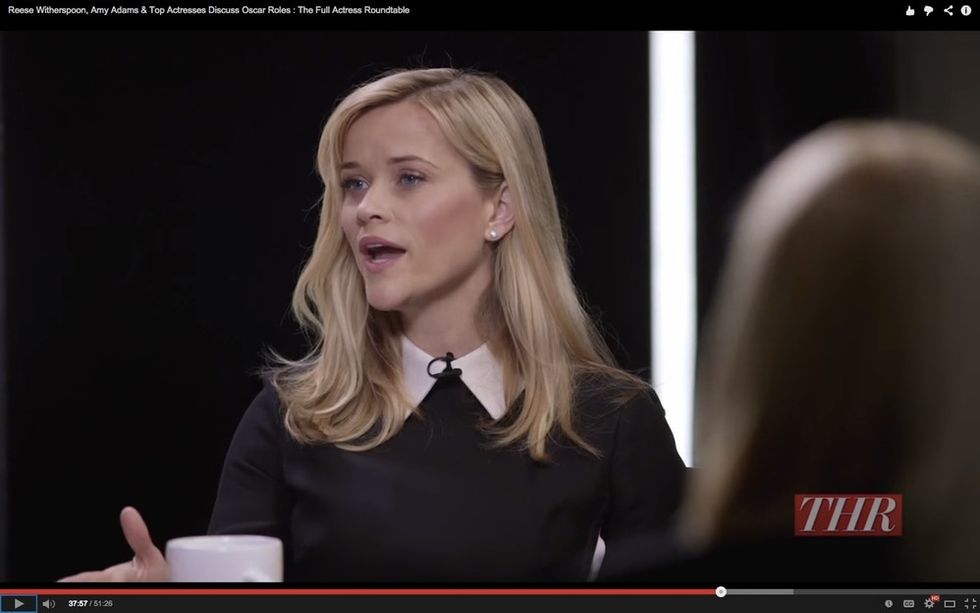 Don't you just love it when celebrities aren't afraid to put the media in its place? At this year's Hollywood Reporter roundtable, that's exactly what happened.

Every year, The Hollywood Reporter hosts a series of roundtable discussions with famous people in The Biz. They chat about their work from the year, key issues that came up, stuff like that. This year's roundtable of actresses featured a lot of talk about the media. It can be boiled down to this: YO MEDIA, what's your problem!? Here are a couple key moments from the interview.

It started when Patricia Arquette pointed out some of the ridiculous double standards for actresses.

What's Patricia Arquette really saying here? She's saying that the media wants women to be open and vulnerable and raw, but only if they are also delicate and pretty. When an actress makes a deliberate acting choice to not show their character as dainty and sweet, she is judged as if that is simply a failure of her own body — her body is too masculine, or she was the wrong choice for the part.

This clip was pulled from the actresses' responses to a question that's posed at 10:44 in the video embedded below: "What's your most embarrassing moment in Hollywood?"

And when the conversation turned to violation of privacy, Reese Witherspoon spoke up about how appallingly the media treats women.

Then the August 2014 hacking and leak of nude photos of Jennifer Lawrence and others came up. The members of the roundtable had some strong opinions.

If you're curious to check out that whole clip of the interview and hear from the other actresses, head to 34:19 in the embedded video at the bottom of this post.

I wish we didn't have to have these conversations — because I wish we lived in a world without the rampant sexism that necessitates them.

I wish the media didn't tear women down all the time. I wish we could appreciate an actress' interpretation of a certain character without holding her up to our idea of how delicate and vulnerable all women must be. I wish I was more shocked by the instances of everyday sexism these celebrities — and all women — face.

Until then, I applaud these celebrities for speaking out.

If you'd like to catch the whole roundtable discussion, here's the video. It's pretty long, but there are quite a few great moments if you've got the time to check it out.

Note: Before you go, I would like to address the lack of diversity in this year's drama actress roundtable. This year's discussion featured seven amazingly talented white actresses. While the discussion was lively and important, it did not address any problems that non-white women are facing in Hollywood. Is there anyone on this year's roundtable that didn't deserve to be there? Absolutely not. Are there plenty of non-white actresses who did deserve to be featured? Yes. I look forward to seeing a more diverse array of women in next year's selection.