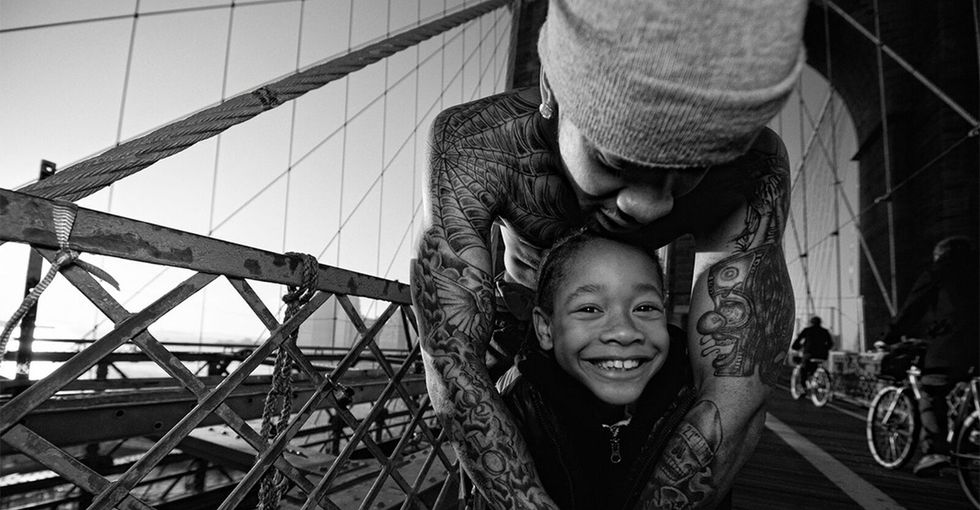 Those are just some of the words and phrases that have been used to describe black fathers for years, and they've made a lasting impression. Research, though, has proven what many of us already know:

A Centers for Disease Control and Prevention study from 2013 found that black dads are actually more involved with their kids on a daily basis than any other racial group. Photographer Zun Lee recently partnered with the Campaign for Black Male Achievement to help change the erroneous narrative of the absent black dad.

"My biological father wasn't present, but there were many other [black men] that stepped up and were there," Lee explained of his motivation for the series. "I had father figures that I remembered helping me along the way. Because of them, I wanted to reframe the way America sees black fathers and black masculinity."

Lee has contributed to numerous campaigns debunking myths surrounding black men, most recently #BlackMaleReimagined. The campaign focused on some incredible data about the everyday lives of black dads, pairing them with Lee's photos.

The images he produced are breathtaking.

1. Lee's photos show some heartwarming moments in the lives of black fathers and their kids.

All images by Zun Lee, used with permission.

2. Many black dads — though stigmatized in society — are working hard to shift the narrative.

4. Black fathers took their children to activities more often than fathers from any other racial group.

5. More black fathers live with their children than live away from them.

6. Black fathers with children under the age of 5 prepared or ate meals with their kids more than their white and Hispanic counterparts.

8. But even the black fathers who didn't live with their kids were still extremely active in their lives — reading to them, changing diapers, and assisting with their homework more than fathers in other racial groups.

9. Of the black fathers who live with their children, 4 out of 5 read to them.

10. Of black dads living with their children, 82% of them with children under 5 play with them daily.

12. Many black dads are loving.

13. And many black dads are working to make sure that the world knows these things as well.