The simple but life-changing ways Meals on Wheels helps seniors in need. 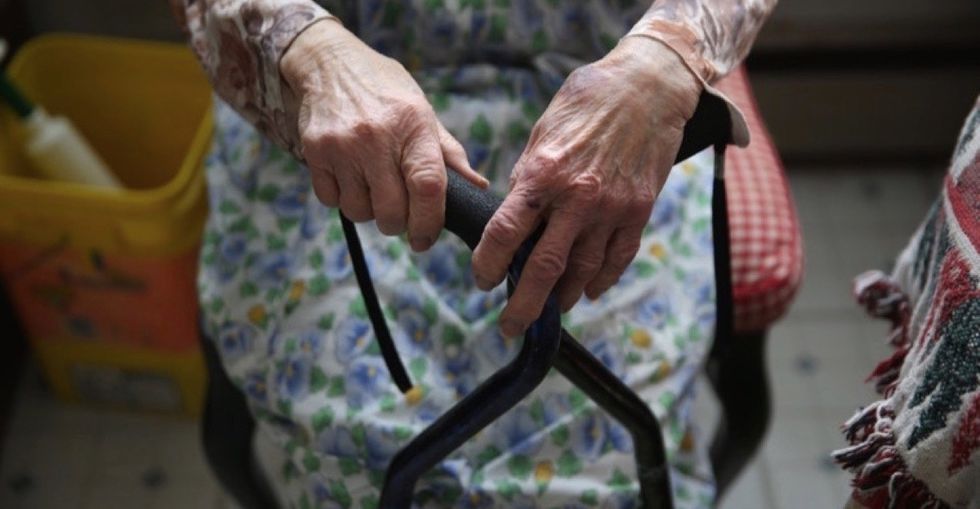 The Trump administrations's preliminary budget cuts at the heart of things that make America great.

It eliminates funds for coastal research programs that prepare regions for storms and rising water levels. It reduces work-study aid for college students. It cuts poorly performing Job Corps centers. It limits funds for United Nations peacekeeping. It eliminates the Corporation for Public Broadcasting, the umbrella organization for PBS and NPR. And that's not even half of it.

One move that's getting a lot of backlash is the elimination of Community Development Block Grants.

Meals on Wheels delivers nutritious lunches to seniors who apply. Participants can pay a suggested donation, but no one is turned away if they can't pay. Since clients must be home to receive the meals, MOW volunteers provide consistent contact and social support for people who may not have either. The program also serves lunches at meal sites and dining centers around the country. Anyone over 60, regardless of income, is invited to dine in. Some of the centers also provide classes and outings for seniors.

For the people who use Meals on Wheels, it's quite literally a lifesaver.

Yet it finds itself under the knife. It's unclear just how severely the loss of the block grant would affect the organization. Just 3% of the national organization's funding comes from Community Development Block Grants. 35% comes from the Older Americans Act, part of the Department of Health and Human Services, which is also facing drastic cuts. But while the national office may not heavily rely on CDBGs, state and regional Meals on Wheels programs often do. There's a lot of uncertainty.

Tom Neville arrives to a nutrition center with a Meals on Wheels food delivery. Photo by John Moore/Getty Images.

No matter how you slice it, if federal cuts occur, people will go hungry.

There's no doubt this is a valuable program worth keeping.  Here's a look at Meals on Wheels impact by the numbers.

The number of U.S. seniors who struggle with hunger. That's just over 16%, or about 7.7 million people. ‌‌

Gertrude Robinson, 97, receives a Meals on Wheels delivery from the Sullivan County Office for the Aging. Photo by John Moore/Getty Images.

The year the population of seniors will have doubled, to reach nearly 90 million people. ‌‌

The percentage of Meals on Wheels home-delivery clients who live alone. ‌

Joseph Horecky, who is 90 and has a vision impairment, in his kitchen after receiving a Meals on Wheels delivery. Photo by John Moore/Getty Images.

The percentage of Meals on Wheels participants who are physically unable to shop for groceries.

‌But for every alarming statistic, there's hope and good news.

The percentage of Meals on Wheels participants who say the program helps them to remain living in their own home.

The cost of one year of MOW meals for one senior. That's about how much three adults spend on Christmas gifts.

The number of veterans Meals on Wheels serves each year. That's more than enough veterans to fill the Rose Bowl five times. ‌

The number of seniors Meals on Wheels programs served in 2016. That's like serving lunch to the entire populations of Minneapolis, Denver, Memphis, Sacramento, and Orlando. ‌‌

The number of meals served by Meals on Wheels programs in 2016. If each meal came with a slice of sandwich bread, that bread placed crust to crust would stretch from Seattle to Miami and back about four and a half times!

‌Not enough data? There's plenty more where that came from.

The evidence is clear: Meals on Wheels is vital and necessary.

Like many of President Trump's proposed budget measures, this is a heartless cut that saves very little money in the long term and tears at the very moral and communal fabric that makes this country one of a kind. ‌‌

Cuts aside, Meals on Wheels could use your support today.

You can volunteer in the kitchen or as a driver. Some communities even offer bicycle and walking routes to deliver meals in your neighborhood. If you're able, consider making a financial contribution to the national or a local MOW agency. Whether or not the budget goes through, Meals on Wheels relies on donations to keep the meals, wellness checks, and other resources arriving without interruption. Give what you can, as you're able.

Doris Murch, 85, speaks with Tom Neville after he brought her a food delivery in Lafayette, New Jersey. Photo by John Moore/Getty Images.