Hi. I was raised in St. Louis, Missouri. I was in town early for Thanksgiving, so I was also in town for the Ferguson grand jury announcement and the week following. While I was decorating a friend's small business for Christmas (yes, really), another friend was talking about the time the protests came to Trader Joe's, where he works. 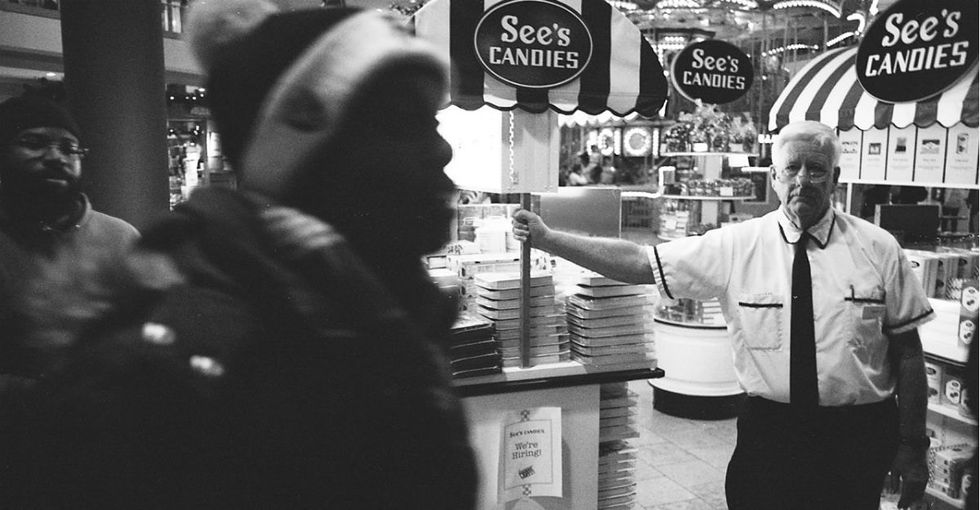 Then he showed me these flyers.

He told me, "The protestors apparently leave them on EVERY CAR, EVERY TIME they protest."

More #Ferguson protestor flyer wisdom. Super sensible and specific and WHY have I not seen this on the news?!??? pic.twitter.com/GQwBeWW6KM
— Lori White (@lolololori) December 2, 2014

#ferguson protestors leave flyers with their reasoning at each place they go. Pretty sensible, if ya asked me. pic.twitter.com/ujYza6J1vz
— Lori White (@lolololori) December 2, 2014

Here are some more close-ups so you can read 'em if you want!

Missouri Gov. Jay Nixon's number is 573-751-3222, in case you didn't catch that. Or you can email Steve Stenger at SStenger@stlouisco.com. Maybe they'd like to re-read these flyers a bit.

"You make an excellent point, flyer!"
— My inner monologue

This part stood out to me:
"An average police training in the United States is 15 weeks. Fifteen weeks is nothing. Police forces in other countries have [training] twice, three times as long ... It's all about how police officers are prepared to deal with people who pose threats ... we are saving money on police training ... It's irresponsible ... Basically, what we're doing is putting a dollar sign on people's lives, both of police and of members of the public."
— Martha Haberfiled, PHD in Criminal Justice

It's been really weird hearing the national news talk about protesters who don't know what they want when I'm sitting here in my kitchen in St. Louis looking at a flyer that spells it out so clearly. I don't get it.

Based on the amount of retweets these flyers got, I'm not the *only* one who doesn't get it...

Maybe if enough of you see their flyers, the news might start feeling left out and join the "noticing the flyers protesters bring to every protest" party!