The First Muslim and Native American women were just elected to Congress. 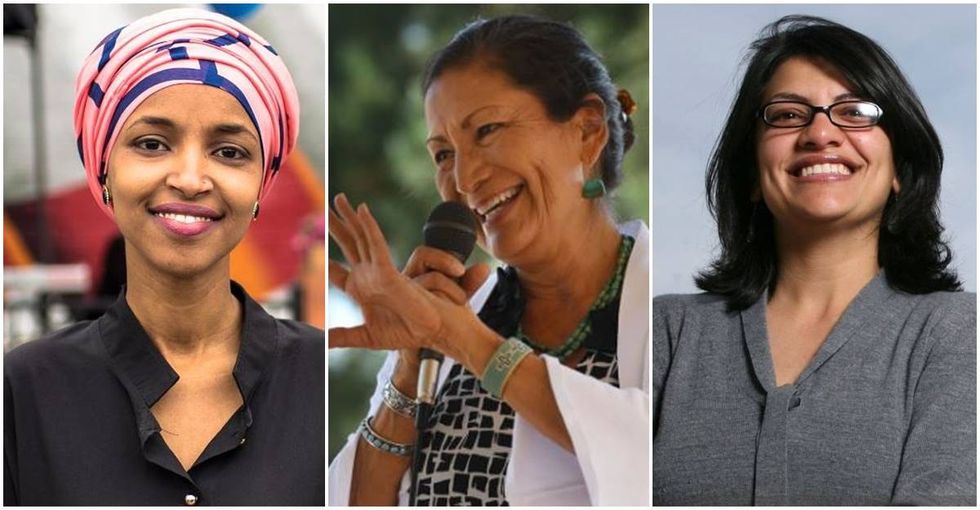 The polls have yet to close across the country and two historical firsts have already been made in the 2018 midterm elections.

The first Muslim and Native American women have been elected to Congress.

Tlaib ran without any Republican opposition in a heavily Democratic district.

She is also now the first Palestinian-American elected to Congress.

Tlaib entered the race after winning a separate Democratic primary to fill out the remainder of former Representative John Conyers’ current term. Conyers resigned after allegations of sexual harassment.

Tlaib is expected to share the title of first Muslim woman elected to Congress after Ilhan Omar of Minnesota is declared the winner in her race for Minnesota’s Fifth Congressional District. Polls had Omar far ahead of Republican Jennifer Zielinski coming into election day.

Omar will also be the first headscarf-wearing member of Congress, as well as the first Somali-American U.S. legislator, and the first woman of color to represent Minnesota in Congress.

“They defy ideas of what Muslim women should look like, do like, be like, and I think people will continue to be fascinated by them,” Wa’el Alzayat, CEO of Emgage, a nonprofit that supports US Muslim political engagement, said.

“They bring certain perspectives and experiences and views to Congress, which is predominantly white male," Alzayat continued, "and that is the whole point of electing people like them.”

Haaland is a member of the Laguna Pueblo tribe, whose name derives from the small lake on its west-central New Mexico reservation.