She Was 5 Days Old When A Baby Nurse Gave Her Brain Injuries. Now Her Dad's Built Her A School.

This is quite the story of hope. 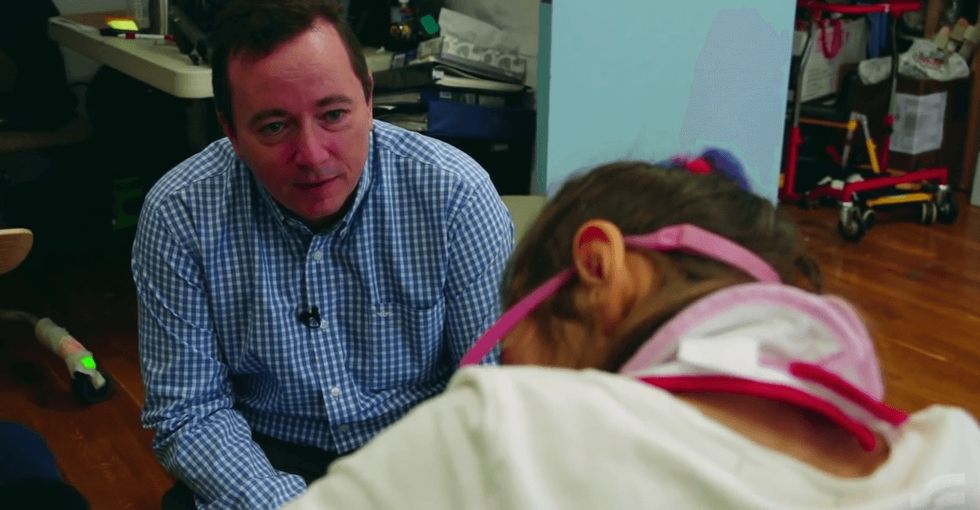 Five days after she was born, Sarah Jane's life was changed forever.

"She was violently shaken by our baby nurse. The abusive head trauma, broke four ribs, both collar bones, she lost about 60% of the rear cortex of her brain."

The cerebral cortex is known as the outer covering of gray matter over the human brain. The back part of the brain includes the parietal lobe, the occipital lobe, and the temporal lobe.

Those sections of the brain are responsible for several things, like feeling pain, the sense of touch, and language ability.

So losing 60% of the cortex covering that area is going to impact a person's ability to function a lot.

Thanks to her baby nurse's abuse, Sarah Jane would never walk or talk again — or so her doctor said.

Sarah Jane cannot walk without an aid and has underdeveloped motor and speech functions.

Even worse, the state of New York didn't have any schools to help out kids with injuries like Sarah Jane's.

It could've been incredibly easy for any parent to lose hope over a daughter like Sarah Jane from ever getting better.

Rather than give up, Sarah Jane's father decided to take things into his own hands.

And that's how iHope came to life.

While we don't know whether or not Sarah Jane and other kids like her can ever fully recuperate from their brain injuries, the fact that they're at least improving even the littlest bit from the therapy is something to celebrate.

But we need to remember — this isn't just about Sarah Jane's story.

The real issue here is that there are many other kids who need these sort of educational and therapeutic resources and don't have them. And they deserve those resources.

iHope has helped dozens of children already. Imagine how many thousands of children with brain injuries in the U.S., beyond New York, would benefit from them. This one school is just a piece of the puzzle.