Quran passages or Bible verses? People react negatively — and then learn the truth. 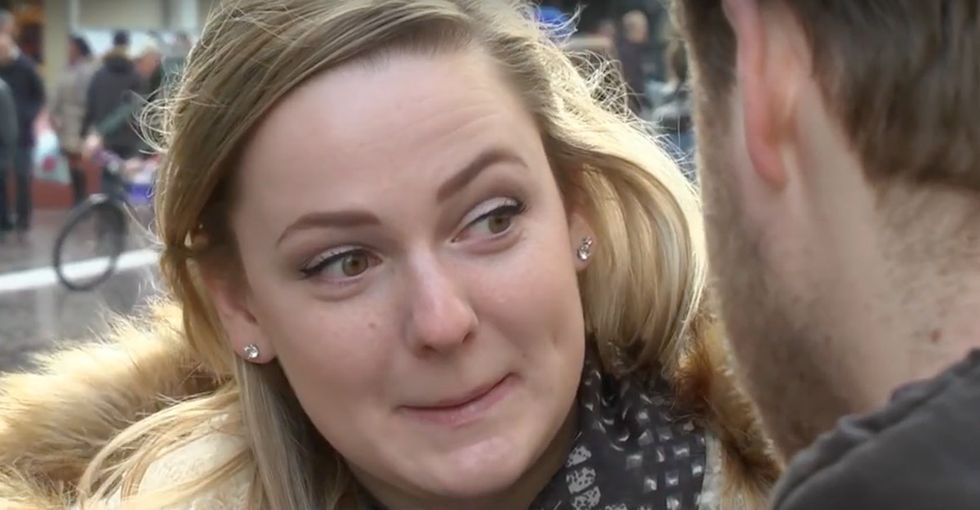 Following the terrorist attacks in Paris by ISIS (or, if you like, Daesh) extremists and the mass shooting in San Bernardino by two people who claimed to be Muslim, a lot of Americans are allowing their thinking to be replaced by fear. Some people are even reacting violently.

Others are working hard to find justification for their beliefs — even if they're not acting out.

One of the things I've noticed is that in support of anti-Muslim comments, many people keep offering up quotes from the Quran.

They do that as justification for their belief that Islam is founded on violence and that the religion teaches its followers to act violently — and as such, we should be worried that any Muslim could be a violent terrorist. I've also seen several people refer to the marriage of very young girls as being in the Quran — as justification that Islam is just incompatible with Western ways of life.

I think most rational people know better. But for those who don't, some folks carried out a little experiment to make a point.

They took a Bible and wrapped it in a different cover, making it appear to be a Quran.

All following GIFs and images by Dit Is Normaal, a group based in the Netherlands. The video is in Dutch and subtitled in English.

Then they found some passages that aren't exactly compatible with the way most Westerners live these days.

"A woman should live in quietness and full submission."

"If you reject my commands and abhor my laws, you will eat the flesh of your own sons. And your own daughters."

"I don't allow for a woman to teach. You will have to cut off her hand. Do not forgive her."

"If two men sleep with each other, they will both have to be killed."

When the interviewers asked passersby what they thought of those passages, they were honest.

Believing they were being read passages from the Quran, people reacted with surprise, disgust, and negativity.

The interviewers also asked how the Quran compared to the Bible.

That's when the interviewers let the folks in on what we knew all along: These aren't teachings of the Quran.

Everyone was visibly surprised.

The lesson, of course, is that we need to step back and look at what we're doing here.

This guy gets it:

The best part of this video is that the folks were willing to acknowledge their biases.

Nobody got defensive or angry. They realized what happened.

Information comes at us from many directions and is often framed in a way that influences our thinking. This woman sums things right up:

And so does this man. We need to step back and think it through.

Religions adapt and change with the times.

We need to stop applying a double standard.

Let's keeps our fears in check and remember that Muslims are peaceful people. They want to raise their families and enjoy their lives and have the same opportunities as anyone else. It's pretty simple.

You can watch the full video here. It's worth it to see how the biases that people probably don't even realize they have influence their thoughts: