Next Time You See This Machine At A Wedding, Remember It Does A Lot More Than Take Wedding Photos

At 2:29, President Obama makes a joke about the Jonas Brothers that has John Oliver doubling over in shock. At 4:04, Oliver points out one of the biggest darn loopholes in our U.S. policies about drones. But it's at 8:33, when he really points out how completely messed up it is, that he delivers a punch to my gut. Before the segment ends, he drops the f-bomb at 12:18 for a really darn good reason. 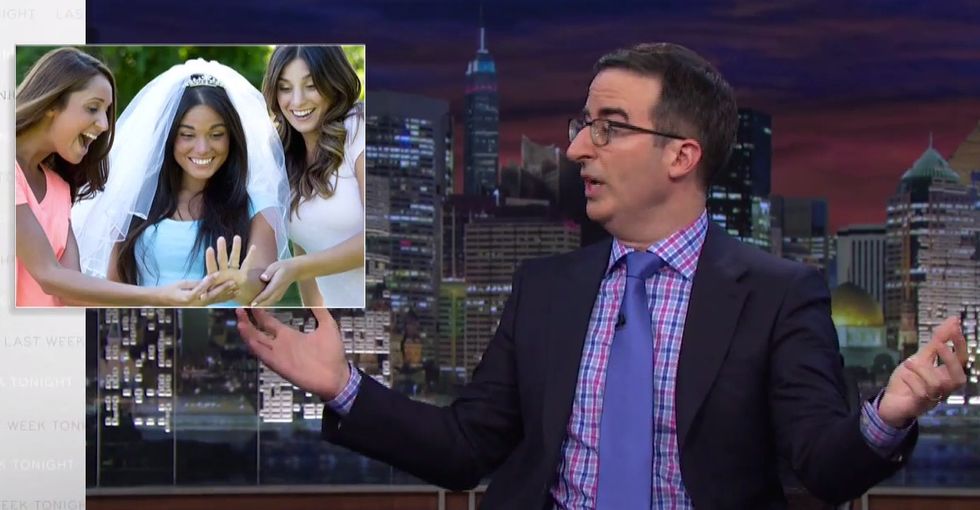 Drake at the Oklahoma City Thunder vs. Houston Rockets game this week.

Drake is one of the most famous people on the planet. The “Way 2 Sexy” rapper was No. 4 on Spotify’s most-streamed artists in 2021 and is the 27th most popular human being on social media with more than 192 million followers.

His massive fame and sheer number of huge hits earned him the number 12 spot on Insider’s list of Best Canadians of All Time. That’s quite the honor, too. He’s even ranked higher than William Shatner from “Star Trek” and actor Seth Rogen. That’s truly rarified Canadian air.

Drake is also a huge NBA fan and is a regular sight at Toronto Raptors games.

On Wednesday, he was in Oklahoma for the Oklahoma City Thunder vs. Houston Rockets game, sitting courtside to support fellow Torontonian, Shai Gilgeous-Alexander of the Thunder.

Before the Rockets were ready to hit the court, a camera crew posted up in front of Drake and he responded with a nonchalant peace sign. Sitting to Drake’s left was an older couple who didn't understand why he was getting so much attention.

In the video, it appears as though the gentleman asks Drake, “Are you famous?” and the woman to his left who appears to be his wife, adds, “Who are you?”