Millions are about to have access to free e-books. Thanks, Obama.

Major publishers came together to make more than $250 million in books available for free. 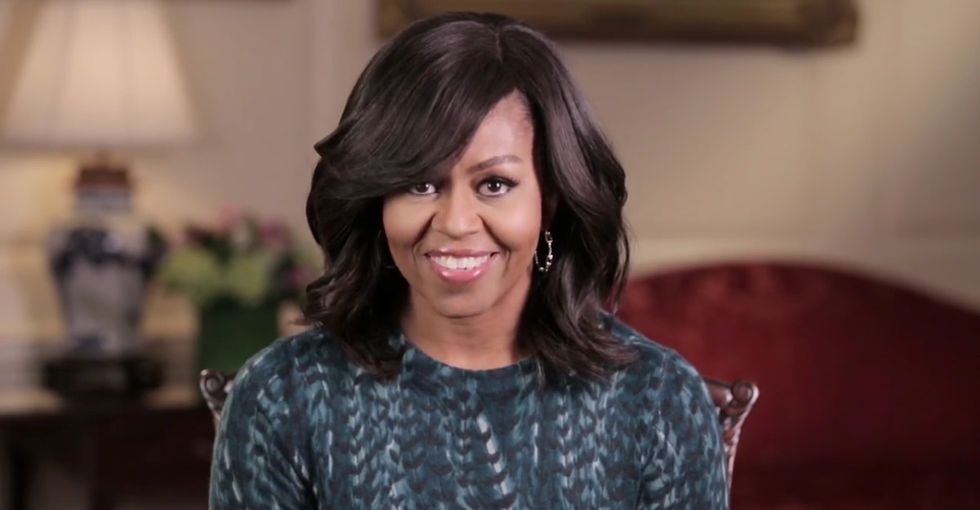 What was your favorite book growing up?

Was it a classic like "The Secret Garden," "The Phantom Tollbooth," or "Stuart Little"? Or maybe something with a bit of mystery like "From the Mixed-Up Files of Mrs. Basil E. Frankweiler" or something from the "Hardy Boys" series? Or maybe it was something else altogether.

Most of us can probably think back to our childhoods and remember a book or two that fueled a love of reading and a thirst for knowledge — a book with near-magical qualities, a book that quite literally changed your life.

Photo by US Army Africa/Flickr.

But did you know that growing up in a house with lots of books can give you a major advantage in life?

That's what a study conducted by the University of Nevada in 2014 found. The more books kids have at home, the better they'll do in school. This rang true across across gender, class, and even country. Those with the fewest books — typically children from low-income families — benefitted the most per additional book added to the home. The books don't even have to be children's books. If you grew up in a household where your parents had lots and lots of books on their shelves, that's enough to give you an advantage.

With this in mind, a new program is looking to make books more accessible to children and their families than ever before.

More than $250 million worth of e-books are soon going to be available to kids in need — for free.

And these aren't just any titles. A handful of major publishers have signed on to the program, so these are thousands of popular, award-winning books handpicked by the Digital Public Library of America's Curation Corps.

It's part of President Obama's ConnectED initiative to bring broadband Internet and educational materials to kids around the country. The New York Public Library agreed to take on the task of creating a special e-reader for this new program.

It's called Open eBooks, and it's going to make a big difference in the lives of children and families who can't afford to stock their shelves with lots of books.

GIFs via The White House/YouTube.

For children with access to the app, it'll be like having a library in the palm of their hands.

Access to the app's library will be provided by a child's school, local library, after-school program, or from other programs aimed at kids in need.

Visually, the app is a lot like other e-reader apps such as Amazon Kindle or iBooks. The big difference is that the book selection is aimed at children in kindergarten through 12th grade and that all the books are free to borrow.

An example of one of the books. Images from the New York Public Library/Apple App Store.

Some barriers remain — for example, what about kids from families who don't own tablets or smartphones? — but that gap is closing.

A recent study found that 85% of families living below the poverty line with children between the ages of 6 and 13 have a tablet or smartphone. One goal of the ConnectED initiative is making it easier for children to borrow these devices from schools or local libraries, as well as gaining access to Wi-Fi.

Do physical books no longer matter? Of course they do. Open eBooks isn't meant to completely replace physical books, but rather to complement them. It's just another building block helping level the playing field between kids who come from houses stocked full of books and kids whose parents can't otherwise afford to keep books and reading material on their shelves.

It's ensuring a future in which all kids can experience that same magical feeling you felt when you read your favorite book as a kid.

You can learn more about Open eBooks at the program's website, and you can watch Michelle Obama's launch announcement below.