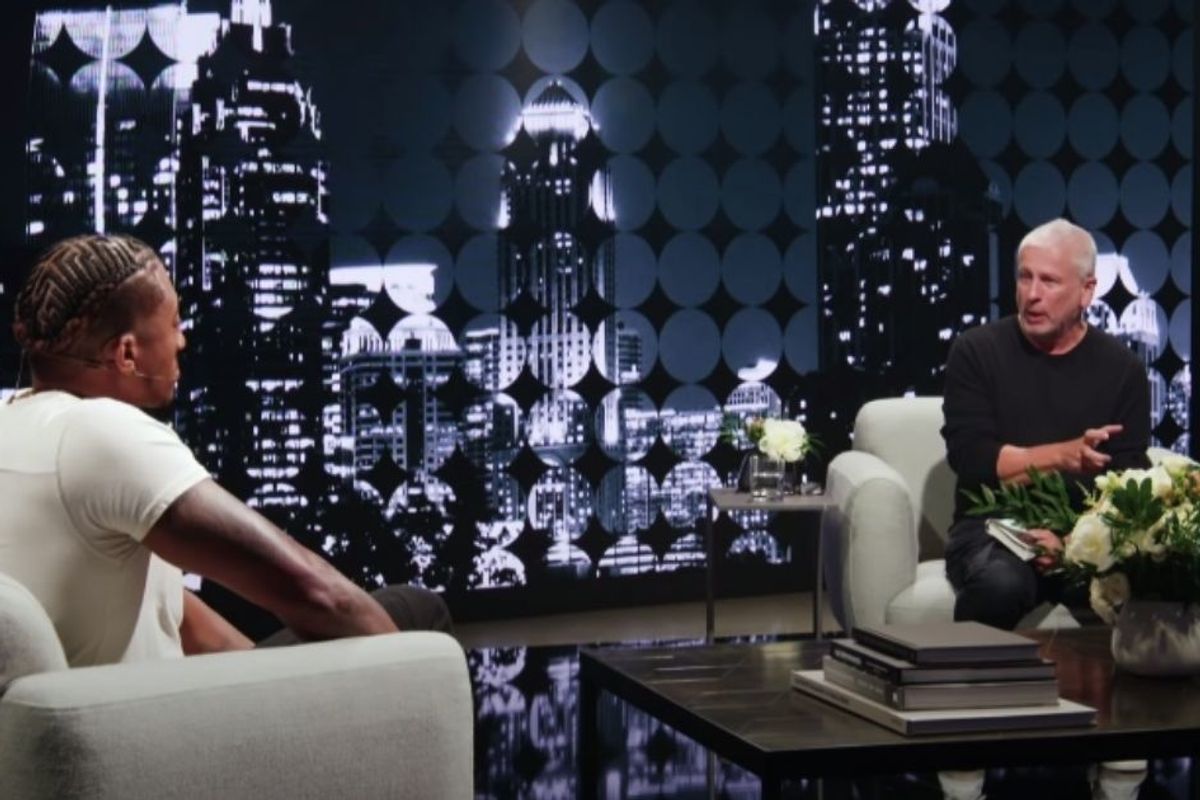 In today's episode of WTF America, a pastor of an Atlanta megachurch tried to make an argument that the benefits white Americans got from slavery were blessings.

In what was billed as "an honest conversation about race and the Church" on June 14, Passion City Church pastor Louie Giglio talked with Chick-fil-a CEO Dan Cathy and rapper Lecrae. And in the course of their conversation, Giglio somehow ended up referring to "the curse of slavery" as "the blessing of slavery" when talking about how white people benefited from it. (This should go without saying, but if you ever find the words "the blessing of slavery," coming out of your mouth, you need to stop talking immediately.)

Why? Because, he says, the phrase "white privilege" trips a lot of white people up. So calling it "white blessing" somehow...helps?

Needless to say, it didn't go over very well.

Pastor Louie Giglio, rapper Lecrae and Chick-fil-A CEO Dan Cathy "had an honest conversation about race and the Chu… https://t.co/bmX9QaQ7Ed
— Nicola A. Menzie (@Nicola A. Menzie)1592268618.0

People rightly pointed out that using the word "blessing" in relation to slavery is, well, peak white supremacy.

"White privilege" makes people uncomfortable, so let's change the wording to something that will further entrench white people in denial and make them think that somehow the benefits of slavery were divinely ordained favors bestowed upon white people? Isn't that what "blessing" literally means?

@alloydesq @namenzie I feel the same. Blessings come from GOD and are ordained by Him. The mistreatment of black pe… https://t.co/Wrev8R3Q0O
— Alicia Thompson (@Alicia Thompson)1592310430.0

Thinking you can rename a relatively benign phrase because it rubs some white people the wrong way is also, ironically, an example of white privilege in action.

Giglio has apologized for his word choice, stating that he was "not seeking to refer to slavery as blessing—but that we are privilege because of the curse of slavery...word choice wasn't great. Trying to help us see society is built on the dehumanization of others. My apology, I failed."

Indeed. Having the hard conversations about race and racism is good, and white folks are prone to stepping into an unconscious sense of superiority in those conversations. But a pastor with a huge platform—who is seen by congregants as a man sharing God's word—calling the benefits of slavery a "blessing" is over-the-top problematic. Even if his intention in the conversation was pure, even if his heart was in the right place, that message is worthy of condemnation.

Lacrae posted a video on Instagram responding to the controversial clip, which is important to hear:

Instead of trying to reframe reality to cater to white people's comfort, let's have a conversation about the audacity of white people losing their minds over a two-word phrase while people of color have to deal with the ongoing stress of subtle and blatant individual, systemic and institutional racism. The longer we try to keep white people comfortable, the longer it's going to take to deal with the issue of racism in our society.

You can watch the entirety of the June 14 conversation here: